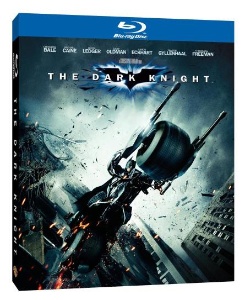 This year’s must-own movie, the critically-acclaimed blockbuster The Dark Knight, hits the street on December 9th as Warner Bros.’ first home entertainment release to include Internet-enabled interactive features exclusive to the Blu-ray format. The Dark Knight Blu-ray takes advantage of next-generation technology through BD-Live, which is accessible through internet-connected Blu-ray players (including PlayStation 3).

Warner Bros. BD-Live allows users to experience a variety of exclusive interactive features. The Dark Knight Blu-ray owners can host their own Live Community Screenings with friends, record and post user-generated commentaries over the film using My WB Commentary, access more The Dark Knight content exclusive to Warner Bros. BD-Live, get sneak peeks and trailers of upcoming Warner Bros. films, create an online library of Blu-ray movies, manage a wish list for upcoming releases and connect to the WB store.

Users will be able to host their own Live Community Screening with their buddy list or the entire Warner Bros. BD-Live community. Fans and friends across the country can send invitations for screenings at a specified time and chat with each other as the movie plays.

The “My WB Commentary” feature of BD-Live will allow fans to post user-generated Picture-in-Picture commentary right over the film then share it with friends or the entire Warner Bros. BD-Live Community. Using a web-camera, users can record their own comments and play them back as a Picture-in-Picture feature over the film scene they have chosen. Users can then post the commentary on BD-Live, share it with whom they select and receive a rating on their videos.

More Warner Bros. BD-Live initiatives will be announced in the coming weeks, including the opportunity for fans to interact with director Christopher Nolan during a special Live Community Screening.

BD-Live is only accessible through a Blu-ray Disc™ played on an Internet-connected or Blu-ray player (including PlayStation3) with BD-Live capabilities and sufficient data storage.

“Blu-ray’s BD-Live technology offers consumers the ability to integrate social networking and user- generated content with the best possible picture and sound of movies at home,” said Ron Sanders, President of Warner Home Video. “We are committed to helping this new technology grow and helping to connect people who love movies.”