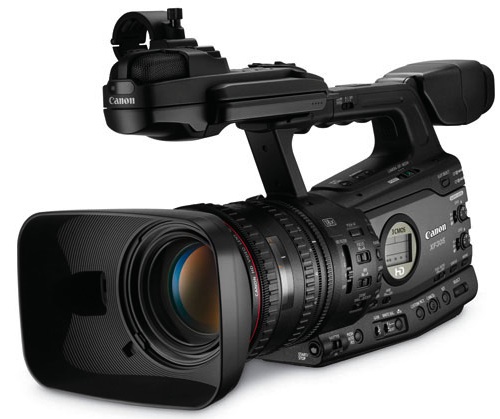 Canon announced significant enhancements to the Canon XF305 and XF300 Professional Camcorders, including the ability to configure two units for 3D HD video capture. Canon's new firmware upgrades the XF300-series camcorders to include Canon's 3D Assist Function that allows two units to be easily set up for 3D HD video, as well as an updated Scan Reverse function, Double Slot Recording for instantaneous backup, and the option to disable Relay Recording.

3D Shooting Capability
Canon's 3D Assist Function facilitates the setup of two XF305 or XF300 Professional Camcorders when used together to capture 3D HD video. The new firmware includes the ability to perform OIS Lens Shift to aid in optically aligning two XF305 or XF300 camcorders and a Focal Length Guide to display the zoom position of each camera in relation to each other and help calibrate zoom settings. This adjustment can be done through the menu system while the camcorders are mounted to a rig or tripod. Once aligned, the amount of the angle-of-view change is displayed after zoom adjustment, preventing camera misalignment and simplifying adjustment. This is similar to the 3D shooting functionality found in the Company's XF105 and XF100 model professional camcorders. 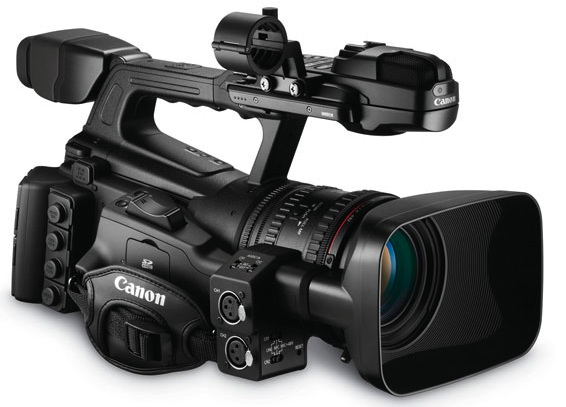 Scan Reverse
The new firmware updates the Scan Reverse functionality of XF300-series camcorders to allow for recorded images to be flipped on the horizontal axis, vertical axis, or both simultaneously to facilitate recording with 3D mirror rigs.

Double-Slot Recording
This new function allows the camcorders to record footage simultaneously to both card slots for instant backup of important footage and files. Ideal for use in production environments to ensure multiple copies are secured for each take. 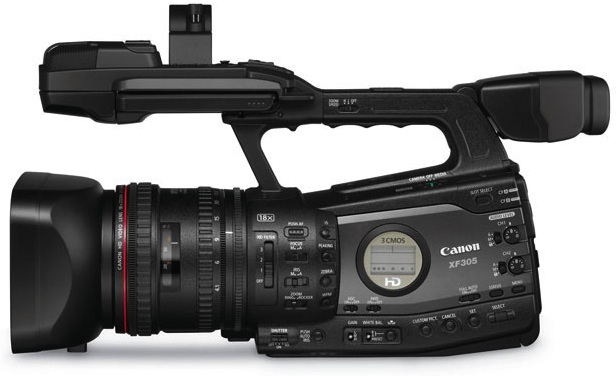