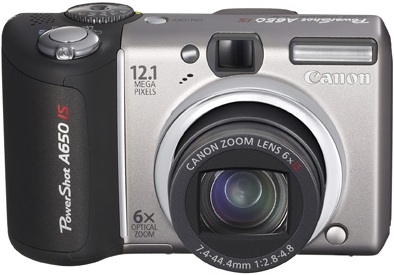 Both cameras maintain many of the features of this ultra-successful line, with improvements to better meet the needs of users who want a solid and smart point-and-shoot with user-friendly manual capabilities. So, whether it’s an experienced enthusiast looking for a full feature-set and lots of imaging benefits, or a casual, or even first-time user looking for an easy-to-master point-and-shoot, the Canon PowerShot A650 IS and A720 IS digital cameras will more than satisfy. These cameras, with a comfortable shape and design that features a grip for a natural fit and stable handling, are great for outdoor enthusiasts needing to capture that special moment when they reach the top of the mountain or trek through the rainforest.

“By enhancing the PowerShot A650 IS and A720 IS digital cameras with advanced, yet user-friendly feature-sets, at a reduced price point, the A-series will continue to stand-out from the competition,” said Yuichi Ishizuka, senior vice president and general manager, Consumer Imaging Group, Canon U.S.A.

The PowerShot A650 IS digital camera is designed for photo enthusiasts who demand superior image quality, and are looking for a versatile camera with exceptional creative control. The PowerShot A650 IS Digital Camera has breathtaking 12.1-megapixel resolution and a generous 6x optical zoom with optical image stabilization (OIS) that ensures steady shooting every time. A variety of enhanced controls, such as 21 shooting modes including Kids & Pets, Manual, Aperture-Priority and Shutter-Priority, among others, will also give users a lot of freedom to make the camera adapt to their specific needs. All of this power is easily navigated via the intuitive mode dial, easily viewed via the 2.5-inch Vari-Angle LCD and just as easily handled, via the ergonomic grip. With these targeted features, users can spend more time actually taking photos, rather than trying to figure out how to take them. 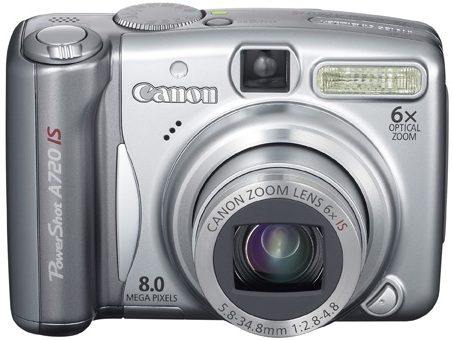 The PowerShot A720 IS digital camera is designed to make capturing and preserving memories fast, fun and easy for Moms and Dads on-the-go with their busy, growing families. The upgraded 8.0-megapixel resolution and Canon’s Optical Image Stabilization technology ensure that images are sharp and clear in almost every situation – even those prone to image blur caused by camera shake. The PowerShot A720 IS camera is also capable of recording high-quality VGA movies, making it perfect for capturing memories in motion. The new camera has a wide array of creative shooting modes, a simple control layout for super-easy operability and an ergonomically correct grip to ensure a comfortable fit. 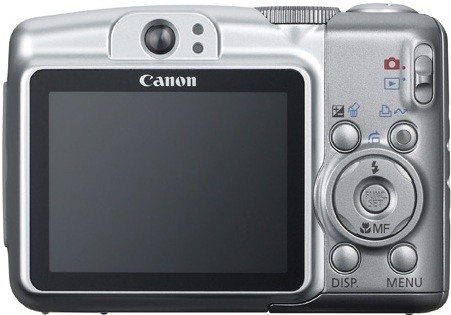 ADVANCED FACE DETECTION
With Canon’s new Genuine Face Detection technology, the camera can detect up to nine forward-looking human faces in a scene. The Face Detection algorithm automatically prioritizes and selects faces and not simply the closest object (based on Canon’s Intelligent Scene Analysis/iSAPS technology). It will then optimize the focus, exposure and flash to ensure the best possible results. Using Canon’s Face Detection, photographers can keep up to nine faces in focus at any one time no matter where they are within the image. Working in concert with Face Detection, the “Red-Eye Correction” feature helps to detect and correct red-eye during playback mode. Images can be corrected automatically or manually while viewing photos on the LCD screen. Canon’s new Face Detection Technology makes for even easier picture-taking moments, helping users ensure in-focus smiles, and assist in the elimination of over-exposed faces.

The steady effectiveness is further enhanced when paired with the new “Auto ISO Shift” feature which, at the touch of a button, can automatically increase the ISO speed setting as required to maintain fast shutter speeds when shooting in low-light conditions without a flash.

HIGH-CAPACITY MEMORY CARD CAPABILITY
As an added convenience, Canon PowerShot digital cameras also accommodate MultiMedia MMC memory cards, as well as standard SD memory cards and the new, high-capacity SDHC memory cards. This way, consumers do not have to carry around multiple memory cards in order to be able to continue to save those special moments during extended vacations or high-photo-taking adventures. Canon PowerShot owners can travel in sleek style. 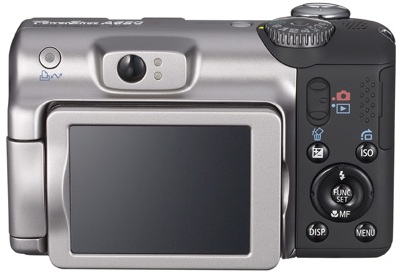