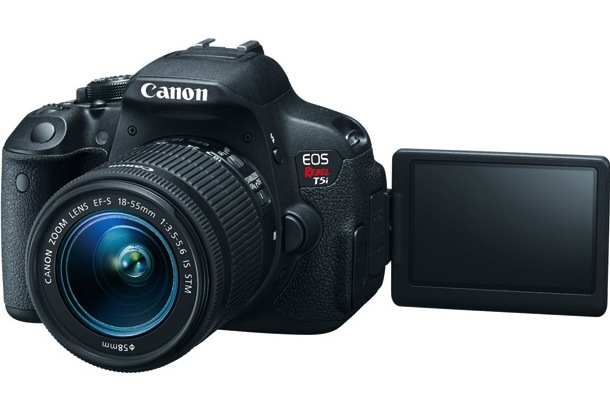 Canon today announced the EOS Rebel T5i Digital SLR Camera, although it’s not much more than a name change over its predecessor, the T4i. The new T5i appears to have a new mode dial and comes bundled with a new kit lens, but is otherwise the same camera as the T4i.

The T5i offers an 18-megapixel CMOS (APS-C) sensor and DIGIC 5 Image Processor. Combined with an extensive ISO range of 100-12800 (expandable to 25600 in H mode), the EOS Rebel T5i boasts crisp, detailed images, even in low-light conditions, and continuous shooting speed of up to 5.0 frames per second (fps) united with 9 all cross-type AF focus points. 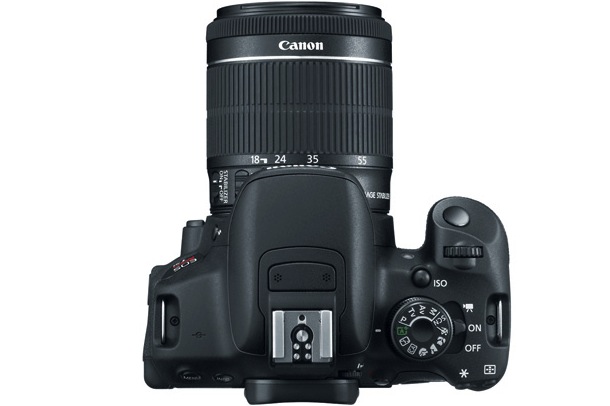 When shooting in Live View mode, the Hybrid CMOS AF system enables speedy and accurate autofocus for photos and video. Coupled with Canon’s new EF-S 18-55mm f/3.5-5.6 IS STM lens, available in the standard kit lens bundle, the EOS Rebel T5i takes full advantage of the Stepping Motor (STM) technology, which allows the lens to smoothly and silently focus on the subject whether it is moving or standing still.

Canon’s seven Creative Filters cam be applied in Live View, allowing users to preview the filter on the vari-angle three inch LCD touch screen without having to shoot the image first. Effects such as ArtBold, Water Painting, Grainy Black and White, Soft Focus, Toy Camera, Fish-Eye and Miniature let users pick and choose how to best express their creative vision before or after the image is captured. 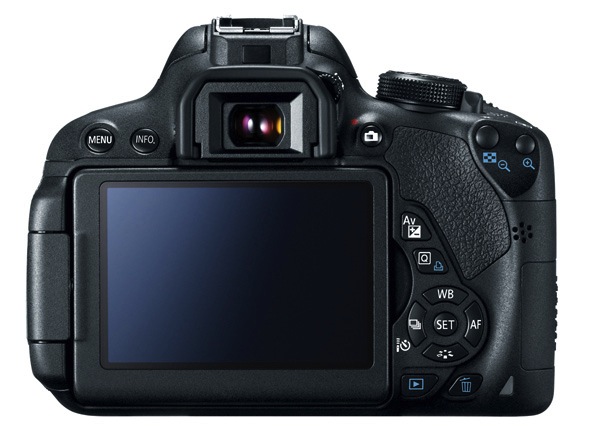 The EOS Rebel T5i features advanced shooting modes to take creative imaging even further. When using one of the advanced shooting modes such as Handheld Night Scene, HDR Backlight Control or Multi-Shot Noise Reduction, multiple images are taken and combined within the camera to help create the best quality image based off of the shots taken. Providing quick and easy accessibility, a new mode dial with Scene modes has been included, allowing users the flexibility to select the subject matter while the camera determines the optimal settings.

The EOS Rebel T5i offers the ability to shoot in 1080p Full HD video in a number of recording sizes and frame rates. With Canon’s Hybrid CMOS AF System and Movie Servo AF, the camera provides continuous AF for focus tracking of moving subjects by helping to reduce the camera’s need to “hunt”, resulting in a quick and smooth continuous AF. While shooting with one of Canon’s Stepping Motor (STM) lenses, such as the new EF-S 18-55mm f/3.5-5.6 IS STM lens, the camera will only capture the stereo sound of the scene being recorded. For added flexibility, the EOS Rebel T5i also features a built-in stereo microphone with manual audio level adjustment to enhance sound quality. 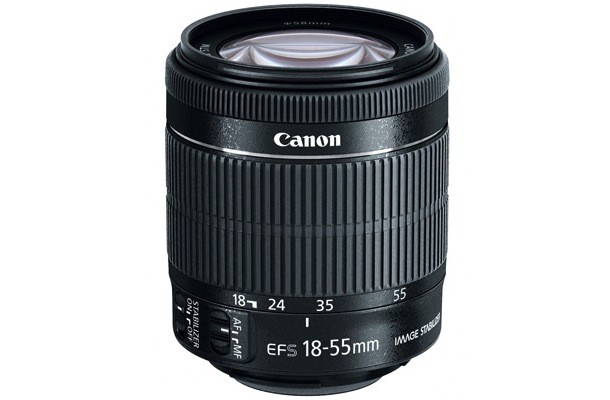 Expanded Lineup of STM Lenses
Canon is expanding the lineup of STM lenses by adding one new lens, which now gives users three choices that will allow for the capture of stunning images and video with the EOS Rebel T5i – the EF-S 18-135mm f/3.5-5.6 IS STM, the EF 40mm f/2.8 STM and the new EF-S 18-55mm f/3.5-5.6 IS STM lens. The EF-S 18-55mm f/3.5-5.6 IS STM lens offers high magnification in a compact and lightweight EF-S standard zoom lens with an optical image stabilizer for up to four equivalent stops for shake correction. When paired with the Hybrid CMOS AF, it allows for smooth and quiet, continuous AF for photo and video capturing – making it the perfect combination for preserving those once in a lifetime moments.

Price and Availability
The Canon EOS Rebel T5i (also known as the EOS 700D) DSLR camera is scheduled to be available April 2013.