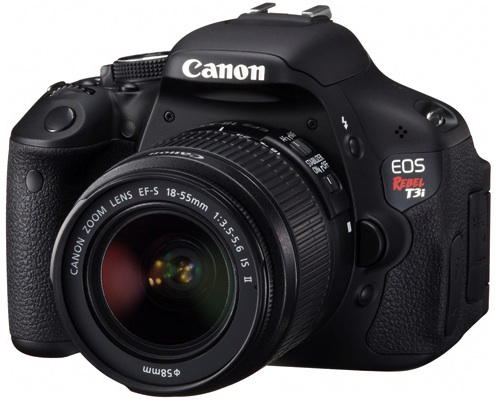 Basic + Function
Canon helps beginners get more creative with photography by letting even the most entry-level novice make camera adjustments with easy to understand setting options. In automatic shooting modes such as Portrait, Landscape, Close-up, Action and Night Scene, Canon users can access a quick menu screen to make adjustments as per the scene's ambience. When shooting in one of Canon's “Basic Zones” users can make adjustments as per the scene's lighting or scene type. An easy-to-read menu lets you select an ambience setting from Vivid, Soft, Warm, Intense, Cool, Brighter, Darker to Monochrome, while a Lighting setting allows users to select from Daylight, Shade, Cloudy, Tungsten light, Fluorescent light or Sunset.

An A+ for Automatic Mode
Canon aims to make everyone a better photographer and has enhanced the capabilities of the Rebel T3i's automatic mode with new Scene Intelligent Auto technology, re-branding the green mode dial setting with a boxed “A+” design. This new camera setting now takes Picture Style into account as part of the camera's “Auto” setting. By analyzing faces, colors, brightness, movement, and contrast, the camera will dynamically adjust picture-style parameters to match the subject and control vividness. Previously, the automatic setting on a Rebel DSLR adjusted exposure, focus, white balance, and Auto Lighting Optimizer, however on the new Rebel T3i, Picture Style Auto is also taken into account as part of the new Scene Intelligent Auto technology. By incorporating this fifth parameter the camera more intelligently analyzes scenes and adjusts settings based on the subject matter being shot. So when the camera is photographing a face it will reproduce more natural skin tones or blue skies for more vivid landscapes, a flashy red car for more saturated color and evening sunsets for more expressive images.

Fun Rebel Features
For the first time in a Rebel DSLR, the new Rebel T3i features a large Vari-Angle three-inch Clear View LCD screen with 1,040,000 dot/VGA resolution plus anti-reflective and smudge-resistant coatings for bright clear viewing from any angle. The large Vari-Angle screen helps compose low-angle or overhead shots whether capturing still images or Full HD video clips. Photographers will enjoy the convenience of capturing an overhead shot of a parade or low-angle shots of their children on the Vari-Angle screen. 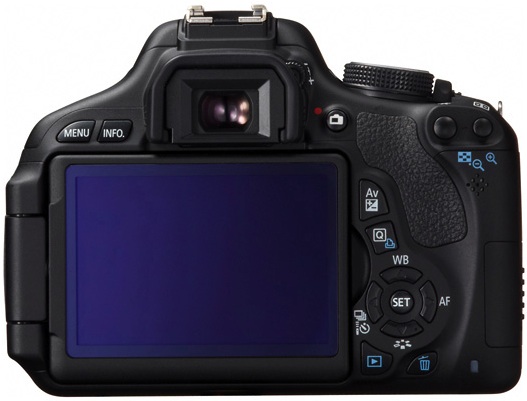 Each of these filters can be applied to a captured still image in-camera to create a second “filtered” JPEG version, leaving the original JPEG file unaffected.

Another addition to the camera's Live View function is Canon's new Aspect Ratio feature whereby the Live View screen can display cropping lines for 1:1, 16:9 or 4:3 aspect ratios in addition to the standard 3:2 ratio. These cropping lines make it easier to compose images in Live View, and they can help to expedite printing when using Canon's supplied Digital Photo Professional software. Custom aspect ratios are also applied to JPEG images captured directly in-camera.

EOS HD Video: Ready For A Close-Up
When shooting Full HD video, the Rebel T3i digitally provides additional zoom power without sacrificing quality. The new Movie Digital Zoom feature, a first for Canon DSLRs, allows users to achieve 3x to 10x magnification while shooting Full HD video. Unlike standard digital zoom for still images, Movie Digital Zoom crops the video image directly from the CMOS sensor at Full HD resolution to preserve video quality and still provide amazing additional telephoto power beyond just the lens. The Movie Digital Zoom feature is great for those times when the lens isn't enough to get you in close, but this feature provides the extra boost without a loss in video quality so a child's smile on stage is just as clear and bright.

EOS Video Snapshot
Canon's new EOS Video Snapshot feature borrows some innovation from Canon's VIXIA line of camcorders for capturing, assembling and playing fun-to-watch video clips. EOS Video Snapshot enables users to capture the video highlights of family vacations, parties or milestone events, with the same ease as taking photos. Consumers can now record a series of two-, four- or eight-second video clips automatically. The scenes are assembled by the camera into continuous Video Snapshot Album files for easy playback and can even be further edited in camera or through Canon's Video Snapshot Task software on a compatible personal computer for added flexibility and fun.

Valuable Additional Features
Along with the adjustable LCD screen, the new EOS Rebel T3i DSLR features a class-leading 18-megapixel Canon CMOS sensor, a proprietary DIGIC 4 Imaging Processor, a 9-point Autofocus system and a 63-zone dual-layer metering system. Capable of capturing kids at play or wildlife on the move, the Rebel T3i can shoot up to 34 consecutive full resolution JPEG still images or up to 11 consecutive RAW images at speeds up to 3.7-frames-per-second to either SD, SDHC or new extended capacity SDXC memory cards.

The Rebel T3i includes an ISO range from 100-6400, allowing it to capture beautiful images without the need for a flash during milestone events such as birthday celebrations, yet it still includes a built-in pop-up flash for those times requiring a little extra light. For the first time on a Rebel camera, the T3i features a built-in Integrated Speedlite Transmitter making it even easier to do multi-flash shoots and provide images with greater ambience. The new Integrated Speedlite settings are now even easier for beginners shooting with multiple flashes.