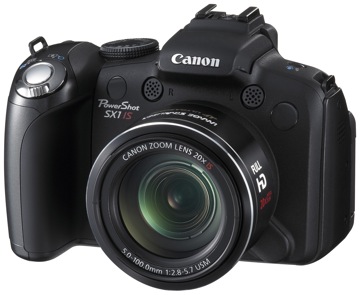 Canon U.S.A., Inc., a leader in digital imaging, today introduced 10 new PowerShot cameras that offer an array of photographic options for the entry-level consumer right up to the photo enthusiast. Whether on a family vacation, swimming in an ocean or out for a night on the town, the new line-up of PowerShot digital cameras enable consumers to customize their photographic experience to their personality with color, style and features galore.

Most PowerShot cameras for 2009 feature Canon’s exclusive DIGIC 4 Image Processor, with proprietary technology which accounts for the camera’s higher performance levels, including improved signal processing speed and higher image quality. This new chip paves the way for a host of features including Canon’s new Smart AUTO. Smart AUTO intelligently selects the proper camera settings based on the specific shooting conditions of each scene, ensuring that all images are accurately focused, exposed, stabilized and white-balanced before the shutter is even pressed. Using data derived from Canon’s Optical Image Stabilization, Genuine Face Detection and Motion Detection Technologies, Smart AUTO automatically adjusts a multitude of settings including brightness and hue, during various shooting situations. Another enhancement available with select PowerShot models is Blink Detection Technology, which uses the Face Detection function to display an icon after shooting with a warning that someone’s eyes were closed (such as when blinking) during shooting. Unlike other systems which prevent users from taking a photo, Canon’s Blink Detection Technology lets users know immediately whether there’s any need to reshoot the image, thus providing a far more intuitive experience.

A third technological advancement with select PowerShot cameras is Active Display, which is used for quickly switching between images during playback. Instead of culling through a long line of images, via a control dial, Active Display advances pictures simply with a gentle shake of the wrist, making the viewing and sharing of pictures more fun and enjoyable.

“The power of the Canon PowerShot series is its ability to enhance consumers’ enjoyment of photography through its unique combination of ease-of-use, affordability, and personalization,” said Yuichi Ishizuka, senior vice president and general manager, Consumer Imaging Group, Canon U.S.A. “We are excited about this year’s PowerShot line-up because Canon’s cameras are loaded with advanced technologies and design options, thus enabling consumers to have the ultimate photographic experience.” 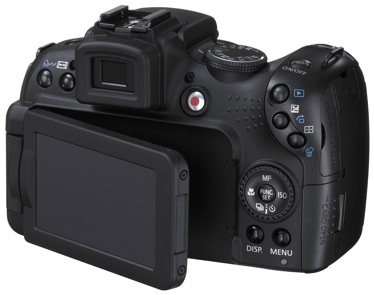 With a new sleek and sophisticated package, the Canon PowerShot SX200 IS Digital Camera offers consumers a great compact camera with DSLR-like features. The PowerShot SX200 IS Digital Camera comes loaded with a powerful 12x Optical Zoom lens and wide-angle lens (28-336 mm equivalent), and Optical Image Stabilization. This long-range seeker can get up close to subjects or capture more in the frame. Available in three colors – black, blue and red – consumers can now choose to personalize their camera according to their lifestyle. High-resolution, 12.1-Megapixels, 720p HD Movie Mode and a large 3-inch LCD screen with wide-angle viewing round out the feature set. The PowerShot SX200 IS Digital Camera is scheduled to be available at the end of March for an estimated retail price of $349.99. 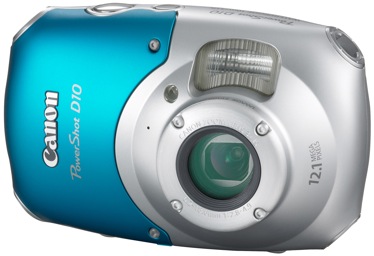 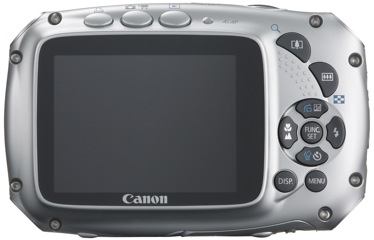 Consumers looking for an all-around waterproof, freeze proof and shockproof camera should look no further. The Canon PowerShot D10 Digital Camera, a first of its kind for Canon, comes equipped with a 12.1-Megapixel resolution and 3x Optically Stabilized Zoom lens, making it an ideal companion for thrill-seekers of all types. This uniquely styled camera is amazing for capturing high-resolution images and off-camera editing. The PowerShot D10 Digital Camera can withstand depths up-to-33-feet deep, is freeze proof from 14 degrees Fahrenheit and shockproof up-to-four feet. To add a little fun and funky style to this great camera, an optional accessory kit is available containing distinctive accessories, such as a customized strap, cool face plates and a carabineer hook (attached to a strap). The PowerShot D10 IS Digital Camera is scheduled to be available in early May for an estimated retail price of $329.99.

Canon PowerShot SD970 IS, SD960 IS, SD780 IS and SD1200 IS Digital ELPH Cameras
Whether the activity du jour involves dancing ’til dawn, attending a black-tie gala or a quiet evening for two, Canon’s colorfully clad Digital ELPH Cameras are there to capture the magic of the moment and preserve the memory for years to come. Their substantive and stylish box and circle design, and striking colors, are the perfect complement to any situation and offer both the fashion-forward and feature-hungry photographer an all-in-one must-have camera. 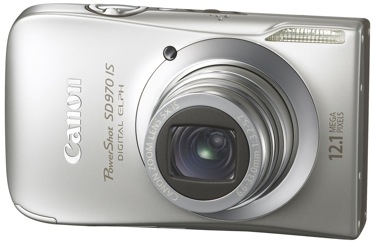 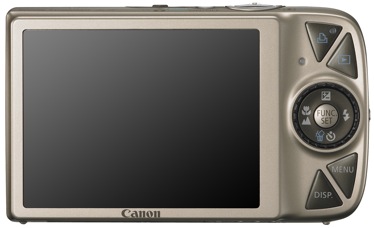 The Canon PowerShot SD1200 IS Digital ELPH Camera is a great entry-level ELPH camera and comes in six bright colors, including dark gray, blue, pink, green, light gray and orange. With features such as Smart AUTO and 10.0-Megapixels of resolution, printing large-size images with clarity and detail is a breeze. The PowerShot SD1200 IS Digital ELPH Camera is scheduled to be available in mid-March for an estimated retail price of $229.99.

Canon PowerShot A2100 IS, A1100 IS and A480 Digital Cameras
From the tentative first-timer to the passionate photographer, the PowerShot A-Series product line provides the ever-present convenience and cost-effectiveness of being power driven by two AA batteries. With bright, bold, new colors, no wonder the A-Series line is a convenient must-have among consumers. 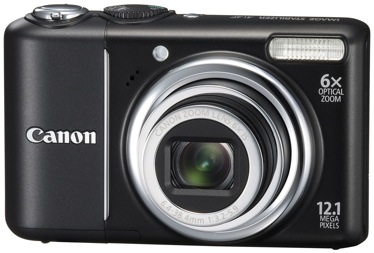 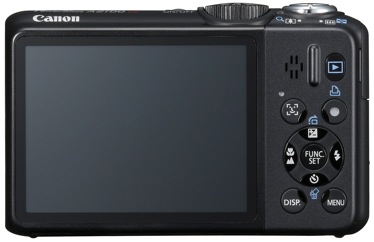 Now the Canon PowerShot A2100 IS Digital Camera design has evolved to be smaller in size and higher in performance, but has maintained the essence of the A-Series persona with a mode dial for more creative control. Features such as 12.1-Megapixel resolution, 6x Optical Zoom lens with Optical Image Stabilization, large 3.0-inch LCD screen and new Smart AUTO enables this camera to be a go-everywhere and shoot anywhere product. The PowerShot A2100 IS Digital Camera is scheduled to be available in early-April for an estimated retail price of $249.99.

The Canon PowerShot A1100 IS Digital Camera is ideal for the color-conscious consumer. The camera comes in four captivating shades, including gray, blue, pink and green, and the fun doesn’t stop at colors. Features such as 12.1-Megapixel resolution, 4x Optical Zoom lens with Optical Image Stabilization, large 2.5-inch LCD screen with Optical Viewfinder and the new Smart AUTO enables this camera to also be a go-anywhere and match any lifestyle accessory. The PowerShot A1100 IS Digital Camera is scheduled to be available in March for an estimated retail price of $199.99.

About Canon U.S.A., Inc.
Canon U.S.A., Inc., is a leading provider of consumer, business-to-business, and industrial digital imaging solutions. Its parent company, Canon Inc. (NYSE:CAJ), a top patent holder of technology, ranked third overall in the U.S. in 2008†, with global revenues of US $45 billion, is listed as number seven in the computer industry on Fortune Magazine’s World’s Most Admired Companies 2008 list, and is on the 2008 BusinessWeek list of “Top 100 Brands.” At Canon, we care because caring is essential to living together in harmony. Founded upon a corporate philosophy of Kyosei — “all people, regardless of race, religion or culture, harmoniously living and working together into the future” — Canon U.S.A. supports a number of social, youth, educational and other programs, including environmental and recycling initiatives. Additional information about these programs can be found at usa.canon.com/kyosei.

* Prices are estimated retail prices. Actual selling prices are set by dealers and may vary.
Availability, specifications and prices are subject to change without notice.
† Based on weekly patent counts issued by the United States Patent and Trademark Office