Bluetooth SIG Adds Speed, Bandwidth via 802.11 with Version 3.0 of the Global Wireless Standard

From its annual All Hands Meeting in Tokyo this week, the Bluetooth SIG formally adopted Bluetooth Core Specification Version 3.0 + High Speed (HS), or Bluetooth 3.0. This latest iteration of the popular short-range wireless technology fulfills the consumers’ need for speed while providing the same wireless Bluetooth experience — faster. Manufacturers of consumer electronics and home entertainment devices can now build their products to send large amounts of video, music and photos between devices wirelessly at speeds consumers expect.

Bluetooth 3.0 gets its speed from the 802.11 radio protocol. The inclusion of the 802.11 Protocol Adaptation Layer (PAL) provides increased throughput of data transfers at the approximate rate of 24 Mbps. In addition, mobile devices including Bluetooth 3.0 will realize increased power savings due to enhanced power control built in. 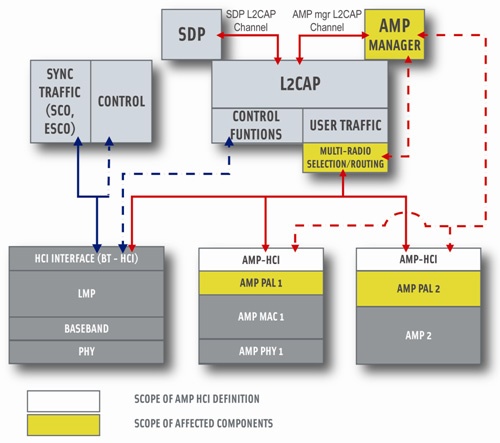 “Like Ricky Bobby in Talladega Nights, this latest version was ‘born to go fast,'” said Michael Foley, Ph.D., executive director of the Bluetooth SIG. “Utilizing the 802.11 radio was a natural choice as it provides efficiencies for both our members and consumers — members get more function out of the two radios they are already including in devices, and consumers with Bluetooth 3.0 + HS products will get faster exchange of information without changing how they connect. We are excited to expand the possibilities of the PAN.”

This newest version of Bluetooth technology builds on the inherent qualities of the current 2.1 + EDR version, including Simple Secure Pairing and built-in, automatic security. And as with all versions of the Bluetooth specification, Bluetooth 3.0 + HS provides developers, manufacturers and consumers with the benefit of backwards compatibility, enabling both the expansion and enhancement of this technology with every new specification release. Once products reach the market, the easiest way for consumers to learn which devices are compatible with other Bluetooth enabled devices is to visit the Bluetooth Gadget Guide. 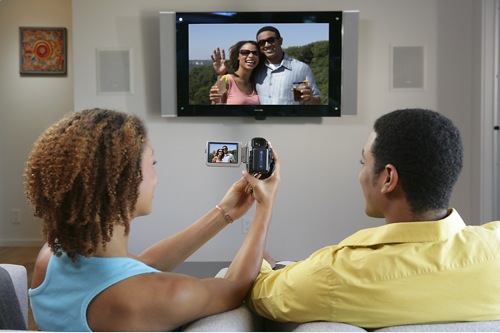 Applications
With the availability of Bluetooth version 3.0 + HS, consumers can expect to move large data files of videos, music and photos between their own devices and the trusted devices of others, without the need for cables and wires. Some applications consumers will experience include:

Availability
The Bluetooth SIG’s formal adoption of the specification is only the first step in the product lifecycle. News out today from wireless chip manufacturers and Bluetooth SIG member companies Atheros, Broadcom and CSR shows the second step — getting silicon solutions to device manufacturers — is already underway. End products for consumers are expected to be in the market in 9 to 12 months.

About Bluetooth Wireless Technology
Bluetooth wireless technology is the global short-range wireless standard for personal connectivity of a broad range of electronic devices. The technology continues to evolve, building on its inherent strengths — small-form factor radio, low power, low cost, built-in security, robustness, ease-of-use, and ad hoc networking abilities. More than eight new Bluetooth enabled products are qualified every working day and more than 19 million Bluetooth units are shipping per week. There are over two billion Bluetooth devices in the marketplace and that number climbs daily, making it the only proven wireless choice for developers, product manufacturers, and consumers worldwide.

About the Bluetooth SIG
The Bluetooth Special Interest Group (SIG), comprised of leaders in the telecommunications, computing, consumer electronics, automotive and network industries, is driving development of Bluetooth wireless technology and bringing it to market. The Bluetooth SIG includes Promoter group companies Ericsson, Intel, Lenovo, Microsoft, Motorola, Nokia and Toshiba, along with over 11,000 Associate and Adopter member companies. The Bluetooth SIG, Inc. headquarters are located in Bellevue, Washington, U.S.A.

The Bluetooth word mark and logo are registered trademarks and are owned by the Bluetooth SIG, Inc.