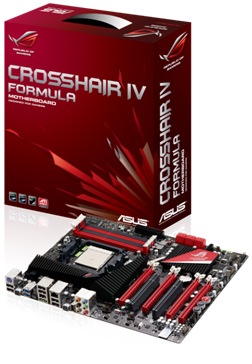 ASUS has announced two boards based on AMD’ latest 890FX chipset, the Republic of Gamers Crosshair IV Formula and the M4A89TD PRO. These boards are produced with the philosophy that design matters, ensuring the best in performance, features, safety and reliability. Continuing with the award winning Core Unlocking technology first introduced in our M4A89GTD PRO/USB3 motherboard, ASUS announces Turbo Unlocker technology allowing for the best possible performance out of the AMD Phenom II Black Edition and 6-core processors.

Speaking on the inclusion of these two unique tools, Joe Hsieh, General Manager of Motherboard Business with ASUS, said: “ASUS will never stop developing the friendliest and most performance-boosting features available to consumers, whether enthusiasts, beginners or anyone else. Both Core Unlocker and Turbo Unlocker realize CPU potential, making them ideal for users looking for the best value on the best performance motherboards around.”

ASUS is the Best AMD Choice for the Gamer, Enthusiast, or Overclocker
Both new 890FX solutions, the ROG Crosshair IV Formula and the M4A89TD PRO offer unrivaled flexibility and system performance. The ROG Crosshair IV Formula offers the best overclocking and gaming experience with dedicated hardware, software, and BIOS design for the hard-core enthusiast or serious gamer while the M4A89TD PRO features an affordable high performance platform intended for the computing enthusiast. For users looking for the next level in performance ASUS has refined our award winning TurboV Evo auto-tuning hardware and software implementation to easily provide enhanced system performance while ensuring stability and reliability. 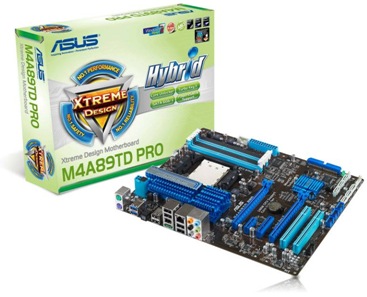 Next Generation Connectivity
The ROG Crosshair IV Formula and the upcoming M4A89TD PRO/USB3 feature next generation technologies like native SATA 6Gb/s performance along with USB 3.0 connectivity. These super-fast connections bring users into the HD era with the speed and reliability needed to handle large file transfers quickly. Both motherboards feature two USB 3.0 ports, transferring data at up to ten times the speed of USB 2.0. SATA 6Gb/s offers twice the throughput of its predecessor ensuring the best performance possible from cutting edge Solid-State drives (SSD).

* Core unlocking and Turbo Unlocker results may vary with the CPU utilized and system conditions.

ISC’s Guide to Audiophile Listening Bars Around the World

What Is WiSA? What You Need to Know and How it Works