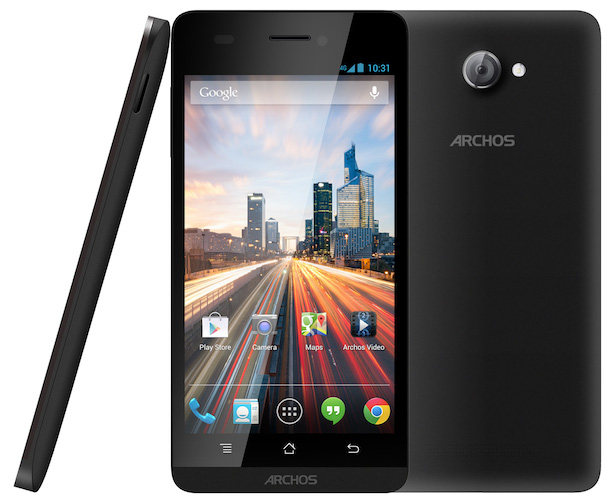 Archos today introduced the Helium 45 (4.5-inch screen) and Helium 50 (5-inch screen) smartphones, the first ARCHOS LTE smartphones powered by Android 4.3 “JellyBean” with full access to Google Play Store. The smartphones look identical except for their size differences. Both feature IPS technology, a Quad Core 1.4 GHz processor and are capable of transferring speeds at up to 150 Mbps using a 4G/LTE network. Although the larger Archos 50 has a higher screen resolution at 1280×720 screen, more storage (8 GB) and higher resolution 2 MP front and 8PM rear cameras. 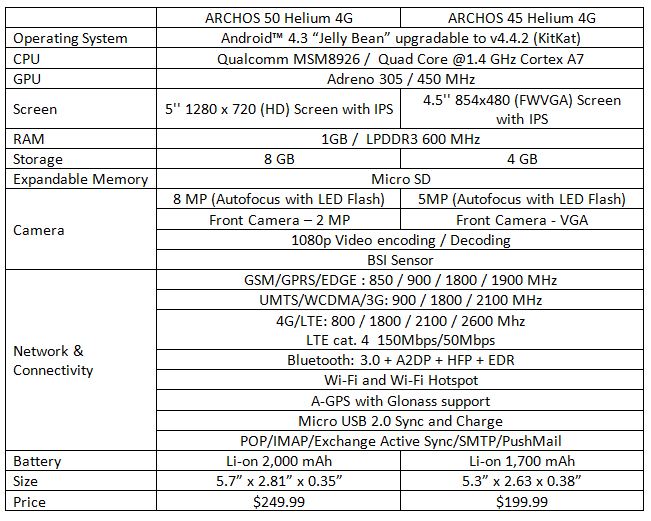