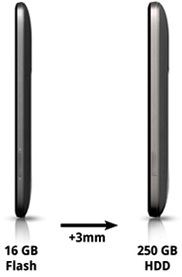 ARCHOS has replaced the standard multimedia apps with ARCHOS boosted apps for video and music to give to users more format compatibility and a unique user interface. With film and TV series metadata automatically downloaded, even video files are automatically organized by title, actor, director, year, season and episode, ARCHOS have redefined the tablet device category by providing consumers more ways to experience HD entertainment.

Additionally, the G9 tablets feature a unique 3G ready solution where customers no longer need to choose between WiFi and 3G models at purchase. ARCHOS G9 3G Stick ($49) is a standard 3G stick for laptops which has been designed to be compatible with all ARCHOS G9 tablets. All G9 tablets come with a concealed USB port on the back of the device that when paired with the ARCHOS 3G USB Stick will enable 3G connectivity. 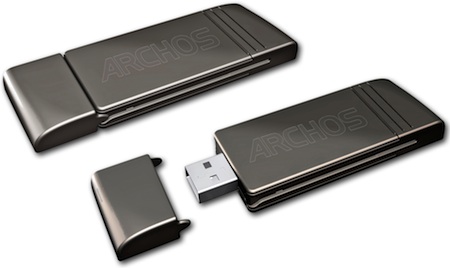 This cutting edge 3G stick offers one 3G solution for both a tablet and a laptop and uses just one data plan. Offered as a Pay-As-You-Go Plan, there is no subscription required and the consumer need only pay for what they need when they need it.

Price and Availability
The ARCHOS G9 tablets will be available by the end of September 2011 at the following prices: