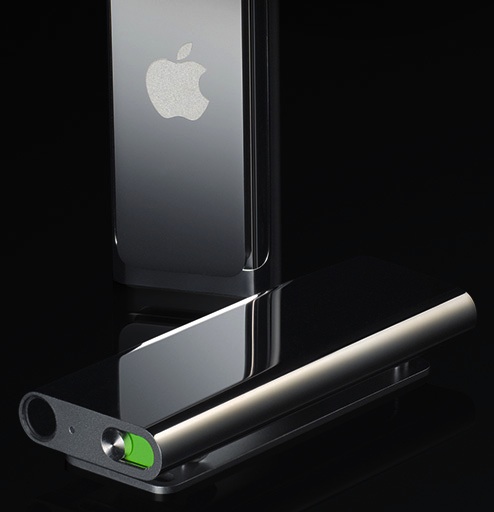 Apple today announced that iPod shuffle, the world’s smallest music player and the first music player to talk to you, is now available starting at just $59 in five great colors. iPod shuffle’s intuitive controls are conveniently located on the headphone cord, letting you navigate and enjoy music without even looking. With the press of a button, you can play, pause, adjust volume and switch playlists, plus the VoiceOver feature lets iPod shuffle speak song titles, artists and playlist names. The iPod shuffle is available worldwide today in a new 2GB model for just $59 and a 4GB model for $79, and both models come in silver, black, pink, blue and green. 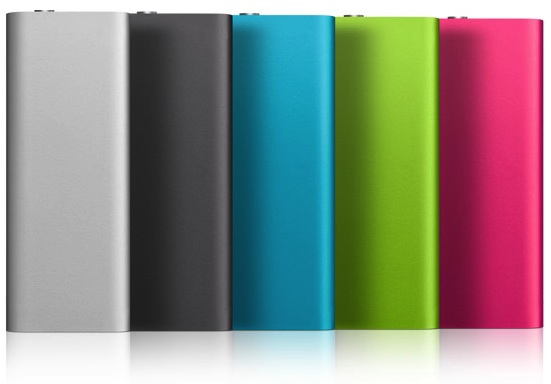 “iPod shuffle is the world’s smallest music player and now comes in five great colors starting at just $59,” said Philip Schiller, Apple’s senior vice president of Worldwide Product Marketing. “iPod shuffle is so small that you almost forget it’s there, yet remarkably, it holds up to 1,000 songs and talks to you.” 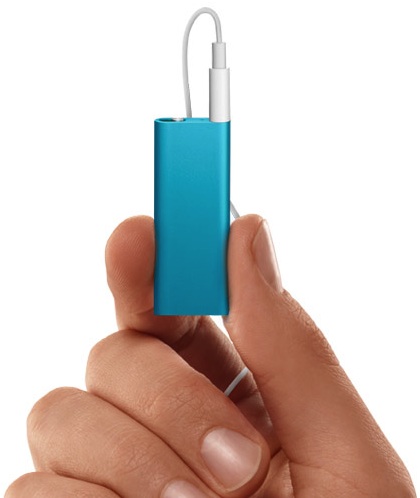 iPod is the world’s most popular family of digital music players with over 220 million sold. Apple’s new holiday lineup includes iPod shuffle in five great colors starting at just $59; iPod classic in a new 160GB model holding up to 40,000 songs for $249; the incredible new iPod nano with a video camera available in nine brilliant polished aluminum colors starting at $149; and the revolutionary iPod touch starting at the breakthrough price of just $199.

Pricing & Availability
The third generation iPod shuffle is available immediately for a suggested price of $59 (US) for the 2GB model and $79 (US) for the 4GB model in silver, black, pink, blue and green through the Apple Store (www.apple.com), Apple’s retail stores and Apple Authorized Resellers. A 4GB special edition polished stainless steel model is available in a 4GB model for $99 (US) through the Apple Store and Apple’s retail stores. iPod shuffle comes with the Apple Earphones with Remote and the iPod shuffle USB cable. iPod shuffle requires a Mac with a USB 2.0 port, Mac OS X v10.4.11 or later and iTunes 9 or later; or a Windows PC with a USB 2.0 port and Windows Vista, Windows XP Home or Professional (Service Pack 3) or later. 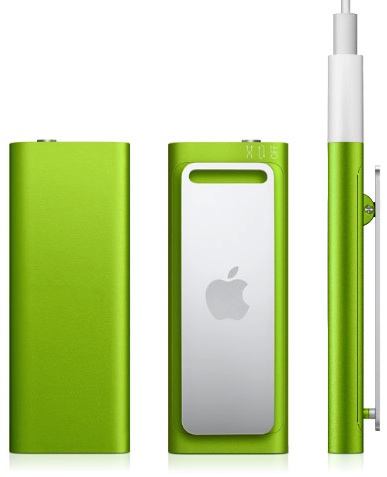