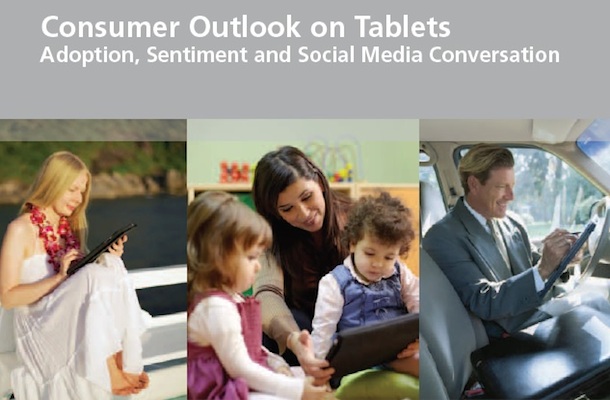 Regarding tablet owners’ usage behavior, these consumers use a wide variety of apps with their devices, and games remain the most popular type of app. Two-thirds (66 percent) of tablet owners use gaming apps, followed by weather apps (58 percent) and social networking apps (51 percent). Among the third of tablet owners (35 percent) who have purchased apps within the past month, over half (58 percent) spent more than $5. The average monthly expenditure among tablet owners purchasing at least one app is $8.89, resulting in a projected total of $256 million spent on apps per month by tablet owners.

“Tablets had a strong 2013 holiday season, particularly on Black Friday, but are showing the beginning signs of market saturation,” said Kevin Tillmann, senior research analyst, CEA. “Striking the right chord with consumers’ tablet expectations following the holiday season will be imperative to improving sales, despite slowing penetration during the past year. Consumers are looking for competitive pricing and simplicity, now that several manufacturers are in the mix.”

Although revenue growth has slowed, unit sales for tablets will continue to see steady increases this year, according to CEA’s U.S. Consumer Electronics Sales and Forecast (January 2014), once again contributing significantly to the total consumer electronics (CE) industry’s bottom line. Unit sales of tablets are projected to reach 89.3 million in 2014, up from 77.4 million in 2013, while revenues for tablets will reach $27.3 billion this year, up by three percent over last year.

The Consumer Outlook on Tablets report is released bi-annually in January and July of 2014 by CEA Market Research. The complete study is available free to CEA members or non-members can purchase it for $399 at http://store.ce.org/Store/ProductDetails.aspx?productId=752052