Dave Archambault is a busy man. The proprietor of New Hampshire-based Vinyl Nirvana has been restoring and rebuilding vintage Thorens and Acoustic Research turntables full-time for almost a decade and 2020/2021 proved to be very challenging years; a period that he was able to navigate through a lot of hard work, creativity, and a major pivot when events beyond his control both at home here in America and in Asia almost upset the golden applecart.

He has become the source for affordable restorations and reproductions that are second to none, but Vinyl Nirvana is not a large turntable manufacturer like Pro-Ject, Rega, or VPI who have the ability to engineer and manufacture their own tonearms.

2020 was a record year for vinyl sales across the globe with tens of millions of people stuck at home because of pandemic lockdown rules. Americans spent over $600 on records for the first time in decades. 2021 proved to be even busier with $1 Billion in sales from 40 million new records sold in the United States alone. That’s the most new albums shipped in the U.S. in 33 years (since 1988).

That massive surge in demand also put a lot of pressure on turntable and tonearm manufacturers; which was exacerbated by supply chain issues across the globe.

Japanese tonearm manufacturer, Jelco, a major supplier of OEM tonearms for a number of manufacturers, restoration companies, and the DIY community called it quits creating a massive shortage of tonearms.

Adding to the shortage was the inane decision by British manufacturer, SME, to stop selling its renown high-end tonearms to anyone. If you want one of their tonearms, you have to buy one of their very expensive turntables. Greed isn’t always good.

So what does a bespoke restoration company do when two of its primary tonearm suppliers decide to make life difficult for everyone?

It pivots to something even better manufactured in Japan that will be available on all of the Vinyl Nirvana models based around the Thorens TD-160 Super and TD-125 turntables.

I’ve seen it. I’m not allowed to share. It will be installed on my new Thorens TD-125 MK II restoration which I hope to have in Q4. I just need to get in line like everybody else.

I’ve been a customer of Vinyl Nirvana for over 5 years; 2 restored Thorens turntables are my reference decks at home, and I endorse Vinyl Nirvana as someone who paid full price for his turntables and has benefitted enormously from their set-up and performance advice.

Customer service is a huge reason why people patronize smaller companies, and this is one company that gets that part right. Much better than other brands in the audiophile space.

So if 2020 was a much harder year for companies like Vinyl Nirvana to get enough tonearms to keep up with the demand for finished tables, how did they deal with the shortfall?

Even with his tonearm issue resolved, Archambault did the smartest thing possible. He focused on consulting services and restorations of older Thorens and Acoustic Research turntables that people were buying in huge numbers on eBay or discovering in the basement or attic.

“I’ve been busy. Very busy,” remarked Archambault when we spoke on the phone last week.

“Over the past 20 years since I started the company, I’ve accumulated the largest stash of new/used Thorens parts in the world, which makes what we do invaluable. A big part of my business is helping the customer who discovers a 35-year-old TD-125 in their parent’s attic which needs to be serviced but they don’t know where to turn. Not only do I have the parts, but I can make it sound better than it ever did,” said Archambault.

“The Thorens TD-125, in particular, is my favorite turntable to work on. I cringe a little when I see other restoration companies build brand new plinths that completely swallow up the front of the table. That design feature is so iconic, and I make sure that our custom wood plinths only accentuate the beauty of it,” explained Archambault.

“What made the TD-125 so unique was the electronic speed control that was a major feature of the turntable. The pitch control was a very important feature that high-end buyers demanded and Thorens made it work.”

“Thorens sold more than 100,000 TD-125s in 1975 alone if the numbers are accurate, and that means that there are a lot of tables and parts floating around. I was smart when I started and bought up as much of the supply of parts that I could find,” Archambault explained.

The TD-125 was originally sold with its own tonearm, but users began switching them out for SME tonearms for their superior performance. With SME out of the DIY game, Archambault is confident that his new tonearm will be popular with his customers; which include some heavy-hitters from the music world, actors, comedians, and regular music lovers looking for a durable and custom turntable.

“At the end of the day, the TD-125 is a very easy turntable to service. I’ve worked on so many of them at this point, that I feel like it’s a part of me. Thorens knew what they were doing when they built this deck. It’s a heavy suspended design with a 7-pound platter and they are made to last.”

So why buy a used Thorens and have It restored to its original glory? Why not buy something new?

Swiss-made (or German-made depending on the decade) Thorens turntables have been prized by audiophiles for both their sound quality and precision engineering since 1957 with the launch of the TD-124 idler drive turntable, and that list has grown over the years to include the TD-145, TD-150, TD-160/Super, and TD-125 belt-driven models.

Thorens relocated their manufacturing to Germany, Poland, and Switzerland during some rather tumultuous decades for the company as it struggled to combat the birth of digital audio, and only recently in 2018 was restructured with new ownership that is based in Germany. Thorens is back in the game of manufacturing brand new high-end turntables but has shown little interest in supporting legacy products that were some of the best belt-driven turntables ever made.

The brand is back in force with a new lineup of turntables, including a replacement for the TD-160, but the real demand for its turntables remains focused on the designs of the past.

“All of the Thorens tables have this remarkable quality about them. Precision instruments with enormous modification potential and a very smooth sound that will never go out of style. I can’t imagine why anyone would want something made overseas that doesn’t have the build quality to last a generation. These tables have survived decades of use and still sound better than a lot of new tables sold today. I’m proud to offer them,” explained Archambault.

Vinyl Nirvana offers complete packages which include exotic hardwood plinths, a choice of tonearms, and cartridge options from Grado Labs, Ortofon, and Dynavector. Information about their restoration services and consultation process is available on their website. 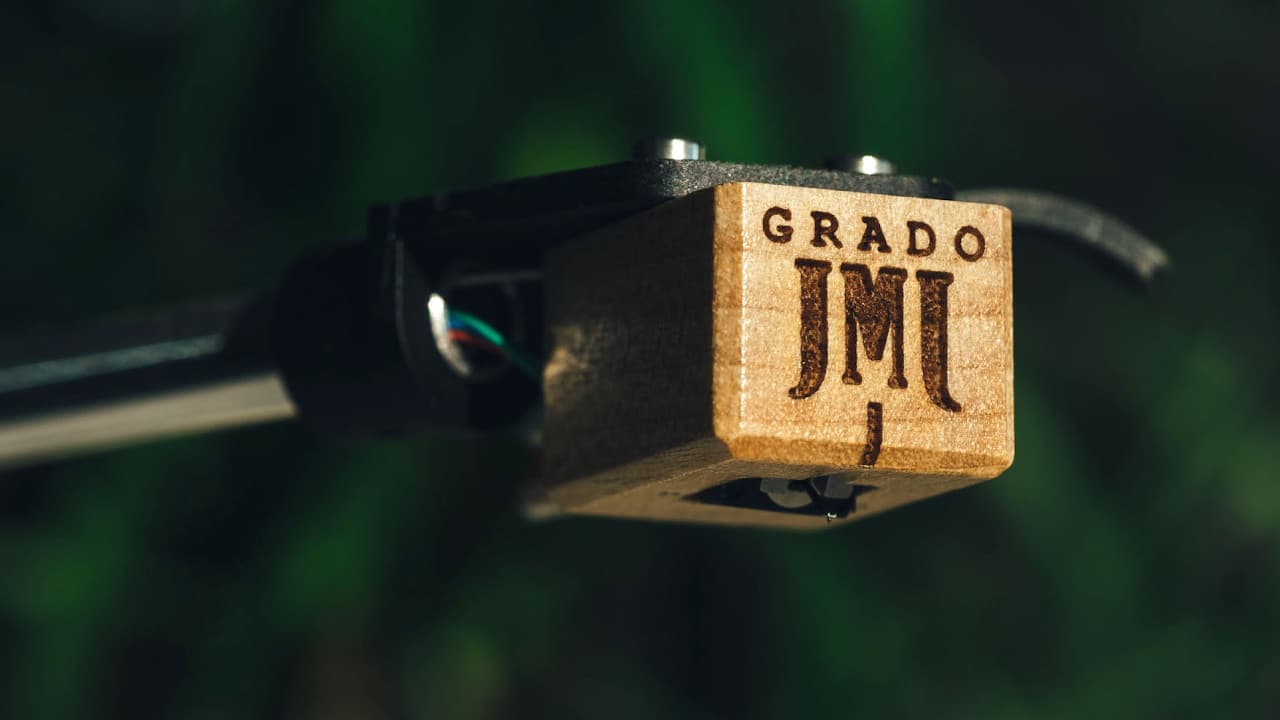 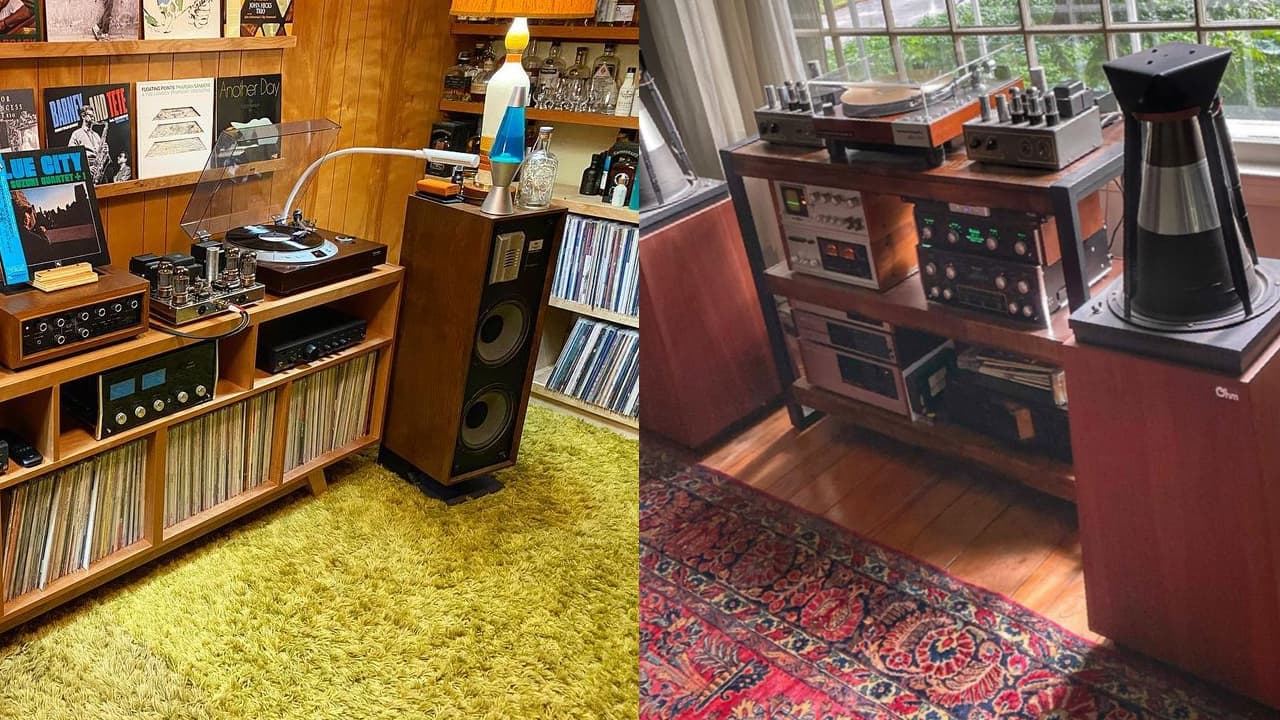