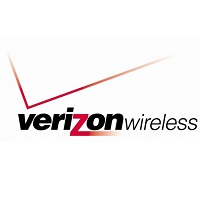 Why? Because They Can…

Verizon Wireless will charge existing customers a $30 upgrade fee for purchasing new mobile equipment at a discounted price with a two-year contract, beginning on April 22, 2012. Verizon says the fee will help them continue to provide the level of service and support users have come to expect which includes Wireless Workshops, online educational tools, and consultations with experts who provide advice and guidance on devices that are more sophisticated than ever.

It’s near the end of your obligatory two-year contract and you’re all excited about upgrading to a new smartphone. Awesome! What’s this … an upgrade fee! Yep, for the honor of getting a new phone, Verizon is going to charge you a $30 upgrade fee.

Are you upset? Outraged? Incredulous? Don’t be. Verizon has never advertised itself as a low-cost provider. The Verizon brand is synonymous with America’s best network, and that comes at a price.

In case you were wondering, AT&T and Sprint have been charging even higher upgrade fees for a while and, as you well know, neither could be described as “best in class.”

So what’s this really about? Well … um … $30 bucks. Verizon knows that you don’t have anywhere else to go. If you want super-peppy, kick-butt LTE (that’s Verizon’s 4G network) and you don’t want any dropped calls, you’ll pay.

That said, if you really want to be upset, outraged or incredulous about something, you might consider the proliferation of hidden fees. You have no idea how much your phone costs — your carrier subsidizes it. Under normal circumstances you can’t separate the cost of the device from the cost of service. The only time this isn’t true is when you lose your phone and you need to purchase a new one a full retail price. This isn’t actually real either, because if there was anything like competition, the phones would probably be sold at a discount. Alas, they’re not. So, you really never know what you’re paying for or how much anything should cost, you just know what the phone company charges. Which, for some reason, always feels like too much.

I wish this story had a better ending, but it doesn’t. Verizon is in a position of absolute power. It has created a premium network at a premium price. And, just about anyone who relies on a network for communication can justify paying for the best.

When will this backfire? Probably never. It is incumbent on Verizon to test the limits of our ability to pay. And test they will. How much is enough? As much as they can charge until you find an alternative or enough customers churn-out — which will force Verizon to become more competitive. I am not holding my breath for a price war anytime soon.

Being held hostage by data networks does make me a little sad, but — since the alternative is smoke signals or carrier pigeons, we’ll have to grin and bear Verizon’s decision to charge upgrade fees. Anyone got $30 bucks I can borrow; my two-year contract is up and it’s time for a new smartphone.