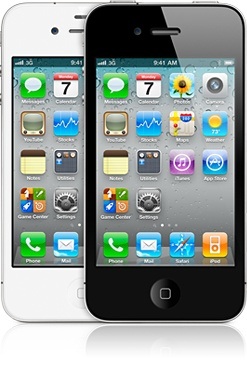 Apple and Verizon had a very successful launch of the iPhone 4, which allowed the iPhone to expand its market share that was previously held back by its prolonged carrier exclusivity with AT&T. Verizon's iPhone sales pushed Apple into third place among U.S. consumer brands, behind Samsung and LG.

According to The NPD Group, a leading market research company, in the first quarter (Q1) of this year Apple's mobile phone sales reached 14 percent of the U.S. market. Apple outranked HTC, Motorola and RIM as the third-largest handset brand in the U.S., behind Samsung at 23 percent and LG at 18 percent. After launching on Verizon's network in February, Apple's iPhone 4 further solidified its position as the top-selling mobile phone in the U.S., while iPhone 3GS, Motorola Droid X, HTC EVO 4G, and HTC Droid Incredible rounded out NPD's top-five mobile phone handset ranking. Unit sales of smartphones increased 8 percent in Q1 compared to the previous quarter; however, total handset unit sales fell 1 percent.

"While some of that growth came at the expense of Android operating system (OS), Android models still accounted for half of all smartphones sold in the quarter," Ross Rubin, NPD Executive Director.

Smartphones Take the Lead in Overall Handset Sales
According to NPD's Mobile Phone Track consumer tracking service, for the first time a majority (54 percent) of all new mobile-phone handsets purchased by U.S. consumers were smartphones. Driven by increases in smartphone sales in Q1 2011, average selling prices for all mobile phones rose 2 percent over the previous quarter to reach $102; however, average prices for smartphones actually declined by 3 percent (falling to $145).

"The rise of Apple and HTC show how companies can drive change in a mature device market to change the rules of the game," said Rubin. "The overall success of U.S. market leaders Samsung and LG will be tied to their success in the smartphone market."

Data Note: The information in this press release is from Mobile Phone Track — NPD's consumer tracking of U.S. consumers, aged 18 and older, who reported purchasing a mobile phone. NPD does not track corporate/enterprise mobile phone purchases.