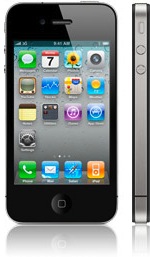 Bloomberg is reporting Verizon Wireless will start selling the Apple iPhone next year, ending AT&T's exclusive hold on the smartphone in the U.S., two people familiar with the plans said.

The device will be available to customers in January, according to the people, who declined to be named because the information isn't public. Natalie Kerris, an Apple spokeswoman, and Jeffrey Nelson, a Verizon Wireless spokesman, declined to comment.

If this proves to be true, will it run on Verizon's upcoming 4G network?