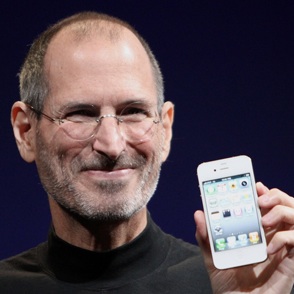 I’ve never worked at Apple and I’ve never met Steve Jobs (other than a driveby handshake at some Apple events), but I’ve been repeatedly asked to comment about what Steve Jobs retirement will mean to Apple and the media business over the past few days. I have asked every reporter the same question: “Steve Jobs, a man who has changed the world several times during his career, is stepping down from a job he loves because he feels he is too sick to continuing doing it well … why don’t you just send him positive thoughts (and prayers, if you pray) and concentrate on all of the wonderful things he has accomplished and all of the ways he has added meaning to literally millions of lives?”

Everyone takes pause, then says something like, “Well, of course, I wish him well … but now that he’s out, will my iPhone play Flash files?” or “Yeah, yeah … what will this mean for movie and content pricing at the iTunes store?”

Sometimes, I’m embarrassed to be part of the modern media business. It has truly devolved into a shallow, dehumanized troth of sensationalist FUD-mongers.

First and foremost, I am profoundly saddened by the state of Steve Jobs’s health. I hope that he is comforted by his family and friends and wish him all the best.

Every modern manufacturer makes use of the division of labor and uses some version of an assembly line to accomplish peak performance. Apple uses manufacturing lines based upon the principles realized more than a century ago by Henry Ford. Circa 1908-1915, The Ford Motor Company created a practical assembly line and demonstrated to the world how progressive assembly with interchangeable parts was “the” way to manufacture at scale.

In the 21st Century, circa 2003-2011, Steve Jobs created a practical platform that enabled third parties to add value to the Apple brand and its products by aligning everyone’s economic interests.
Enlisting an army of brand ambassadors, artists, artisans, technicians, engineers and ordinary tinkerers to build your brand has always been a conceptual goal — Steve just executed it perfectly and has set the gold standard. This “paint the fence” paradigm of value-added partnerships over an end-to-end technology platform has truly changed everything.

I cannot remember a meeting where iTunes, the App Store or simply the Apple iOS platform has not been mentioned as the thing to emulate or the thing to beat. Apple is so far out in front with this idea; they will be hard to catch.

Steve created a culture and a methodology of doing business that is worthy of being emulated and simply defines how to bridge the gap between the digital and physical world.
There are hundreds of anecdotes and stories about Steve’s accomplishments. Accolades are due for so many of the things we now take for granted. But his future-thinking business methods, and brilliant execution is uniquely impressive.

I’m typing this on my 17″ MacBook Pro. I stopped to take a call on my iPhone 4 and as I look around my office at my dual 30″ Mac monitors, MacPro Desktop, iPads, iPods, iPod Touches, Airport and Apple TV, I just want to say, thanks Steve — we’re all thinking about you.

Home > Latest > Articles > Steve Jobs, We Are Thinking Of You