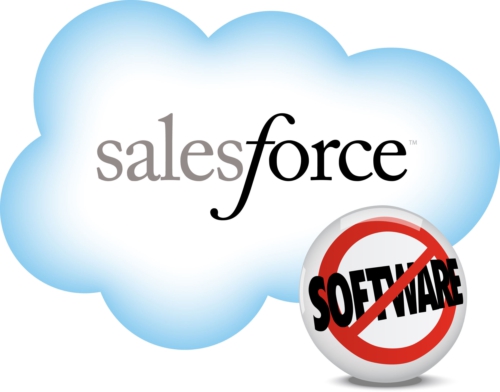 A few days ago, reports surfaced saying that Microsoft had made an offer of $55bn. that was rebuffed by the Salesforce board. The rumor is that Benioff and co. considered the offer to be undervaluing the company by as much as $15bn., the implication being that they would not consider any offer of less than $70bn. The same reports indicated that Microsoft CEO Satya Nadella became nervous about committing to an acquisition of this magnitude. This is of course all speculation, to be accompanied by an appropriate discount.

In terms of strategic value, an argument could be made that with its gorilla power in Saas-based sales force automation and related CRM categories becoming more solidified by the day, and still growing at 20%+ annually, Salesforce would be an immediately accretive acquisition for any company that intends to build a $20bn. plus business in cloud revenues in the next 3-5 years. Capturing Salesforce before a close competitor did so could also be considered a major differentiator. But as we’ve seen in enterprise/B2B tech to date, whenever a company reaches a valuation of $10bn., $20bn. or more, it becomes very difficult not only to acquire (there being very few potential buyers who can afford to pull the trigger), but also very tricky to digest successfully – whether from a portfolio strategy, product integration, installed base, and/or business manageability perspective.

Thus it may be that the time has come and gone for Salesforce to become food for a hungry goliath such as Microsoft, IBM, Oracle, or HP. This is without considering Google or Amazon, neither of which I believe would have a clue about what to do with Salesforce as an acquired entity (though such an obstacle has not always deterred desperate buyers from taking the plunge). Next move for Salesforce: Put the M&A distraction behind it, and refocus on growing the business – unless this episode was just a trial run for an actual acquisition. We shall see.