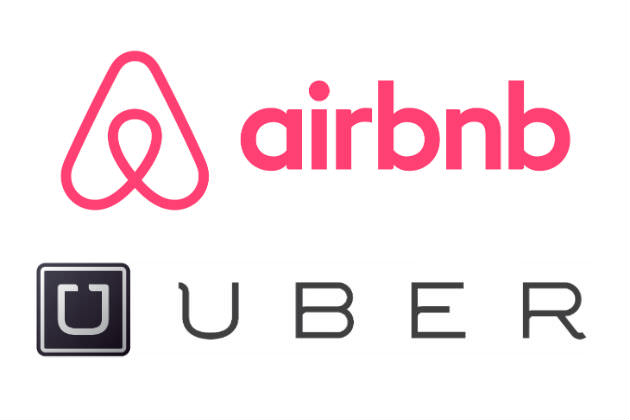 Led by Airbnb and Uber, the two major players in the on-demand sharing economy, most of the startups in this fast-growing super-category are learning that “it’s not about the product”. What I mean by this is that, beyond the appeal and ease-of-use of their sexy smart-phone apps, their future success will be increasingly predicated on their ability to nurture marketplace relationships. Among these priorities are negotiating agreements with regulators, partners, insurers, and others, and learning how to manage their relationships with their “contractor-employees”. In earlier posts I’ve written about the contrasting approaches adopted by Airbnb and Uber, largely due to their very different corporate cultures. Most notably, Airbnb’s strategically collaborative culture appears ideally suited to generating and maintaining trust as it inevitably disrupts the hospitality industry.

Following its reported success in providing accommodation for 60,000 or more visitors at last year’s World Cup in Brazil, the Organizing Committee of the 2016 Rio Olympics signed an agreement for Airbnb to provide 20,000 accommodations through its marketplace. This will augment the paltry 40,000 hotel rooms available in Rio de Janeiro, most of which will only suffice for officials, corporate guests, and others associated with the Games. But closer to home Airbnb faces challenges to the recently introduced Airbnb law in San Francisco. Recent legislation being proposed would limit the number of days that tenants or homeowners can rent out their properties in any one year to 90 days. The intention is to prevent the City becoming over-run by transient visitors who occupy dwellings that otherwise could be put on the market for long-term residential rentals given that San Francisco suffers from a dearth of affordable and even pricier housing for the people who live and work in or around the City. Similar challenges await Airbnb in other desirable capitals and cities popular with business and tourist visitors, so it will be some time before all of these issues are resolved.

As for bad-boy Uber, it is refreshing to see that the company seems to be attempting to put the adversarial frat-house culture personified by its CEO firmly in its past, and instead allow some of its newly hired “adults” to provide supervision. This should enable the company to operate more like an orchestrator than a concentrator (my polite word for bully) as the urban transportation industry gets reshaped by the advent of compelling mobile apps. Uber has also introduced new safety policies, and it plans to form a safety advisory board comprising outside experts as well as incident response teams to investigate safety issues worldwide.

Both Uber and Lyft, the two most visible and largest taxi and ride-sharing services, continue to forge agreements with insurance companies and trade groups in California and elsewhere in the U.S. and elsewhere to provide insurance for the third-party owned cars driven by their driver contractors. One innovation is a new twist in the structure of the insurance policies designed for Uber, Lyft, and other mobile-app companies to cover their drivers in California. The newly designed policy covers three different “periods”. Period 1 is when a driver is logged in to a service but not matched with a passenger; Period 2 covers the time when a driver has accepted a ride request and is en route to pick up their passenger(s); and Period 3 covers the time when the driver is ferrying the passenger. Each period carries different levels of insurance, in consideration of the different risks that need to be underwritten in each case. This is an example of how disruption tends to eventually tease out creative ideas (necessity being the mother of invention), especially between parties that are experiencing the pressure of conflicting interests. It’s of little value to conduct these negotiations on a war footing, because it wastes time and energy, and gets people focused on the wrong things such as just defeating the other side. When both sides are required in order to make the new industry function, diplomacy and negotiation are the appropriate tools.

To me the more contentious issue is still to be faced. This is the aspect of whether or not the drivers are contractors or employees. It may be that existing legislation provides the right definitions and distinctions, but so far the on-demand companies are insisting that because they are technology companies that only match drivers with passengers, and the drivers are free to work for other ride services, they cannot be considered as employers. As a result, the individual contractors have no medical insurance, nor vacations, nor sick leave, nor retirement plans. And of course, the marketplaces pay no employer taxes. As some of the other categories, such as hired workers for domestic or food delivery services (Taskrabbit, Instacart, Postmates, Homejoy, Handy.com and many others), are now experiencing, there is a definite possibility of exploitation in terms of paying minimal incomes to the freelance workers. Thus the crucial element of Trust is at risk in various areas, something that could put the entire sharing economy value proposition at risk. What’s building to a pressure point is government action against these companies for unpaid employment taxes, in parallel with class-action lawsuits by contractors to be considered employees, or at least to obtain some pf the benefits that employees receive. Unfortunately, there is plenty of scope for long drawn-out and contentious disputes, making it that much more vital that these companies realize that while technology enables their business model, they are in fact marketplaces that match supply with demand, and need to operate collaboratively in helping to reshape their respective industries.