There is a wonderful scene in Bosch when after a long day on the job, Detective Bosch returns home to his glass house on the hill overlooking Los Angeles and puts on a jazz record. Harry (played by Titus Welliver) stares out onto the sprawling city below and sits down to lose himself in the music coming out of his Ohm Acoustics Walsh loudspeakers. I may not have such a striking view of the City of Angels every night, but Harry and I share the same loudspeakers. Ohm loudspeakers that have been manufactured in Brooklyn for almost 50 years.

“Tell me what I spend so much time dealing with you? – Harry Bosch

No loudspeaker is perfect, and the Ohm loudspeakers are not without their faults, but it is their intrinsic ability to emotionally move me with music that makes them impossible to replace.

The Ohm Walsh are only one chapter in my journey with the brand, but the one that I am fortunate enough to return to every single day.

How did I get here?

My love for Ohm loudspeakers began with a simple phone call. I had purchased a used pair of Ohm Fs knowing that they would require some level of repair. The Brooklyn-based loudspeaker manufacturer still supports its legacy loudspeakers; even those manufactured and sold 40 years ago. How many high-end brands do that?

The man on the other end of the line was Ohm President, John Strohbeen. I don’t expect to speak with Jeff Bezos or Steve Cook, if I have a problem with an Amazon purchase or Apple product, but having your questions answered by the person in-charge inspires confidence.

Harry Weisfeld, former CEO of VPI Industries, was renown for spending hours on the phone with customers helping them with their questions, so it’s good to know that this practice is still alive in the world of consumer electronics.

I told him about my recent purchase and his bold reply was, “congratulations for purchasing one of the finest speakers ever made.” He detailed the different options for upgrading the loudspeaker, but unfortunately Ohm no longer services the 18” titanium and aluminium Walsh driver. I would have to look elsewhere if I wanted to keep the original driver.

Ohm Acoustics was founded in 1971 by Marty Gersten, former Chief Engineer at Rectilinear, and four other partners using the exclusive patents held by Lincoln Walsh; the inventor of the “Coherent Wave Transmission Line Driver.” The Walsh Driver as it is more commonly known. Rectilinear declined to license the Walsh patent and Gersten made a deal with Strohbeen who wanted to sell the new Ohm Acoustics loudspeakers in his stores.

John Strohbeen became president of Ohm Acoustics in 1978; Strohbeen’s career in hi-fi began in his dorm room at MIT where he started Tech HiFi in 1964; one of the first high-end stereo stores where you could purchase Japanese audio equipment.

The Ohm A/F was their first creation and is still regarded as one of the best loudspeakers ever made. Perhaps not as famous in some circles as the Quad ESLs, but a very unique and innovative design that has plenty of admirers.

In 1981, Ohm Acoustics left the retail market pivoting to direct sales only relying on customer word of mouth and offering a 120-day home trial period. To this day, they still manufacture new loudspeakers and service their legacy loudspeaker lines out of their Brooklyn warehouse.

Fast forward to 2021 and I now own five pairs of Ohm Acoustics loudspeakers, an Ohm shirt, and an Ohm belt buckle. How many audiophiles own a Krell, Wilson, or Vandersteen belt buckle?

Needless to say I am a massive fan of Ohm, and the way John Strohbeen runs his company. I had hesitations that my $200 Facebook Marketplace find wouldn’t be worth Ohm’s time to even discuss — I could not have been more wrong.

Most high-end audio manufacturers started as small companies and it wasn’t enough to just offer unique products; they had to deliver superior customer service to earn your loyalty. Companies like Ohm Acoustics have never forgotten this.

My Ohm F’s were purchased sight unseen with only a somewhat fuzzy picture of the logo. I violated all of my rules in the case of this particular product. Shame on me.

Much to my chagrin, their appearance out of the box did not convey the reality of their operational issues. They appeared to be in great shape minus the surrounds that exhibited evidence of dry rot. The seller had all of the original paperwork from 1973 and the original packaging as well. I brought them home and connected them to my system expecting musical ecstasy.

And not the good kind of silence when everyone leaves you alone at home for the day and you can hear your furnace making those odd knocking noises though the floorboards, as you crack open a cold one.

After some audio sleuthing on audiokarma.org, I found a specialized loudspeaker repair shop outside of Philadelphia, called Millersound. I send Bill at Millersound an email and he promptly replied with a request for photographs of the Walsh drivers.

Before I could send the Ohm Walsh drivers to them, he wanted to ensure that they were in a condition that justified a repair. The drivers could not be creased in any way, and the surrounds had to be the original parts or there was no way to repair them properly.

After close inspection, it was determined that they could be repaired and I packed them carefully in my trunk for the long trek to Philadelphia. Do not even think about shipping these; both from the perspective of cost and the possibility of damage.

Two months passed and I received word that the drivers were finally finished. The Walsh driver is quite complex and not something you can fix with some new foam surrounds and call it a day.

12 hours later (and a lot of miles), we were back home and I reinstalled them in the loudspeaker.

These speakers are sublime. They are certainly more elegant than bombastic. Their omnidirectional dispersion pattern fills the room with sound; in a way that forces your brain to readjust to the positioning of spatial cues.

Setting them up in your room requires some patience and a ruler. I’ve moved them 1/8th of an inch in every direction and noticed a change in the soundstage depth and width; their dispersion pattern interacts with all 4 walls and the smallest changes can have a huge impact on the sound.

Within a month I had them dialed in and placed where I liked them the most; 18” from the front wall to the rear of the cabinet. When we’re not using them, I move them back flush against the wall.

Millersound’s restoration is somewhat of a trade secret, but I do know that only the cone and frame are reused. The rest of the driver is updated. The titanium component of the cone is shaved ever so slightly to ensure that the cone is set perfectly at 90 degrees and a custom made jig is used in the process to ensure the accuracy of the set-up.

After the rebuild, these speakers have proven to be super flexible with amplifiers. I have driven them with as little as 13 watts from the Muzak tube amplifiers and as big as the 300 watts/channel SEA 2500’s. If you do decide to purchase a pair of these, understand that there will be some additional costs to restore them and that you will require a professional to do the work.

The Ohm 3XO’s fall into the “Walsh” family of Ohm loudspeakers. The have a omnidirectional low end with a directional tweeter. When set up correctly the “Ohm” logo will be on the left speakers and the “Walsh” or “3XO” logo will be on the right speakers. This creates a room sweeping “sweet spot” unlike traditional speakers. I had the pair I own updated with new surrounds for the low end and upgraded tweeter from the Ohm factory. Essentially these are now better than new.

Ohm recommends 50-200 watts and my experience is that 60 watts is the minimum amount of power required to really make these speakers come to life. Like the F’s, the placement will alter the sound greatly and these actual came with wheels to make that easier. The 3XO are more domestically friendly with a much smaller footprint measuring 36″ x 13″ x 13″; the larger Walsh F’s are 44″ x 14″ x 14″.

The FRS-15 were part of the Ohm lineup in the 1980s. The FRS-15 is a 54” tall square tower with each corner cut about 2”. One of the cut corners near the top, just below the grill, displays the Ohm logo. The FRS-15 is a true Walsh speaker designed for medium to large sized rooms.

Like the 3XO’s, they have omnidirectional bass response combined with directional tweeters. These speakers can handle up to 250 watts/channel and are rated at 32 – 20,000 Hz (+/-3dB). The 90 dB (6 ohms) sensitivity rating is pretty accurate; I drive them with a pair of 120 watts/channel Luxman power amplifiers and these loudspeakers can play quite loudly. These don’t come up very often on the used market, but they are a deal if you can find a pair in excellent condition. Ohm recommend replacing the foam surrounds every 30 years.

Don’t be confused by the model designation, because the FRS-7’s are the little sibling to the FRS-15’s in name only. These feature a traditional front facing 6.5″ woofer, 10″ passive radiator on the rear panel, and a 5/8” super-tweeter in the top corner. It makes for a very unique look. Setup is easier as they are not omnidirectional like the loudspeakers above.

The sound is dynamic and detailed; Ohm’s recommendation of 25 watts/channel is far too low. I used them for a year with a 45 watts/channel receiver and the sound quality was quite average. When I connected them to my Pilot receiver than can output 80 watts/channel, a different loudspeaker appeared.

The super affordable Ohm E’s were introduced in the late-1970s and they are one of my favourite Ohm loudspeakers. They sold for $200 at the time and have become quite popular on the used market if they are in good condition. Ohm still offer a number of upgrade options on their website and I find myself using my pair more and more. There is a naturalness to the sound with jazz, classical music, and folk/country/blues that makes them a great pair of loudspeakers for an office, dining room, or bedroom.

If you think about it, the ability to have 40 year-old legacy products supported by Ohm Acoustics makes their products rather unique. The Walsh models were quite expensive when they were initially introduced and restoring a pair can be expensive if the drivers are not in great shape.

I would like to send a special thank you to Jerry, the original owner of my Ohm F’s; for his impeccable taste in audio equipment and to his daughter, Paula, who allowed my family to be the custodian of his Ohm F’s for the next generation. 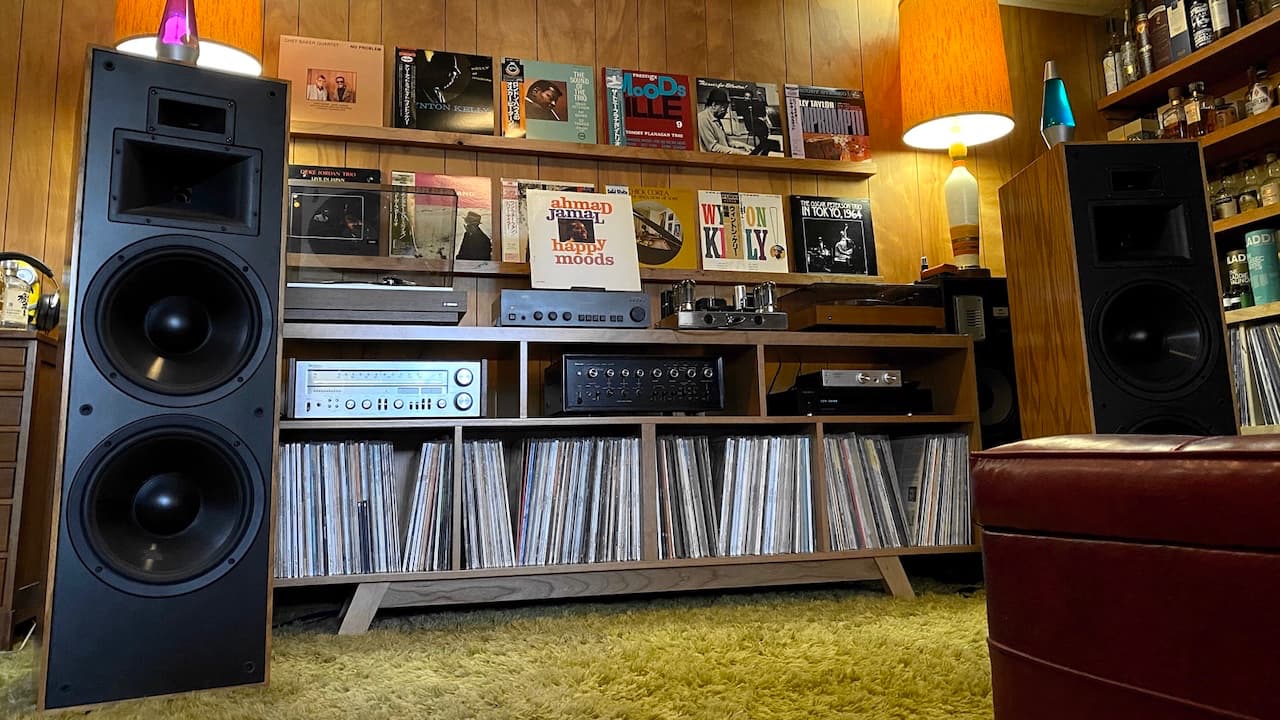 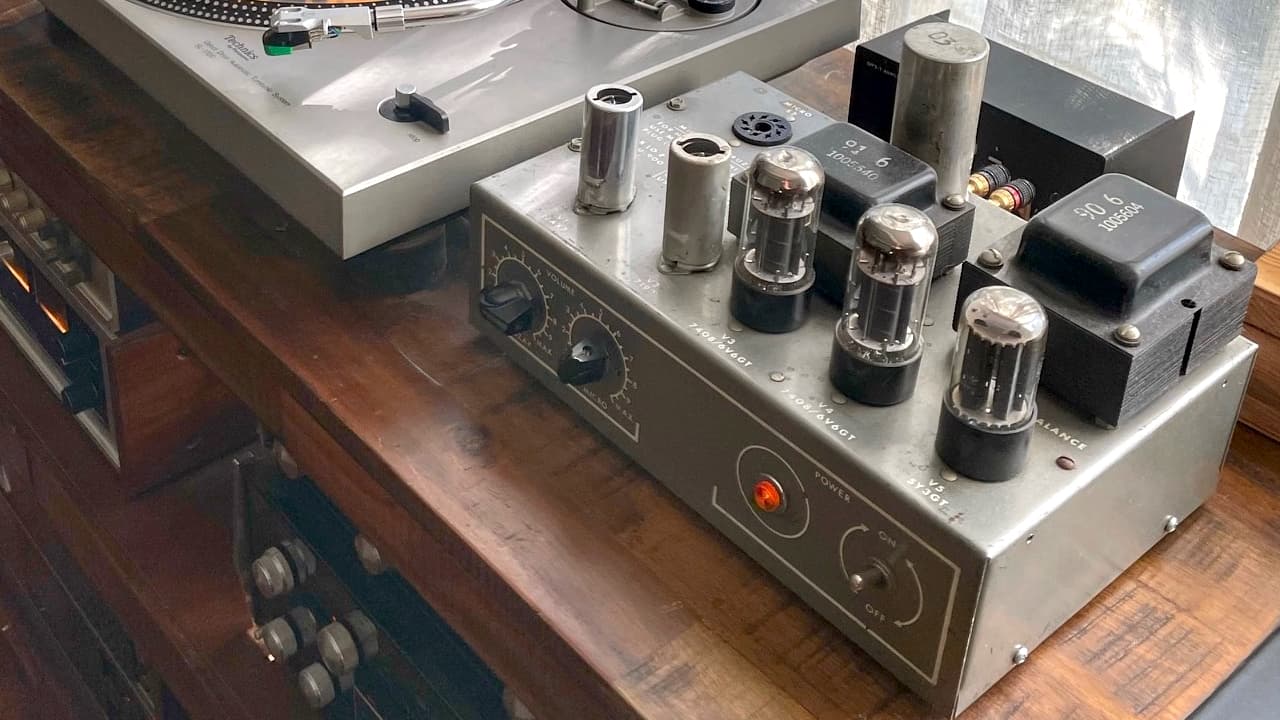