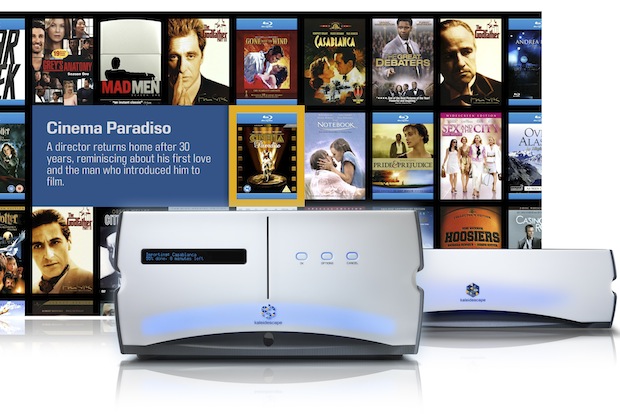 After a four-week trial that commenced on November 14, 2011, Judge William J. Monahan of the California Superior Court ruled in favor of the DVD CCA (DVD Copy Control Association), marking the end of the third chapter of the consortium’s legal proceedings against Kaleidescape. Kaleidescape has filed notice of appeal.

The DVD CCA is a corporation controlled by the six major motion picture studios in concert with the largest consumer electronics and computer companies. The DVD CCA licenses the copy control system used on DVDs.

Kaleidescape was founded in 2001 to bring consumers a fantastic experience for enjoying their movie collections. The Kaleidescape movie server makes digital copies of DVDs and Blu-ray Discs to hard disk drives so families can play back their movies instantly from any room of their home. A movie starts directly from the beginning, without forcing the family to endure advertisements, trailers, and confusing menus. With the company’s wide-ranging innovations, customers can jump directly to the greatest scenes and songs in movies and concerts, and small children can start their movies all by themselves.

Kaleidescape has carefully designed its products to protect the rights of content owners. The hard-disk copy of each DVD retains all of the DVD CCA’s scrambling and adds more encryption. The Kaleidescape System is a closed system that prevents DVDs from being copied to the Internet, to writable DVDs, or to computers or mobile devices. Furthermore, you cannot download a pirated movie from the Internet to a Kaleidescape System.

Every Kaleidescape customer must agree to copy only the DVDs that he rightfully owns, and must reaffirm this agreement upon copying each DVD. Kaleidescape Systems identify rental discs and prevent them from being imported. This combination of business practices and technology has been so effective that after years of searching for evidence that Kaleidescape’s customers use their systems to steal content, the DVD CCA admitted in writing that Kaleidescape has done no harm to any of the motion picture studios, and was unable at trial to show any harm to the DVD CCA itself.

“For the past 8 years, we’ve been baffled about why this lawsuit ever happened, since our products don’t encourage piracy, but do increase sales of movies. Maybe it’s because the large CE companies in Japan and the big computer companies in the USA, on the board of the DVD CCA, are afraid that Kaleidescape is building a better way to enjoy DVDs and Blu-ray Discs than they are,” said Michael Malcolm, Kaleidescape’s chairman, founder, and CEO.

Judge Monahan entered his statement of decision and injunction order on March 8, 2012. Kaleidescape filed its appeal on March 9, 2012. Kaleidescape believes that under California law the injunction order should not come into effect unless the California Court of Appeal affirms Judge Monahan’s decision. Kaleidescape is confident that when the Court of Appeal reviews the facts of this case, particularly in light of the complete absence of any harm to the DVD CCA or its members, that it will reverse the trial court decision. The appeal process may take one to two years.

Judge Monahan sided with the DVD CCA, which contends Kaleidescape agreed to a contract that mandated certain requirements with which devices must conform in order to comply with the Content Scramble System (CSS). When it developed and marketed its video server systems, it knowingly violated those requirements.

“The court concludes that plaintiff DVD CCA performed its obligations under the contract and that defendant Kaleidescape has breached the contract … Kaleidescape’s breach has damaged DVD CCA irreparably, so that injunctive relief is warranted.” (p.22:19-21)

“The evidence also shows that Kaleidescape rejected proposed alternative products that would have played back DVDs from the physical DVD disc, not because it concluded that the License Agreement would allow the play back of DVDs from permanent copies stored on a server, but rather, because of marketing considerations.” (p.35:7-10)

“There is no public policy that is advanced by allowing Kaleidescape to continue in its breach of the License Agreement.” (p.63:5-6)

About Kaleidescape
Kaleidescape designs and manufactures the world’s leading DVD and Blu-ray movie servers, products that deliver the premier movie-watching experience for your home. The Kaleidescape System, renowned for its intuitive user interface, presents your entire collection of movies on any TV in any room, and forever changes the way you enjoy movies. Kaleidescape’s innovative products and services are protected by 67 patents issued and pending. Founded in 2001 and headquartered in Sunnyvale, California, Kaleidescape sells its movie servers through custom audio and video installers throughout the world.

The Content Scramble System (CSS) is the protection system that has enabled the owners of movie content to provide consumers access to high quality DVD movies for home viewing on their video systems and computers. CSS is made available to allow product manufacturers to offer exciting products for consumers to use to enjoy DVD motion pictures while also protecting those motion pictures from unauthorized duplication, protecting from infringement the intellectual property contributed by the many writers, directors, actors and producers who create such works.