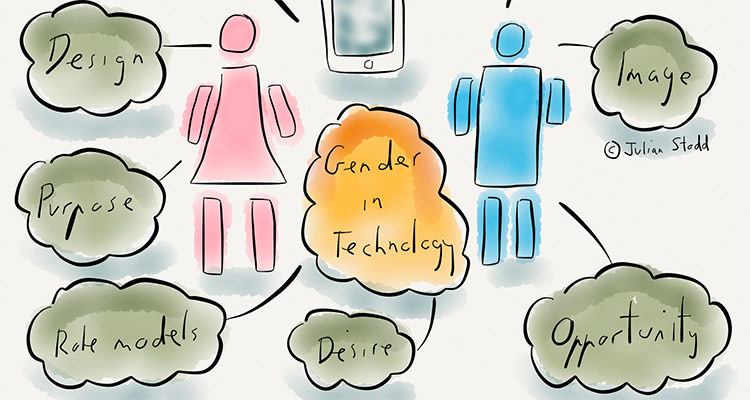 “There’s no going back. The first pickle is out of the jar.”

– Joan Williams, director of UC Hastings Center for Worklife Law, commenting on the gender discrimination suits that have been filed against Facebook and Twitter since Ellen Pao’s trial involving VC firm Kleiner Perkins began a month ago.

It’s taken a while, but there really should be no going back now. During the past month, as the Ellen Pao lawsuit has progressed through the various stages of a very public trial, plenty of commentators have expressed their views about whether or not the culture at Kleiner Perkins is overly male-oriented and sexist, whether Ms. Pao was in the right or not, and whether even if she had a theoretical case she could actually win. It seems to me overall that the evidence pointed to a fairly harsh, male-dominated and macho culture even though Pao eventually lost her case – a notoriously difficult one to win in the best of situations. My reason for entering the fray is to try to point to how we might set about improving the balance between the sexes in terms of career opportunities because to my mind the industry is much poorer for not being able to benefit from sufficient numbers of the gender that comprises 50% of the population and not far from that percentage in terms of trained professional minds.

The main problem in this regards that I see is not in VC firms, still a notoriously clubby culture, but in tech companies themselves, which are far more numerous and that on average have far larger employee populations. One thing I haven’t seen much of in the press reports and commentary on fostering greater gender diversity is the distribution of women by functional area. In particular, there is a dearth of women in engineering and sales, the two functional disciplines that are traditionally by far the most empowered in a typical software, networking, or semiconductor company. There tends to be a much higher percentage of females in staff functions such as marketing, PR, HR, legal and finance. The real problem is in engineering, product management, field systems engineering, and sales. The second issue is the lackluster representation of women in senior management, particularly running sales, R&D, or the entire company. Without wanting to over-compensate and commit the heinous sins of stereotyping and political correctness (the first cousin of hypocrisy), I do believe that women often bring different skills and perspective to critical functions, free as they generally are from the male curse of excessive testosterone.

To my mind, having disproportionate numbers of males running companies and/or filling the most influential functional roles, often creates a monoculture that leads to a kind of macho group-think, impatience that is regarded as a virtue, and impulsive – and frequently off-the-mark – decision-making. It has long puzzled me that both sales and engineering have been so poorly “marketed” and communicated as careers for either sex. In my own case, I was so put off as a youngster by the stereotype of the salesperson that I was taught to expect as the norm – i.e., the talkative, pushy, coin-operated extrovert – that I avoided selling jobs like the plague. In fact, the only reason I “ended up” in sales several years later was that I met a highly successful and respected businessman shortly after I graduated who I thought must be a lawyer or a doctor but later discovered was a sales manager. As I came to know this person and his philosophy and work style, I began to understand that selling was not about manipulating prospects to do something against their will or their interests by pushing them to buy something that I was determined to “sell” them. Instead, I realized that sales, particularly in the B2B world, can be a professional career that rewards thoughtfulness, a questioning mind, diligence, entrepreneurial instincts, ability to focus single-mindedly on critical priorities, and a real calling to help customers solve problems, some of them intractable. In essence, the role was about exploring problems with a prospective client and prescribing a way of solving them, in the process enabling the client make their decision without feeling that they are being pushed into it.

As a liberal arts graduate I had been taught to expect that my career prospects were limited to teaching or museum curation. But because of the influence of this mentor figure, I later began what would become a forty-year career in sales and then consulting (a profession that requires critical elements of vocation, discipline and skills in selling) that has been extraordinarily gratifying. Thinking of the hundreds of professionals and executives whom I have worked with over the years, I have seen many, many salespeople, consultants, engineers or architects prefer to continue in their functional roles rather than ascend to management or higher. This is because of the inherent and profound gratification to be found by performing this type work to a level of excellence. And even when they do choose to pursue a role in management, as entrepreneurs, or as board members, the skills and knowledge they acquired in their original functional roles provide priceless know-how for executing their new responsibilities.

If women received a more accurate picture of the characteristics that can lead to a successful professional sales career, I believe we would see many more talented and highly qualified women gravitate towards a career in sales. Simply because the characteristics I described above require – and should appeal to – women as much as to men. And the same applies to men. If they also received a more accurate description of what a career in sales entails, I’m sure we would see a quite different pool of male talent entering the profession rather than eventually falling into it, as was the case with me.

As for a career in engineering, coding, programming, systems architecture, or – as some people like to think of it these days – becoming a full-time hacker, this is also a poorly marketed profession. Too often it is presented as a career for introverted nerds who are mathematical whizzes, have a strong distaste for human contact, and preferably share a questionable type of juvenile male humor. I can only imagine that most women must find both of these stereotypes very off-putting. No wonder then that they flock into advertising, PR, marketing services, HR, finance and law. What a shame that it has taken so long to really question hard why the gender imbalance still exists, especially in an industry that loves to project an image of enlightenment and modern thinking. In the case of development engineers, systems or solution architects, field systems engineers, and even professional implementation services consultants, what should be promoted about these careers besides the requisite individual technical skills and knowledge are critical elements of the job such as the opportunity to solve challenging problems by using one’s technical creativity, participating in brainstorming sessions with colleagues on your team to design a new system or application, focusing on a set of specific objectives to execute to within an agreed time frame, going beyond the call of duty on many occasions to overcome critical hurdles, before finally achieving the gratifying goal of producing a program or system that addresses customers’ business problems with innovative, possibly breakthrough results.

As for elevation to senior management, board directorships, and the like, I don’t believe there is so much of an “image” problem deterring women from wanting to perform these roles. But in tech there definitely seems to be a glass ceiling preventing them from reaching them. However, just to reiterate the point, I believe the problem starts with functional expertise. If you don’t have that many women in engineering and sales in the first place, how can they get promoted through that route to eventually run the business, especially since from what I’ve seen most cross-organization leaders such as CEOs, COOs, and even heads of field operations come from product development or sales. The one exception in terms of career projection is finance – but even here the percentage of women CFOs and COOs in tech is woefully small.

Back to the recent/ongoing lawsuits; independently of whether any of these plaintiffs win their suits, there really is no going back now. One yoke that we need to free women of is the perceived need that many still feel for them to have to behave “like men” – by being “aggressive”, and so on – in order to progress. That said, everyone who is interested in attracting women into R&D, engineering, product management, and sales or systems engineering needs to give serious thought as to how we describe these careers to middle-school, high-school and college students, university graduates and post-grads, and others who have their careers in other industries and could become highly valuable transfers into tech. The last thing that I believe anyone really wants to see spring up are (informal or formal) “affirmative action” type quotas, because then we shall be cursed by the obligation to operate out of political correctness, so often the enemy of progress based on merit.

Finally, let me echo the questions posed by Julian Stodd, author of an August 20, 2014 blog, Gender in Tech: Feature or Culture?. Stodd is also the creator of the illustration I’ve used for this article. Here’s what he asked in his article: “Why do we see women ‘breaking into’ technology when men don’t have to? Why are so many of the role models exceptional because they have fought their way to the top? Why is there a fight?” Indeed, why is there a fight at all?

The post Gender Diversity in Tech – The First Improvements to Make … appeared first on PhilipLay.com.