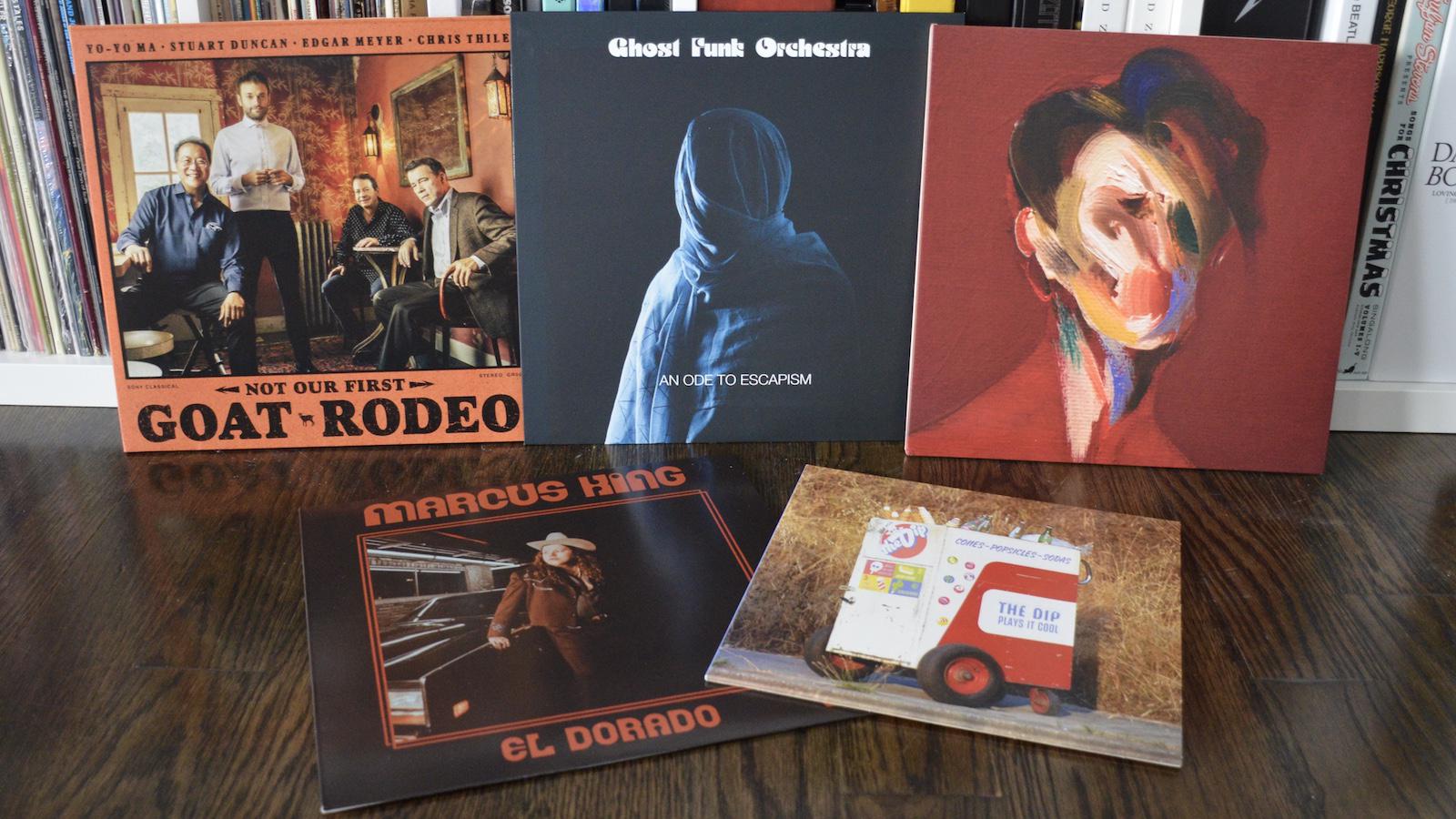 While many of my favorite things like concerts and record store trips were no longer a possibility in 2020, I was thankful for one remaining constant – a steady stream of new records. 2020 was another solid year for releases despite the many challenges faced by us all; artists turned to creating while on hiatus from the road. Here are 5 records you might have missed last year that I’ve had on repeat well into 2021:

Each of the last few years, I’ve found a standout release very early in the year from Easy Eye Sound. In 2020, that album was Marcus King’s El Dorado. After putting out three albums as frontman of The Marcus King Band, King made his solo debut last year on Dan Auerbach’s label. I had heard his name in conversations about the next generation of blues musicians, but somehow hadn’t given his music a listen yet. After hearing El Dorado, I was certainly kicking myself for not knowing him before. The record is heavier on soul and R&B influences than blues, and showcases both his prodigious guitar playing and powerful vocals. Mixing ballads seamlessly with foot-stomping sing-alongs, King delivers a striking breakout performance that will delight fans both old and new. Buy Album at Amazon.

Top Tracks: “The Well,” “Beautiful Stranger,” and “Too Much Whiskey”

Without a doubt, my favorite record of 2020 was Norwegian singer-songwriter Sondre Lerche’s latest, Patience. Lerche first hit my radar in 2005 after the release of his second album, Two Way Monologue, and quickly became a constant in my listening rotation. Lerche’s music is as infectious as ever fifteen years later; he has a knack for writing gorgeous melodies that allow the unique timbre of his voice to shine. He explores new sounds with renewed ambition on Patience, creating a beautifully textured sonic landscape with new layers to peel back on each listen. The wide-ranging tracks will have you dancing one minute and pausing for self-reflection the next. The album is a stunning pop masterpiece that deserves a much wider audience. Buy Album at Amazon.

Top Tracks: “I Can’t See Myself Without You,” “You Are Not Who I Thought I Was,” and “Put The Camera Down”

Every so often an album comes along that totally throws me for a loop in the best way possible; sending me on a sonic journey into uncharted musical territory. I was lucky enough to encounter one of these albums in 2020. An Ode to Escapism is the sophomore release from Ghost Funk Orchestra, a ten-piece psychedelic soul collective from New York City. The band is known for its unique sound and unconventional time signatures, and there is no shortage of either element on this record. With pieces of spoken word intertwined with lush string arrangements and sweeping horns throughout, it is at times haunting but always quite funky. The cinematic quality of the music is undeniable – it would be a suitable choice to soundtrack quarantine life in 2020. Look no further for the next album to lose yourself in – just pop on some headphones and you’ll sink right into the cosmic grooves around you. Buy Album at Amazon.

Top Tracks: I highly recommend listening to the album in full, but if you don’t have time, check out “Little Bird” or “Queen Bee.”

Not Our First Goat Rodeo is the second album from the all-star lineup of Yo-Yo Ma, Stuart Duncan, Edgar Meyer, and Chris Thile. Coming almost a decade after their first release, this bluegrass/classical crossover gem was a welcome surprise midway through the year. While bluegrass and classical are likely not the first two genres you’d think to mesh together, these players blend their styles with a flexibility and virtuosity that is unmatched. Chris Thile lends his voice to several tracks and frequent collaborator Aoife O’Donovan is featured once again, bringing a little extra magic to the mix with her harmonies and vocals. This group of musicians has joined forces in many different combinations over the last decade, continually elevating their genre-bending brilliance along the way. Not Our First Goat Rodeo is their finest work yet, and can serve as an invaluable gateway album to many more musical discoveries. Buy Album at Amazon.

Top Tracks: “Your Coffee Is a Disaster,” “Every Note a Pearl,” and “Nebbia”

The Dip – The Dip Plays It Cool

My last pick is an EP, but boy does it pack a punch. After releasing my favorite album of 2019, The Dip were back with more new music in 2020 with the release of The Dip Plays It Cool. With four tracks and a 16-minute length, this instrumental EP easily gets replayed a lot at home. Seven-piece soul/pop melters from Seattle, The Dip have made a name for themselves with their tight horns, solid rhythms, and catchy melodies. They’ve expanded the universe of their sound on this release, which is immediately made apparent on opening track “Ángel de los Muertos” with its classical guitar riff and brooding horns. For anyone new to the band, The Dip Plays It Cool is a good starting point to get a taste of their playing chops and great arrangements. The band always delivers on its vinyl releases too, and the packaging for this record was my favorite of 2020. Pressed on Tri-Color Spumoni vinyl and complete with a sticker set corresponding to each song, no detail was spared when putting together a really thoughtful release for fans to enjoy. Buy Album at Amazon.