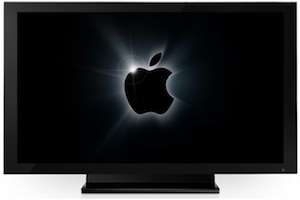 “I would like to create an integrated television set that is completely easy to use,” Steve Jobs told his biographer, Walter Isaacson. “It would be seamlessly synced with all of your devices and with iCloud.”

Everyone assumes that Apple is working on iTV or whatever it will be called. It’s in his biography, pundits speak about it — the only question is when will it debut?

I will be hugely surprised if Apple markets a television set, my guess is that it will bring a new device to the marketplace that will offer a Jobsian way to consume video content, play games and interact in the social space. Calling it a TV will probably be pejorative or, at the very least, a misnomer.

That said, I am fascinated by the quote from Steve Jobs’ biography. “It will have the simplest user interface you could imagine. I finally cracked it,” mostly because it makes no sense. There is nothing in the world of technology simpler than turning on a television set. Flipping channels and adjusting volume are literally child’s play. It is a behavior exhibited by everyone over the age of three who has ever seen a television. “Simple as turning on the TV,” is the holy grail of modern consumer electronics design. Did Steve come up with a way to make it simpler? Doubtful.

But the interface, simple or not, is not the problem. That’s not the code that needs to be cracked. Where we need Steve Jobs’ magic is on the other side of the system — where content transitions from scarce (on TV) to ubiquitous (online). Find a codex that solves for supply and demand: Then, and only then, will the code be truly cracked.

Supply and demand is an immutable law of our human experience. If something is scarce, it is valuable. If something is ubiquitous, it is less valuable. I challenge you to identify any ecosystem anywhere in our observable universe where this is not always true. If you find an example, please email me immediately; you will be the first person in history to accomplish this feat.

If you want to reach the vast majority of television viewers in the United States, pick a Thursday night during November, February or May and buy airtime on ABC, NBC, CBS and Fox between 09:00:00 pm and 09:00:30 pm. It will cost you a few hundred thousand dollars on each of the networks and it will be worth it. Why would you need to spend this money on Thursday evening? Because the vast amount of American TV viewers are awake and watching TV at that time. (That’s why weeknights from 8pm — 11pm is called Primetime.)

And, more importantly, Americans get paid on Friday. So, if you want to sell them something over the weekend or call them to action (Come to my weekend sale, or come test drive my car and get 10% off this Saturday) the last time you get to reach them when they are sober and might have money in their pockets is Thursday evening. They will go out on Friday and Saturday and by primetime Sunday night they will have a hangover and be broke! (Please don’t send me hate mail about my insensitivity to alcoholics or suggest that I am promoting or condoning underage drinking — I’m not.)

This makes primetime Thursday evening between 09:00:00 pm and 09:00:30 pm a very scarce resource indeed. Now, take the same piece of video content, put it online (which instantly removes both the temporal and geographic restrictions). What has to happen to the price of the airtime? Remember — supply and demand.

People often confuse TV the art form with TV the platform. The television (and movie) business is about packaging content, measuring the audience and selling that audience to advertisers. If you add in the dual revenue business (like cable networks and some broadcast entities) it is also about creating high-value content that attracts and maintains subscribers. In the case of the premium content providers, it’s only about subscription revenue.

Why would content owners whose content is good enough to be distributed as a scarce resource want to unrestrict the very access that enables their remuneration?

Now, you could argue that scarcity can be created with a cloud-based video distribution system over the public Internet. That’s stating the obvious. Netflix is just such a system. So are Hulu Plus, Roku, Vudu, etc. Why haven’t these systems destroyed the cable and satellite business? They are too expensive, too limited and too hard to use. Can that code be cracked? Sure, this is probably the part Steve Jobs had figured out. But, at some point he would have been faced with the code that can’t be cracked: How do you make something ubiquitous and valuable at the same time? Steve, I’m your biggest fan and I want to be wrong, but I don’t think you cracked it.