INDIANAPOLIS — Yamaha Electronics Corporation, the leader in digital audio production and reproduction, offers a glimpse of the future of seamless music storage and distribution with the system that started the digital audio wireless distribution revolution. The best combination of innovation, sound quality and style is now available with MusicCAST, the high-tech digital jukebox that provides music at the touch of a button via wireless or wired audio streaming to any room in the home.
MusicCAST sends music from the system’s Server (MCX-1000) to the user’s choice of an external desk-top music access Client (MCX-A10), which can be conveniently be placed anywhere in the house, or the in-wall mountable music access Client (MCX-C15), which can blend into any room.

To complete the MusicCAST family of products, Yamaha recently added the sleek In-Wall Client, which enhances the motif of any room while filling it with quality music. The MCX-C15 is similar to the sleek silver external desk-top Client (MCX-A10) in that it accesses all the content stored on the main MusicCAST server (MCX-1000). Both Clients can connect to the Server or existing home networks using CAT-5 wiring. The MCX-C15 can be connected wirelessly to the Server by adding any wireless access point that supports IEEE 802.11b/g. Once a Client is placed in a room and begins to communicate with the server, that room automatically becomes a part of the system. The MCX-C15 is capable of receiving streamed audio from the MusicCAST’s Server, and was developed based on requests and suggestions of consumers and custom installers.
The customizable MCX-C15 In-Wall Client is outfitted with 17-watt x 2-channel Yamaha digital amplifier (MCX-CA15S) for superb sound quality, as well as a pre-out terminal that can double as a stand-alone zone amp for use with current audio systems. The MCX-CA15S can be connected to in-wall speakers to complement a flat screen plasma display, and can be used with an audio input for connecting an external or “local” source. The MCX-C15’s extended IR command generator allows you to control volume, input selection, tuner preset selection, sleep and standby modes of any Yamaha A/V Receiver from the MCX-C15 remote control. These IR signals are received by the controller’s sensor then transmitted via the MCX-CA15 or the In/Out Box to an IR flasher that repeats the signal for other components. The MCX-C15 supports IR remote transmission functions for custom installation to control other components.

Other features of the MCX-C15 include a timer function, an LCD display and joystick for control, a wireless remote control and an on-screen display that uses a TV monitor. To make the In-wall Client easier to use, Yamaha has incorporated four buttons on the main controller that can be assigned to the user’s favorite playlists or music source. An Infrared repeater for control of other Yamaha components via remote is another new feature.
With its ability to store a family’s entire music library on its hard drive and distribute whole-house audio, Yamaha’s MusicCAST system is the simplest way for homeowners to realize the benefits of a high quality multi-room music system. Now anyone in the family can enjoy their own style of music at home anytime, anywhere, conveniently and easily.
At the core of this system is an easy-to-install Server (MCX-1000) with a user friendly interactive on-screen GUI (Graphical User Interface), which stores music on an 80 GB hard drive, and utilizes a built-in CD-R/RW drive. At the other end are easy-to-use Clients—-the In-Wall (MCX-C15) and traditional (MCX-A10) –self-contained wireless receiving systems that provide instant access at the touch of a button and play music supplied by the MusicCAST server.

Using the latest network technology, the Server streams user-selectable audio sources to all Client locations, allowing music to be played from one central location to any location in the home or outdoors. The Server-to-Client communication system can achieve up to five wireless connections, two wired connections and the Server to make up to a total eight discrete locations for music playback. Each Client can be sent a different song or can listen to the same song simultaneously, even at different times in that song. For additional versatility and extended range, Clients can connect to existing home networks using CAT-5 wiring. An RS-232C serial port allows interactivity with the Yamaha AV receiver features of automatic DSP selection and volume adjustment.
The MusicCAST Server also incorporates a CD-R/RW drive that allows you to transfer music to and from the hard drive. Music is saved in its original form to the 80 GB hard-drive at a fast speed (1hr CD approximately 3½ min.). The recording format is PCM and/or MP3, which allows the user to record about 100 hours in PCM format or about 1,000 Hours in MP3 format. By using the external inputs on the rear of the unit, the Server has the ability to store or stream real-time audio from external sources, including digital satellite music, FM, LP, tape, or any other source to a Client.
MusicCAST also features extremely user-friendly On-Screen Menu Icons that allow users to create playlists or access other on-screen functions, such as music information databases. MusicCAST comes with a built-in CD recognition database provided by Gracenote and will automatically display and save an audio CD’s information such as artist, album, track and music genre. With a simple Internet connection, the latest CD recognition information (track, artist, album) can be accessed through Gracenote CDDB online service and easily updated.

Both MusicCAST clients work with virtually any type of speaker system. The built-in digital power amplifier provides complete flexibility in any speaker setup. Yamaha also offers the MCX-SP10s, a pair of wall mountable speakers specifically designed to complement the elegant style of the MCX-A10 Client.
The entire MusicCAST family is currently available. The MCX-1000 Server is priced at $2200, the MCX-A10 External Desk-Top Client is priced at $600, the MCX-C15 In-Wall Client with amplifier is priced at $649.95, the stand-alone In wall Amplifier is priced at $269.95, and the MCX-SP10 speakers that are designed for the MCX-A10 are priced at $120.
MusicCAST can be seen during the CEDIA 2004 show at Yamaha’s booth (#424), Indianapolis Convention Center, beginning September 10.
For more information, write Yamaha Electronics Corporation, P.O. Box 6660, Buena Park, CA 90622; telephone (714) 522-9105; email infostation@yamaha.com; or visit www.yamaha.com/musiccast http://www.yamaha.com/home 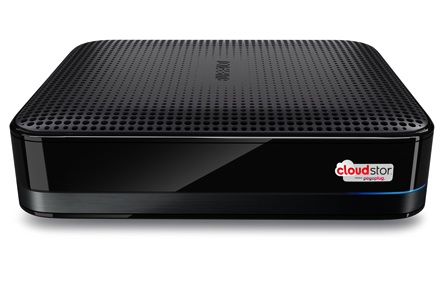 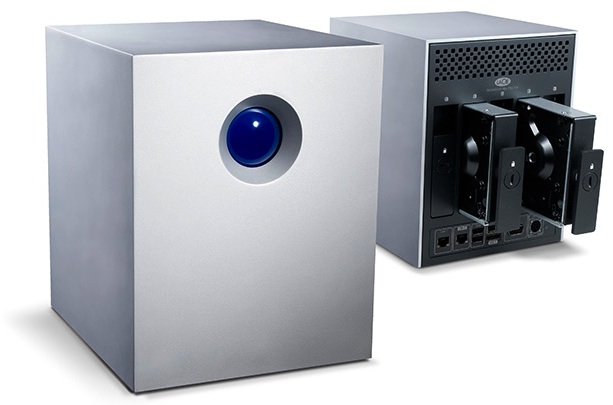