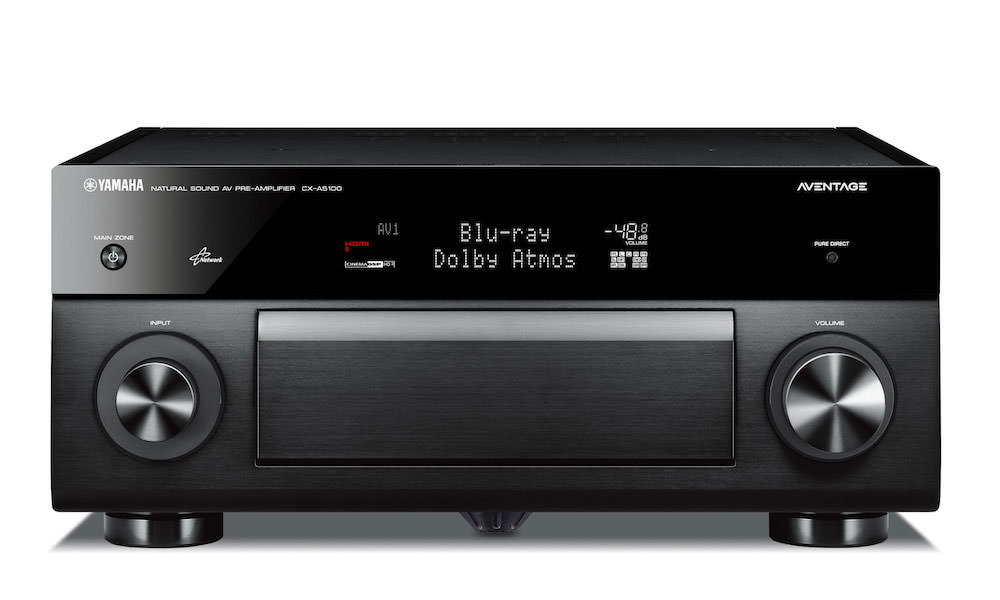 Yamaha today introduced the flagship AVENTAGE CX-A5100, the second generation of its home theater preamplifier. The CX-A5100 adds several key features over its predecessor, the CX-A5000, including compatibility with Dolby Atmos and DTS:X, dual XLR subwoofer outlets, built-in Wi-Fi and Bluetooth, as well as full support of 4K video with HDCP 2.2 compatible HDMI.

Yamaha’s groundbreaking CINEMA DSP HD3 (HD Cubic) technology has been revamped for the CX-A5100 to maximize speaker performance by enabling them to reproduce fuller, richer and more immersive sound. When the CX-A5100 is paired with the Yamaha MX-A5000 power amplifier, this formidable duo can integrate CINEMA DSP HD3 in an 11.2-channel or 7.1.4-channel configuration to replicate the audio found in the best movie theaters in the world, within the home.

All channels of this model use ultra-high performance SABRE32 Ultra DACs, which provide 192 kHz / 32-bit processing with a superior signal-to-noise ratio and high dynamic range for Blu-ray Disc players, as well as from high-resolution source inputs over a home network.

This is also the first product, other than the company’s AV receivers that were introduced earlier this year, which is compatible with the MusicCast wireless multiroom audio system that was unveiled last week. MusicCast delivers music to any room in a home via an array of Yamaha audio products with control provided by a simple app.

The craftsmanship and design of the CX-A5100 is influenced by Yamaha’s expertise in professional audio, musical instruments and home theater. The internal structure eliminates high frequency noise interference from the digital circuitry, while shielded power supplies and a large power transformer resist the radiation of noise and vibration. Chassis stiffness is enhanced by a three-ply structure that incorporates an independent top cover, aluminum side panels and an H-shaped cross frame. The A.R.T. (Anti-Resonance Technology) Wedge in the center of the bottom cover acts as an additional vibration countermeasure.

Pricing and Availability
The Yamaha AVENTAGE CX-A5100 preamplifier will be available in late August 2015 for $2,999.95 MSRP.

Sound & Vision5 years ago
You Are Here