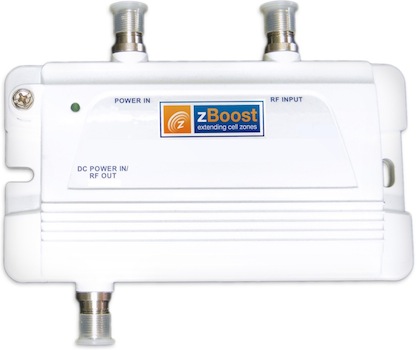 The dual-band active antenna amplifier consists of a self-contained, in-line unit to be mounted with the Signal Antenna. No additional cable runs are needed.