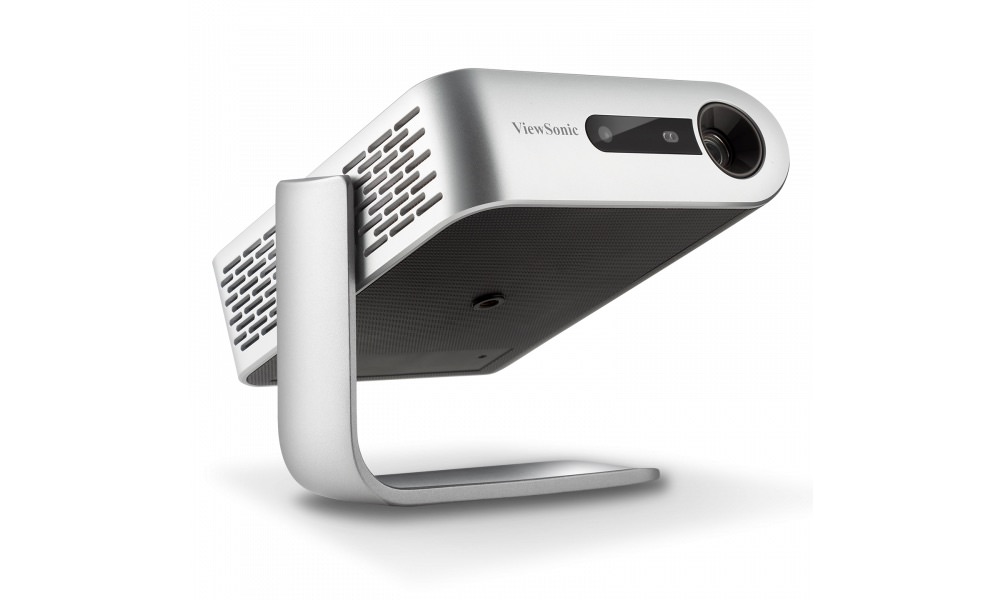 ViewSonic started shipping the M1 ultra-portable LED projector with built-in dual Harman Kardon speakers. The $300 lightweight projector utilizes the latest solid-state LED technology, making it mercury and lamp free. With support for Full HD (1080p) resolution, the M1 is also 3D compatible with optional PGD-350 3D glasses. The integrated, patent pending Smart Stand provides for simple setup, allowing the projector to be placed in different positions at nearly any angle, while also doubling as a lens cover. When the lens is uncovered, the M1 automatically powers on with full brightness for instant use. A built-in safety feature temporarily turns off the lens when objects are detected too close to the projector.

The ViewSonic M1 weighs about one and a half pounds making it easy to carry from room-to-room at home or in an office environment, and carrying it on the road. It boasts 250 ANSI lumens of brightness, 120,000:1 contrast ratio, and a short-throw lens for achieving large images in small spaces. Making it easy to share and view a variety of multimedia content, the M1 comes with multiple connectivity options including: HDMI, USB 2.0 and USB Type C, Audio Out and a MicroSD card reader. It’s built-in battery provides up to six hours of power, 16GB of built-in memory, and LED technology that offers up to 30,000 hours of usage.

Price and Availability
The iF Product Design Award-winning ViewSonic M1 is available now for $299.