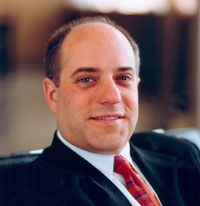 HARRISON, NY, Aug. 28, 2007 — Universal Remote Control, Inc., the leader in control system design and manufacturing for home and professional entertainment systems, has announced the appointment of Mitchell Klein to the newly created position of Director of Research and Market Development, and James Novak as Senior Product Manager.

“We’re delighted to welcome these two industry veterans,” said Doug Cole, URC Senior Vice President and General Manager. “Combined, they bring to URC nearly 40 years of experience in the custom installation arena, and a breadth of judgment that would be hard to duplicate.”

As Director of Research and Market Development, Mr. Klein will be responsible for identifying new product and technology opportunities for URC and its dealers, and for providing the necessary research, intelligence and interpretation as new concepts are developed into finished products. A member of URC’s product development team, he will be working closely with the marketing and sales teams to help establish and drive sell-through.

Mr. Klein comes to URC from his role as a founding partner of StayTuned, a strategic and tactical consultancy for manufacturers in the Custom Installation channel. Earlier, he served as President and CEO of Media Systems, where he reinvented the traditional retail business model, pioneering today’s custom installation industry. During his 15-year tenure, Media Systems was consistently among the industry’s top-grossing custom installation firms, and earned more than 22 industry awards, including awards as the inaugural CEDIA/CEPro Dealer of the Year in 1996, and the CEA/TechHome Mark of Excellence Dealer of the Year in 2001.

Mr. Klein, in addition, has successfully helped to pre-empt proposed state legislation disadvantageous to CEDIA members, and continues to chair the critical committee monitoring this situation. As a class instructor, he has been delivering high-impact content to full classrooms since 1990. He also frequently contributes written articles to industry media, and is widely sought after as an industry spokesman and instructor.

Mr. Novak, as Senior Product Manager, will work to integrate the many segments of the custom installation market into a strategically focused whole, maximizing the value of URC products by coordinating the engineering of new products with an understanding of market needs. He will also oversee all aspects of products and services to create and deliver superior customer satisfaction.

About Universal Remote Control, Inc.
Headquartered in Harrison, New York, Universal Remote Control, Inc. is a world leader in the design, engineering, manufacture and distribution of high-quality remote control devices. Since its establishment in 1991, the company has become highly regarded by consumers and professionals alike, and won numerous industry awards. It supplies millions of remote controls each year to consumers around the world through four primary distribution channels: consumer retail, custom professional, subscription broadcast and OEM. 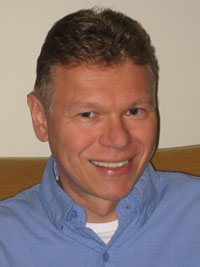