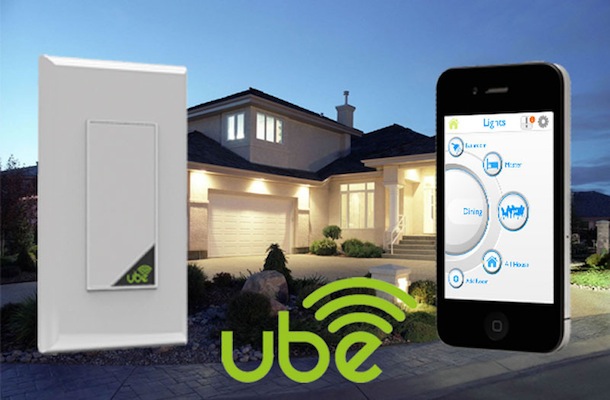 Ube (pronounced “yoo-bee”) announced an Indiegogo campaign to support its Wi-Fi connected Smart Dimmer. This dimmer is designed to control household light circuits by replacing a homeowner’s current light switch or dumb dimmer and allowing full control of the lights from the switch or from a smartphone app. The dimmer connects to the homeowner’s home Wi-Fi router and is then controllable from a smartphone while connected to the local home network or from any internet connection worldwide. Ube’s technology obviates the need for expensive custom control systems to control home electronics and instead uses IP communication protocols for control of a variety of connected home electronics.

Ube smart dimmers are electrically and mechanically compatible with North American lighting standards and can be installed in single gang back boxes found throughout residences in North America.  Ube’s Dimmers install in the same manner as traditional dimmers. Ube also plans to publish an open API so that developers can create their own SW apps to control the Ube smart dimmers.

Price and Availability
The Ube Smart Dimmer will start shipping June 2013, and can be purchased for $49 to $69 at http://igg.me/at/ube/x/1805061. Early Indiegogo backers receive a discount on the regular prices.

Ube Management
Founded by industry veterans Utz Baldwin , the former CEO of CEDIA – the global organization representing the connected home industry, Glen Burchers a veteran of five successful start up ventures and more than 25 years in the consumer semiconductor market, Ramki Anne, the former Vice president of Engineering for TomTom and Pete Fossick, a leading UX designer and recent professor at Savannah College of Art and Design.