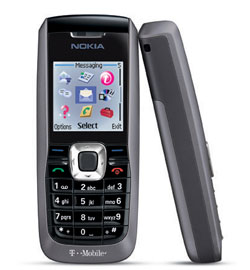 .
Customer Satisfaction with the Wireless Retail Sales Experience Decreases Due to Issues with Product Information and Promotional Incentives, Says J.D. Power and Associates

Overall customer satisfaction with the wireless retail sales experience has steadily decreased since 2006, driven in large part by dissatisfaction with product information and promotional incentives, according to the J.D. Power and Associates 2008 Wireless Retail Sales Satisfaction Study(SM)-Volume 1 released today.

Now in its fifth year, the semi-annual study analyzes evaluations from customers who recently had a wireless retail sales experience. Overall customer satisfaction with major wireless carrier-branded stores is based on four factors. In order of importance, they are: sales staff (51%); store display (17%); store facility (16%); and price/promotion (16%).

The study finds that overall satisfaction with the wireless retail sales experience has reached its lowest level since 2005, and has declined to 699 points on a 1,000-point scale in 2008 — down 10 points from the last reporting period (Volume 2 released in October 2007) and down 17 points since May 2007.

The study also finds that while scores have declined in all four factors driving overall satisfaction, the most notable decreases occur in the store display and price/promotion factors. Customers are particularly dissatisfied with the rebates offered on phones and accessories, and with the availability of product and service information.

“Within the past year, there have been a number of new product and service plan innovations where, in most cases, consumers need to be re-educated in terms of usage and price plan information,” said Parsons. “The information and materials used to explain these new services need to be readily available and easy to understand in order for wireless carriers to meet and exceed customer expectations. Additionally, as providers match each other on price, they are using rebates and promotional offers to build traffic to their retail outlets. In doing so, it’s important that rebates are received quickly and without any surprises.”

Volume 1 of the 2008 Wireless Retail Sales Satisfaction Study is based on experiences reported by 6,634 wireless customers who completed a retail sales transaction within the past six months. The results are from the two most recent reporting waves, which were conducted in September 2007 and January 2008. Visit JDPower.com to view customer satisfaction ratings for wireless service and carrier performance, call quality, customer care, retail sales and mobile phone handsets.

Overall Retail Sales Index Rankings (Based on a 1,000-point scale)