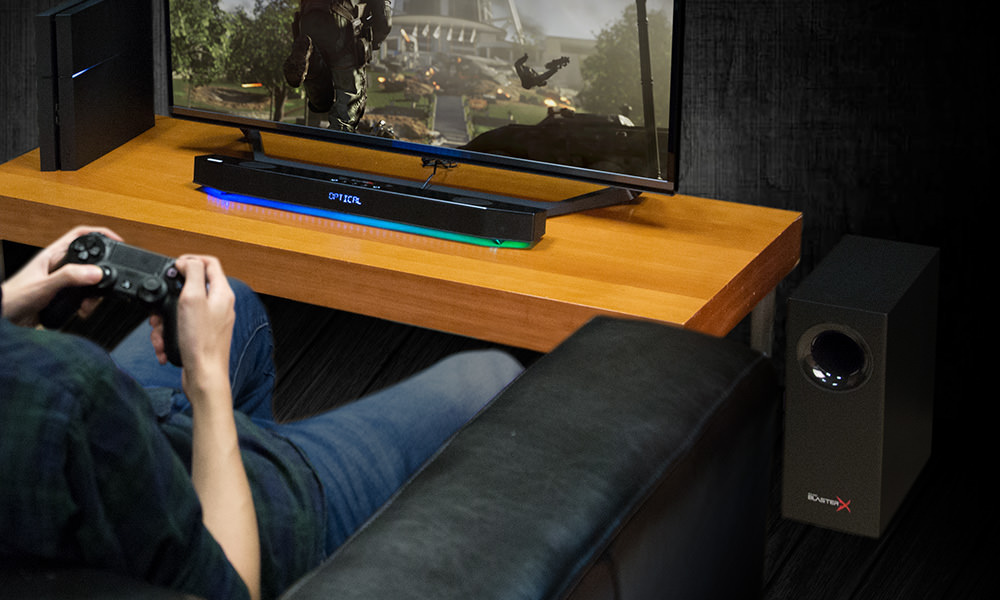 Sound BlasterX gaming speaker system also come with BlasterX Acoustic Engine technology that provides no-holds-barred access to an arsenal of tools to control every aspect of audio. It is designed to enhance gaming audio with immersive sound, bass boost, and added clarity – revealing details that gamers never knew were there.

“The Sound BlasterX Katana is a work of art. It is crafted in a sleek aluminium chassis to house an array of high-performance drivers individually driven by DSPs and amplifiers to ensure no compromise of audio quality. Internally, we affectionately called Katana, a UMAS which stands for Under-Monitor Audio System as it has a built-in Sound Blaster audio processor, the same audio processor used in Sound Blaster X7 as well as the Sound Blaster Z-series cards. Its sleek design allows it to be neatly placed under wide 4K monitors or multi monitors. Gamers can experience truly accurate immersive audio for today’s gaming, movie and music content. When it comes to connectivity, it caters to every part of a gamers lifestyle; including optical input for console gaming, and even Bluetooth for smart devices. Sound BlasterX Katana also features programmable 16.8 million colours Aurora Reactive lighting system which complements other similarly lighted gaming peripherals. The speakers not only sound great, they will take the atmosphere around your entertainment station to a whole new level.”

Pricing and Availability
The Sound BlasterX Katana will be available soon for $299.99.