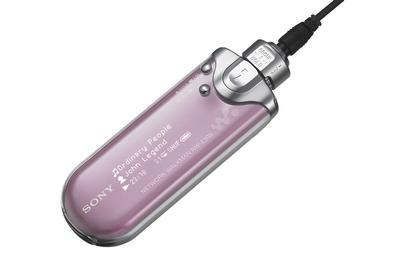 LAS VEGAS, March 8, 2005 – “Up to 70 hours of battery life! Gorgeous displays, increased functionality and ultra-compact designs. Our new line of flash-based players let them have it all,” said Allan Jason, vice president for portable audio products at Sony Electronics.

The new Network Walkman models easily play back both MP3 and ATRAC3/3plus music files, as well as support WMA and WAV formats. They are compatible with Sony’s Connect online music store and include SonicStage software to import, manage and transfer music collections.

“We’re doing what we do best,” noted Jason. “We’ve leveraged our expertise to create a line of devices that speak to the way people really use portable audio players.”

Perfect for tossing in a gym bag or slipping in your pocket, the tiny, round NW-E103, NW-E105 and NW-E107 models weigh less than one ounce and are about the size of a poker chip. They offer up to 70 hours of continuous playback on one “AAA” battery and feature a backlit LCD for easy viewing of track information. The models connect directly to a PC’s USB port enabling high speed transfer of data.

Fashionable and fun, the NW-E103 model is featured in Psyc stereo black with orange accents. It has 256 MB of built-in memory and will be available later this month for about $90.

Also available later this month, the NW-E105 player includes 512 MB of built-in memory for about $100. This model is offered in a choice of Psyc electric white or harmony blue.

Stepping up in the series, the NW-E107 Network Walkman player is equipped with 1 GB of internal memory for storing up to 695 four-minute songs recorded at 48 kilobits per second (kbps). It too will be available later this month in silver for about $150.

The beautiful, three-line EL (organic electroluminescence) display is like a window to your music offering a high-quality approach to viewing track and title information. A distinctive time/calendar function lets you display the time and date as a screensaver while the stopwatch timer satisfies athletes and weekend warriors alike.

The devices provide up to 50 hours of continuous playback on a rechargeable battery and feature a quick-charge function that enables three hours of playback on a time-saving, three-minute charge directly from your PC via USB. In fact, you can achieve 80% charge in about 45 minutes.

These Network Walkman models make it easy to access your music on the fly with exclusive, one-handed Jog Dial operation. Simply scroll and click and all the information you need is literally at your fingertips. The units also come with a smart clip to discretely attach the player to a belt clip, handbag or pocket.

The NW-E405 model is offered in dark blue with 512 MB of storage while the NW-E407 has a contemporary black finish and 1GB of built-in memory. Both will be available in May for about $130 and $180 respectively.

The NW-E505 and NW-E507 models include an FM tuner so you can enjoy your favorite morning radio show while commuting to work or catch up on the weekly top 40 during your weekend jog.

The NW-E505 has 512 MB of capacity and comes in a choice of light blue or pink both with a chic, metallic finish. The NW-E507 is offered in silver with 1 GB of storage. They are expected to sell for $150 and $200 respectively. 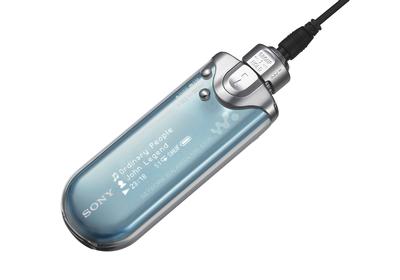 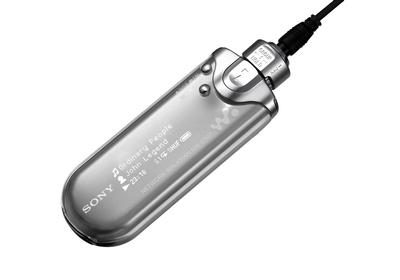