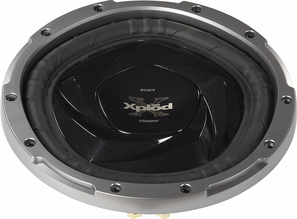 For in-car music buffs who want better sound but don’t have room to spare, Sony Electronics today unveiled the Xplod Slim Series of compact amplifiers and subwoofers. These small subs and amps provide installation flexibility and performance in compact cars and trucks where space is limited.

“Research shows that more than 1.4 million F150, Silverado and Ram pick-up trucks were sold from January through September 2006, which is five times more than the Toyota Corolla,” said Brennan Mullin, general manager for mobile electronics at Sony Electronics. “We have just opened the door for both truck and compact-car owners who want to install subs and amps behind or under the seat.” 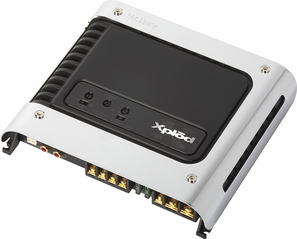 These small but powerful Mono Class D models support a large output for their size: 280W at four ohms. The 4/3 channel model will support even more power output: either 50W by four at four ohms or 50W by two plus 120W by one at four ohms.

Pricing and Availability
The Slim Series line will be available in January at authorized retailers around the country. The Slim Series subwoofers will range from about $130 to $250, and the Slim Series XM-4S and the XM-1S amplifiers will both be priced at around $250.