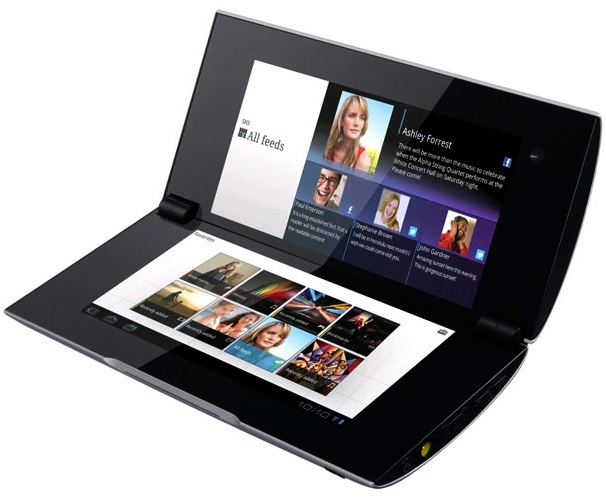 The Tablet P can access Sony’s network of entertainment services which include their Reader Store, Video Unlimited, Music Unlimited and certain PlayStation games. Video, music, games and other content can be directly accessed by way of the “Favorites” menu without the need to re-launch any of the respective applications. A built-in universal IR remote allows you to view and transfer personal video, photos and music and more to your DLNA compatible PC, TV or speakers

The lightweight Tablet P weighs about 0.83 lbs. Its screen uses Sony’s TruBlack technology to reduce reflection and glare from sunlight or fluorescent light for high-contrast visibility both indoors and out. Also included are front and rear facing cameras that allow for video recording and capturing still images. The device also supports micro USB interface and SD card.