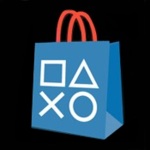 The revamped PLAYSTATION Store is available to users after they update their PS3 with the latest system software (Ver. 2.30), released today. It features twice as many primary shopping categories, making browsing through content quick and simple. These categories include “New Releases”, “Downloadable Games”, “View All By Title”, “Add-Ons”, “Demos”, “Videos”, “Themes & Wallpapers”, and “Featured Items”. Other improvements include a new “Preview” feature that enables customers to stream trailers and view screenshots of PLAYSTATIONNetwork games before they buy, and the addition of a “shopping bag” icon next to purchased items to assist customers in tracking their purchases.

“From day one, we have stayed committed to growing and enhancing PLAYSTATION Store, and today we are pleased to deliver what our customers have been asking for — a more streamlined storefront that makes it easier and faster to find what they want,” said Susan Panico, senior director, PLAYSTATION Network, SCEA. “From the highly anticipated Gran Turismo™ 5 Prologue to great indie titles like PixelJunk™ Monsters, we have the most compelling downloadable content in the industry, and now we are matching that with the best possible user experience.”

Through PLAYSTATION Store, accessible via the XMB™ (XrossMediaBar), PS3 owners can choose from nearly 900 pieces of content, including more than 70 unique downloadable games for PS3 and classic PS one titles, as well as game demos and videos, BD movie trailers, game themes, wallpapers, and more. In North America, there are more than 3.6 million registered PLAYSTATION Network accounts, and more than 66 million pieces of content have been downloaded from PLAYSTATION Store.*

Visit us on the Web at http://www.us.playstation.com

“PlayStation,” “PLAYSTATION,” “PSP,” “PS one” are registered trademarks and “PS3” and “XMB” are trademarks of Sony Computer Entertainment Inc. All other trademarks are property of their respective owners.