Sony today took the wraps off two new Walkman players that not only support audio – but for the first time in the United States – video.

“Our Walkman products offer great resolution, a bright screen, high-quality sound and a long battery life,” said Brennan Mullin, vice president for audio products in the Digital Imaging and Audio Division at Sony Electronics. “We are providing our customers the choice to use multiple music sources.”

The devices have a standard user interface that makes it easy to enjoy songs, videos or pictures. For crystal-clear image quality, the video players have a large Quarter Video Graphics Array (QVGA) LCD screen that displays video at 30 frames per second. QVGA is a display mode for small screens in which the resolution is 320 pixels vertically by 240 pixels horizontally.

Users can download movie trailers, music videos, podcasts and video clips from the Internet and use readily-available shareware to convert the clips for use with the Walkman video players. Sony Pictures Entertainment has also provided video content for both of the new players, which is hosted at www.sonystyle.com/walkman.

Designed with a younger demographic in mind, the NWZ-S610 series has a 1.8-inch QVGA (320 by 240 pixels) LCD screen (measured diagonally) and includes an FM tuner with 30 presets that make it convenient to listen to the radio on the go. 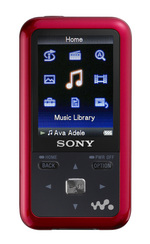 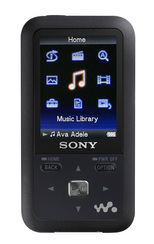 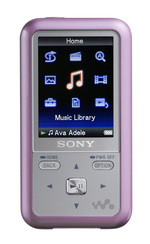 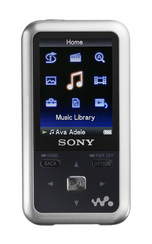 Digital Music 101
For those who just want music sans video, Sony is also introducing the NWZ-B100 series. These audio players include USB direct connect, a three-line color LCD display and an FM tuner. They feature up to 12 hours of battery life.

With FM recording capability, it is easy to capture and play back radio programs. The NWZ-B100 series also has a voice recorder function with a built-in microphone for taking notes or recording sing-alongs to favorite tunes.

In addition to supporting easy transfer of non-DRM content via drag and drop, this dedicated audio model will also support most subscription services. The players store up to 485 songs on the 2GB and 235 songs on the 1GB, for songs an average of four minutes in length at 128kbps in the MP3 format.

Sony’s Open Digital Music Environment
All of the new players are compatible with security-enhanced Windows Media Audio and support most subscription music services. The new players are also among the first to be Certified for Windows Vista, meaning they have passed a series of compatibility tests including PlaysForSure verification.

“With this initiative, Sony is debuting an important option for digital media players as it opens new doors for a rich digital experience,” said Dave Wascha, director of Windows Client Product Management at Microsoft Corp. “I believe consumers will be pleased that the new Walkman products carry the Certified for Windows logo and that they will take advantage of the new technologies available in this Windows platform. Those who purchase this Walkman player can rest easy knowing that the product has met explicit standards of reliability and quality.”

With these new Walkman players, Sony has widened its digital music environment to support Windows Media technology. This gives customers greater flexibility in their music software approach. As a result, Sony will be phasing out the CONNECT™ Music Services based on Sony’s ATRAC audio format in North America and Europe. Specific timing will vary by region depending on market demand, but will not be before March 2008. The CONNECT e-book service for the Reader will not be affected. 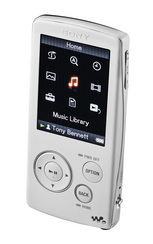 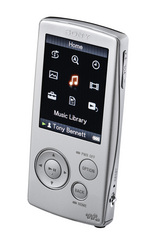 Presales have begun for the new Walkman models online at www.sonystyle.com/walkman and at Sony Style stores. The players will be available in September across the country at military base exchanges and at authorized dealers nationwide. The silver players will be sold exclusively at Sony Style retail stores and the online website.