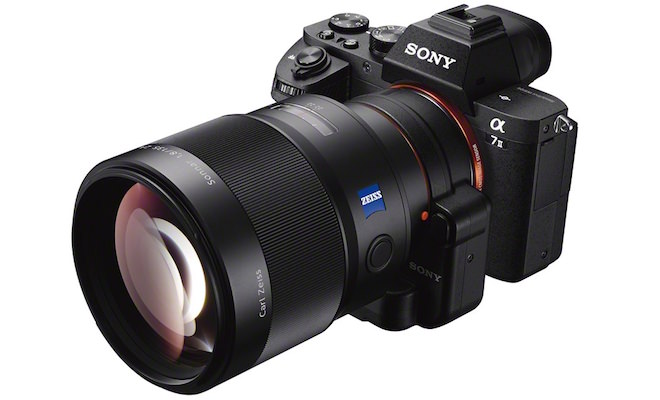 Sony announced the a7 II (ILCE-7M2), the world’s first full-frame interchangeable lens digital camera with optical 5-axis image stabilization in a compact size and light build. Featuring a 24.3 effective megapixel 35 mm full-frame Exmor CMOS sensor that moves along five axes to compensate for camera shake, providing optical image stabilization equivalent to up to 4.5 steps faster shutter speed of correction for still images. Shooting sharp handheld stills and video is now possible under conditions that may have required a tripod in the past. In this and other scenarios, users can enjoy beautifully rendered images from the full-frame sensor with the convenience of image stabilization. In-camera image stabilization also offers sharper images for those using A-mount lenses on an optional lens adapter.

World’s first full-frame camera with optical 5-axis image stabilization
Detects and corrects various camera shake along five axes for still images and video, including angular shake (pitch and yaw) that tends to occur when shooting with a telephoto lens, shift shake (along the X and Y axes) that becomes noticeable as photographing magnification increases, and rotational shake (roll) that often affects shots at night or when recording video.

The full-frame image sensor moves to compensate for these kinds of camera shake. For still images, stabilization is equivalent to up to 4.5 steps faster shutter speed of correction.

Optical 5-axis image stabilization ideal for a variety of α lenses
Handheld low-light shooting at slower shutter speeds becomes possible, allowing for greater creativity and mobility without the need for a tripod. The camera’s in-body image stabilization is therefore effective even in combination with E-mount lenses without Optical SteadyShot (OSS). For A-mount lenses as well (using an optional mount adapter such as LA-EA4 or LA-EA3), camera shake is compensated for along five axes within the camera body. Users can therefore make the most of the beautiful rendering power of various α lenses with the α7 II.

Verify image stabilization results with live view functionality
Monitor the corrected image in real-time on the camera’s LCD screen or in the OLED viewfinder, allowing for fine-tuned framing and focusing even when using a telephoto or macro lens.

117-point focal plane phase-detection AF sensor and 25 contrast detection AF points are placed over a wide area of the screen, making use of the superb tracking capabilities of the phase detection AF and therefore enabling clear capture of moving subjects that might otherwise evade focus.

30% faster AF responsiveness
A more advanced algorithm is used to detect the subject position, enabling optimal lens drive. In a variety of scenarios, autofocus is very responsive – 30% faster than in previous models. 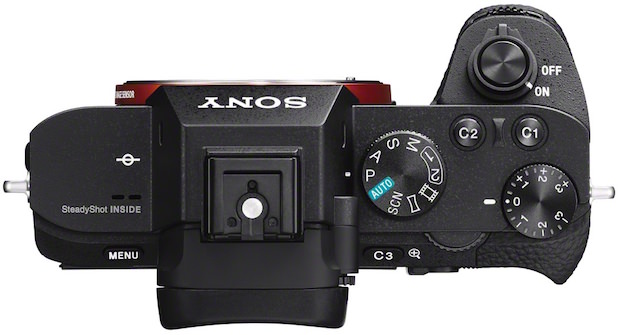 1.5 times the tracking ability of previous modelss with an improved motion-prediction algorithm
An improved, original Sony algorithm for the prediction of moving bodies results in a 1.5 times improvement in performance in tracking a subject and predicting its next movement. Additionally, AF and automatic exposure (AE) continue to track the subject during high-speed continuous shooting (up to 5 fps), so that a sudden movement or expression of the subject is never missed. Finally, greatly improved tracking ability and subject capture are made possible through the advances in image analysis technology with “lock-on AF,” a feature that optimizes focusing on the subject in accordance with its size.

BIONZ X image processing engine for superb detail and natural textures, less noise
Loaded with an advanced BIONZ X image processing engine. The fast processing enabled by this engine enhances images in several ways, through “detail reproduction technology,” which recreates natural-looking textures even in the minute details of an image; “diffraction-reducing technology,” which prevents loss of detail when aperture stopped down; and “area-specific noise reduction,” which greatly reduces noise while maintaining exceptional detail and texture even under low light conditions such as night time and indoors.

Supports high bit rate XAVC-S recording
In addition to recording in AVCHD Ver. 2.0 Full HD (1920×1080) 60p (50p)/60i (50i)/24p, the camera records in XAVC-S, a consumer format derived from the professional XAVC format. This offers outstanding Full HD video quality at a high bit rate of 50 Mbps. Long GOP compression is used, targeting differences between frames, along with the MPEG-4 AVC/H.264 codec for video. For audio recording, linear PCM is used and files are saved in the MP4 format.

Refined usability
Grip shape and height keep the camera steady even when using a large telephoto lens. The shutter button has been shifted toward the front, to a position that feels more natural for the user. This, along with the button’s increased size, helps reduce camera shake. Shooting comfort and convenience were a priority in design. Ten customizable buttons can be assigned to any of 56 functions. The tilting display features a White Magic LCD screen for exceptional visibility even under bright sunlight. 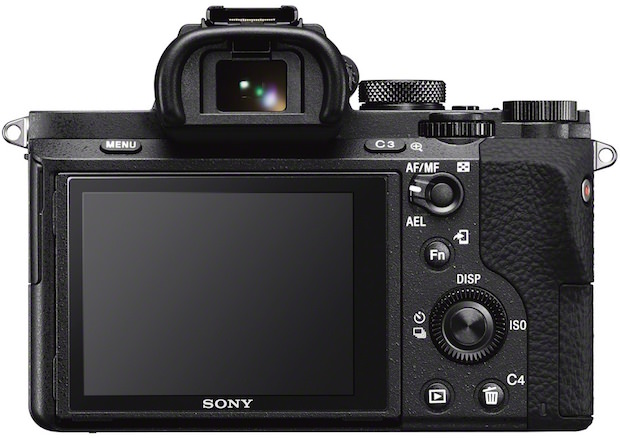 Design, Controls, Wi-Fi and New Accessories
Ergonomically, compared to the original α7, the α7II model has a larger shutter button that has been moved closer to the front of the camera for optimal finger position. It is constructed with sturdy magnesium alloy on the top, front cover and internal panels for a sturdier, more solid feel in the hand, and boasts about a 40% faster start-up time compared to the α7 camera.

The new α7II camera is Wi-Fi and NFC compatible and fully functional with Sony’s PlayMemories application available for Android and iOS platforms. New accessories designed for use with the new α7II include the VG-C2EM vertical grip and LCS-ELCB soft carrying case.