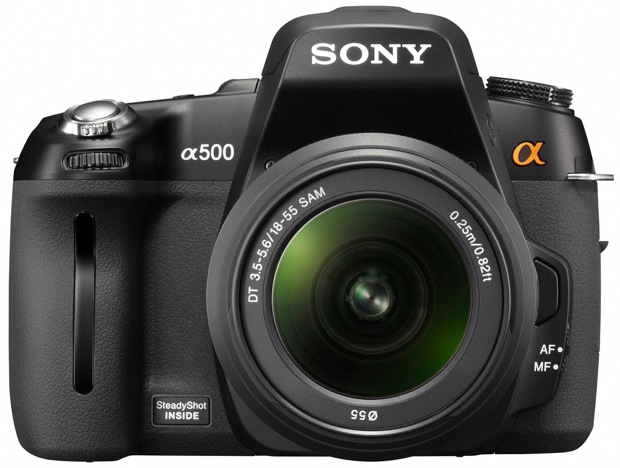 Sony today introduced two α (alpha) DSLR cameras with a new generation of Exmor™ CMOS sensors and BIONZ™ image processors, which make it easy for active shooters to get the best shot and capture clearer images–without missing their favorite moments.

“We are bringing performance of a higher class of cameras within the reach of a broader group of consumers,” said Mark Weir, senior manager of the Digital Imaging business at Sony Electronics. “Not only do these cameras provide great value, but they also bring faster shooting speeds and new technologies like in-camera High Dynamic Range and new Live View features to mainstream photo enthusiasts.” 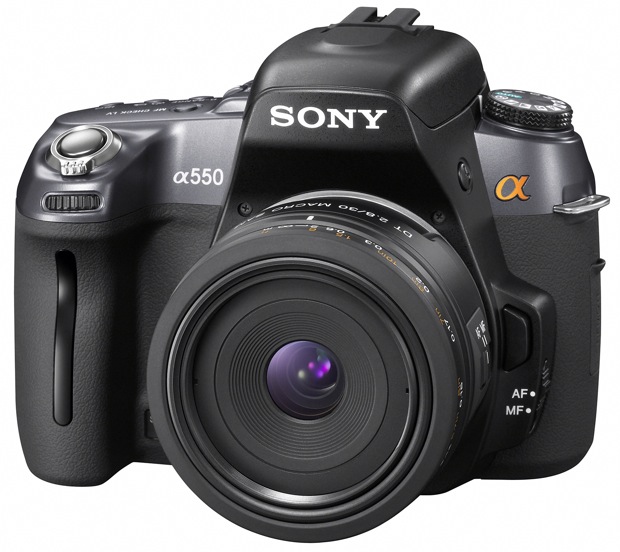 Fast Shooting Speeds
With its unique sensor-processor combination, the a550 camera is the first DSLR in its class with seven frames per second shooting speed for under $1,000. Using the optical viewfinder on both models, you can shoot up to five frames per second and up to four frames per second with Quick Auto Focus Live View. This helps you capture the decisive moment when shooting fast moving subjects like in sports.

In-Camera High Dynamic Range
These are Sony’s first DSLR cameras that offer an in-camera High Dynamic Range (HDR) feature for capturing highlights and shadows, which processes the image within two seconds. Unlike HDR features in other DSLR cameras, Sony’s unique positional interpolation technology can overcome slight changes in camera position and align individual shots so that a tripod is not required.

The feature handles severe backlighting and other high-contrast scenes like looking out a window into bright daylight. The in-camera auto HDR technology combines the highlight and shadow detail of two separate captures into one remarkably natural looking image.

Improved Live View
Because composing shots on the LCD monitor is becoming increasingly important to DSLR users, Sony has equipped these cameras with two Live View functions and a 3-inch (measured diagonally) LCD screen that tilts 90 degrees up or down. The a500 has a 230,000 pixel Clear Photo LCD Plus™ screen, and the a550 has a 921,000 pixel Xtra Fine LCD™ display. 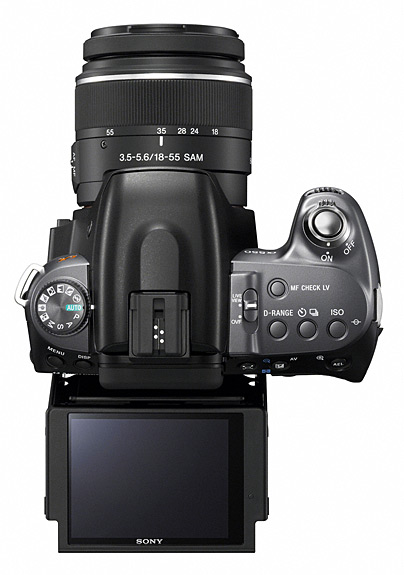 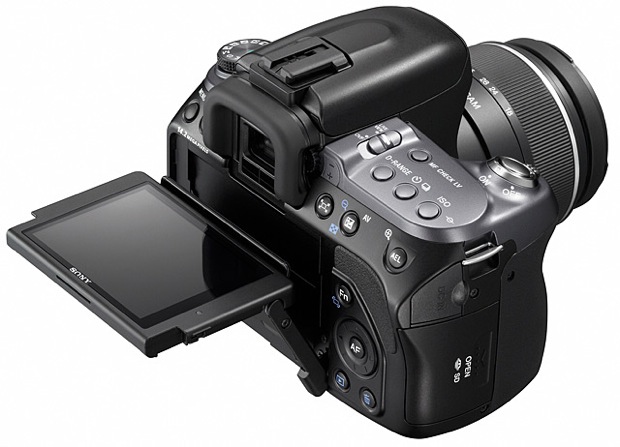 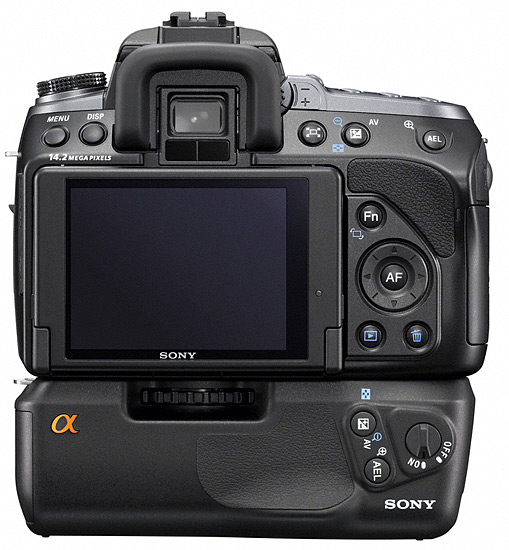 The Quick Auto Focus Live View has been developed with Face Detection technology to help you get the best shot by recognizing and adjusting for faces. It is the world’s first Face Detection system to work with fast, high-precision “phase detection” Auto Focus. By tracking up to eight faces, this system can prioritize auto focus points on a face, and optimize exposure and white balance for beautiful portraits.

These are Sony’s first DSLR cameras that include Smile Shutter™ technology in Live View, which takes the shot when your subject smiles. It works with Quick Auto Focus Live View to capture spontaneous moments.

Image stabilization helps take blur-free shots by compensating for camera shake. Typical DSLR systems build image stabilization into selected lenses only. SteadyShot INSIDE™ image stabilization is built into the camera body itself. Blur will also be reduced with every A-mount lens, including macro and wide aperture standard zoom lenses, with an effect equivalent to shutter speeds faster by 2.5 to 4 stops 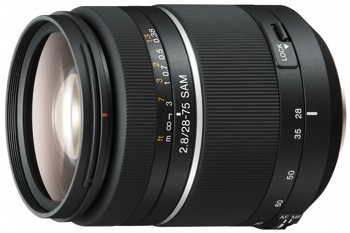 To make the benefits of macro photography easier and more accessible, Sony is making available at retail the DT 30mm F/2.8 (model SAL30M28) macro lens. It captures intricate close-ups, which is difficult to achieve with standard lenses and is only compatible with APS-C format DSLRs.

Using the HX series media, Sony α (alpha) DSLR users can confidently enjoy advanced features such as continuous-shooting photography and realize higher transfer rates of large capacity files to their compatible PC (via supplied USB adapter). For example with the a550 model, approximately 1500 14-megapixel photos shot in the JPEG+RAW mode can be transferred to a compatible PC in approximately 26 minutes (HX series media sold separately).

The cameras, lens and a range of accessories will be available in October at Sony Style retail stores (www.sonystyle.com), at military base exchanges and at authorized dealers nationwide. 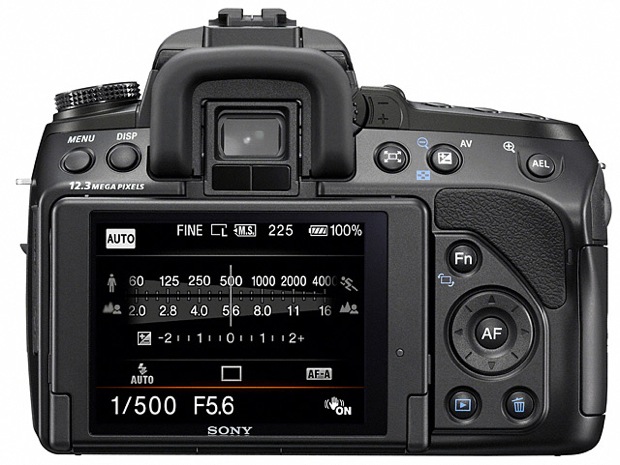 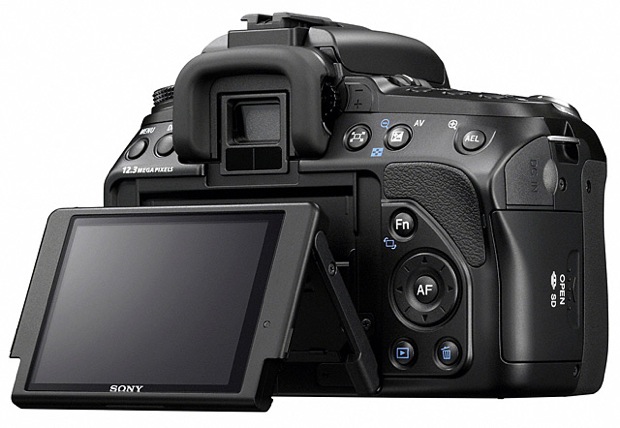 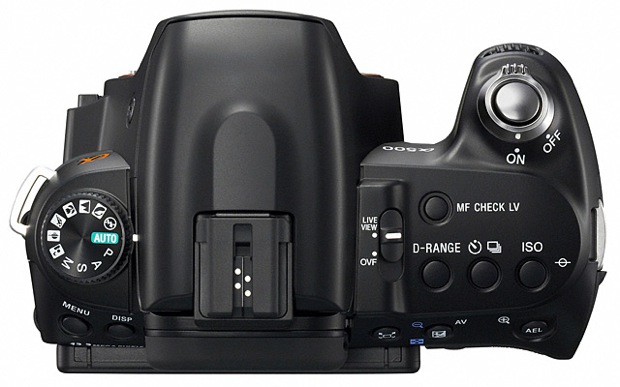