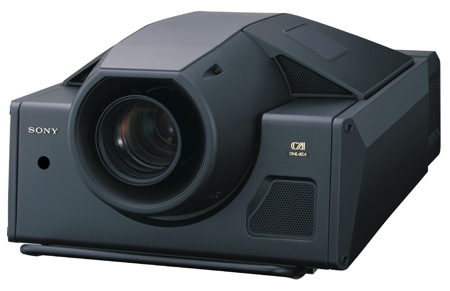 Sony Electronics 4K digital cinema projectors were used earlier this week for the first live high-definition presentation in 3D of an NBA regular season game, which was shown at a commercial movie theater.

The game between the Los Angeles Clippers and the home team Dallas Mavericks was transmitted live via satellite from the American Airlines Center to Landmark Entertainment Groups Magnolia Theater in Dallas, where more than 300 fans and invited guests, viewed the event wearing special 3D glasses.

FSN Southwest used PACE/Cameron Fusion Sports System to capture the action on the court, utilizing modified Sony HD cameras to deliver a unique depth-of-field perspective to the audience. Each of the four 3D systems used were designed with two cameras that separately capture the left eye and right eye imagery, creating one three-dimension effect. In the theater, two Sony SRX-R110 4K projectors in a double-stacked configuration projected the 3D content onto an 18 x 42-foot screen.

“We’re very pleased with the outcome of last night’s broadcast of a live-action regular-season game to an audience of loyal fans miles away in ultra high definition, using Sony’s 4K 3D projection system,” said Jon Heidtke, the senior vice president and general manager of FSN Southwest. “The event offered a glimpse into what the future holds for sports television.”

“The reaction from the crowd at this event was phenomenal,” said Andrew Stucker, director of Sony Electronics’ digital cinema systems group. “Our 4K projection technology again proved that it is the perfect complement for alternate content, taking the movie-theater experience to a new level and transforming an audience from viewers into virtual participants. Even courtside seats couldn’t deliver this type of action and excitement.”

Stucker said that 4K digital systems are the only projectors available on the market today that are capable of displaying more than 8.8 million pixels of resolution.

Pocket-lint2 months ago
You Are Here