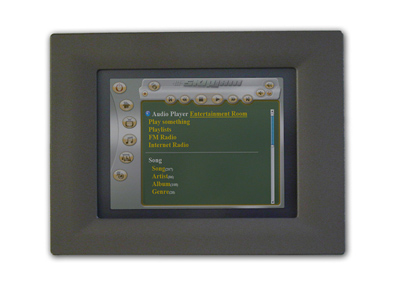 For release to link to your site, click: http://www.thomas-pr.com/pressreleases/skipjamimediacontrollers.html

With SkipJam’s controllers, parents can pause their kids’ video and tell them to come to dinner through the TV speaker … without ever leaving the kitchen. They can automatically mute or lower the volume of all stereos when a phone call comes in, and see who’s calling right on their remote or on their TV or PC screen.

“We’re very excited about the possibilities opened by our remote control system,” said Michael Spilo, CEO of SkipJam. “Having your telephone, media list and remote control in one place is a tremendous leap in convenience and functionality.”

Technical Highlights
The SkipJam RF Remote Control integrates all the SkipJam iMedia control functions into a 2.4Ghz cordless phone with a range of up to 1000 feet. The RF Remote Control includes a 128 x 128 LCD screen which provides complete access to and control of the entire home through a simple on-screen menu system. Using the SkipJam iMedia Controllers, users can pick which music to listen to and control any of their home devices without having to be near a TV or computer screen.

Pricing and Availability
One SkipJam iMedia RF Remote Control is included with each SkipJam iMedia Center, and additional remotes are available for $99 each. The SkipJam iMedia Touch Panels are priced at: $899 for the iWTP57, $1399 for the iWTP104, $1999 iWTP150 (estimated street prices). SkipJam expects to begin shipments in February 2005. For more information, contact SkipJam, 168 Irving Ave., Port Chester, NY 10513 (914) 933-0590 www.skipjam.com. 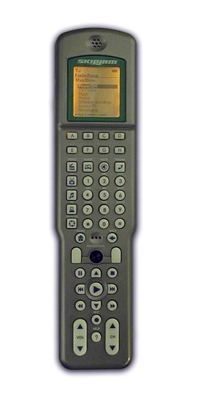