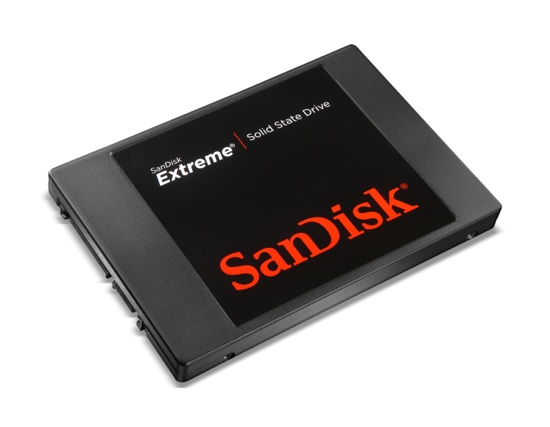 The SanDisk Extreme SSD can boot a PC in less than 16 seconds and quickly shut down the system, delivering a significantly improved user experience to desktop and notebook users. For gamers, the SanDisk Extreme SSD can launch applications in a fraction of the time and reduce in-game delays by generating environments faster during sequence transitions. This is particularly important during massively multiplayer online role-playing games (MMORPGs).

The SanDisk Extreme SSD delivers up to 83,000 maximum random write Input-Output Operations Per Second (IOPS) and up to 44,000 random read IOPS. High sequential read performance of up to 550 megabytes-per-second (MB/s) and up to 520MB/s sequential write speed deliver faster, more responsive computing.

Extreme Reliability
The SanDisk Extreme SSD is more reliable and durable than a hard disk drive and is backed by SanDisk's reputation for quality. The drive contains no moving parts, decreasing the risk of data loss due to shock and vibration, and its mean time between failure (MTBF) greatly exceeds that of hard disk drives, giving users peace of mind that it will retain their files for the long term.

Additional Benefits
The SanDisk Extreme SSD consumes 30 percent less power than a hard disk drive while generating less heat and noise, making it an ideal solution for notebook users who want to maximize their battery life while computing on the go. The drive provides cost savings for IT departments or DIY enthusiasts who want to extend the life of their existing PCs without buying an entirely new system. The drive is easy to install–simply plug it into a computer's SATA port.