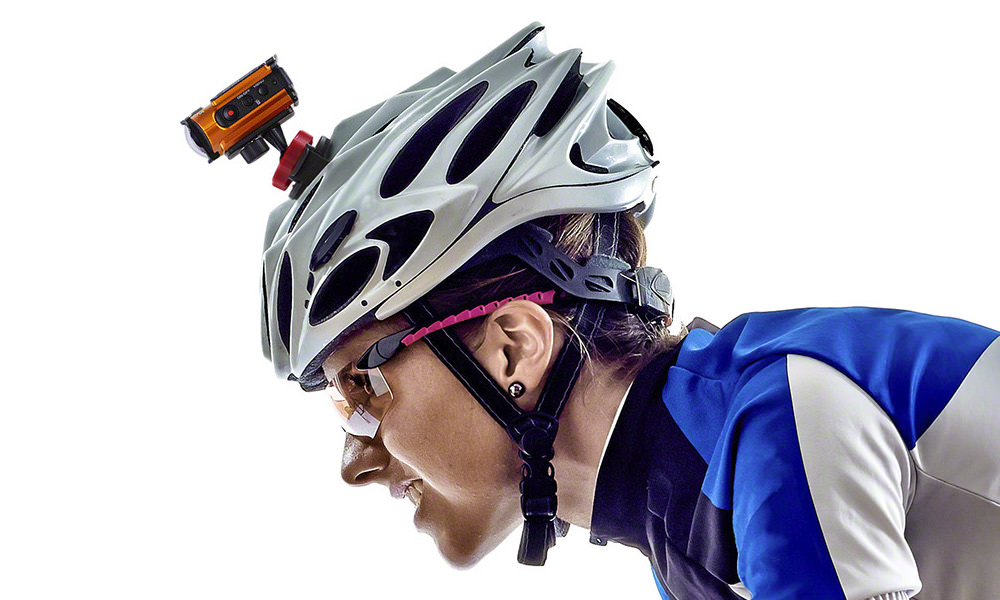 The just announced $300, Ricoh WG-M2 is a tiny, shockproof and fully waterproof action camera with an ultra-wide 204-degree lens that captures 4K Ultra HD video. At 40 percent smaller and more lightweight than the prior WG-M1 1080p action-cam (now discounted at Amazon), the WG-M2’s improvements include a wider angle lens, 4K recording, along with being able to shoot underwater at twice the depth. The new camera also includes a new start-stop control mechanism that vibrates to confirm when recording is started or stopped. Both offer a 1.5-inch color LCD monitor to view during recording or to playback video on the go. 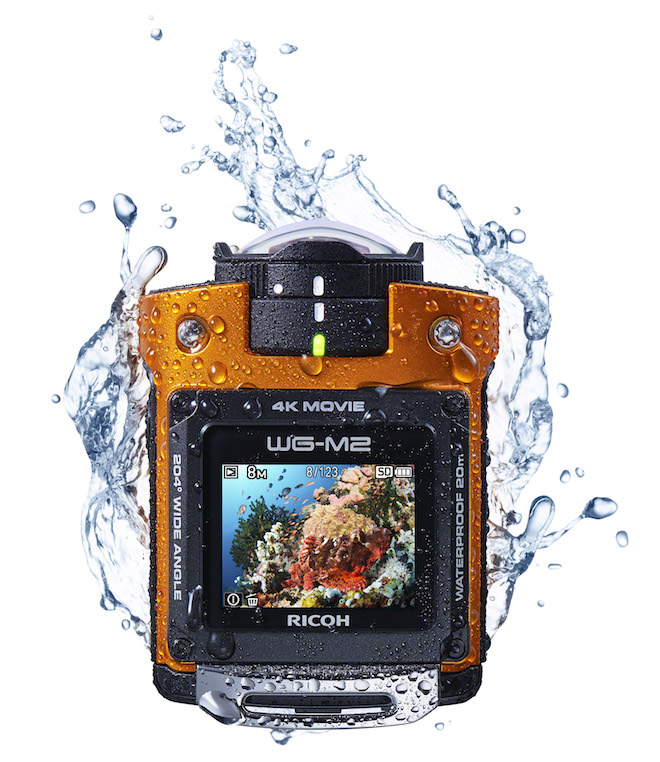 The Ricoh WG-M2 is waterproof to a depth of 65 feet, shock-resistant against a fall from 6.5 feet, and able to operate in temperatures as low as -10°C. Notably, the camera now offers video-orientation, a new feature that ensures video is recorded upright if the camera is mounted sideways or even upside down. For remote control and image/video transfer, the WG-M2 is controllable via Wi-Fi with a smartphone or tablet using the free Ricoh ImageSync app.

The WG-M2’s 4K sensor captures 4K Ultra HD video at 30fps, as well as full 1080p HD up to 60fps and 720p HD video up to 120fps, as even still images up to 8-megapixels. The camera is equipped with seven Video Effect modes that add distinctive visual effects, plus an array of simple video-editing functions that make it easy to edit videos in-camera. 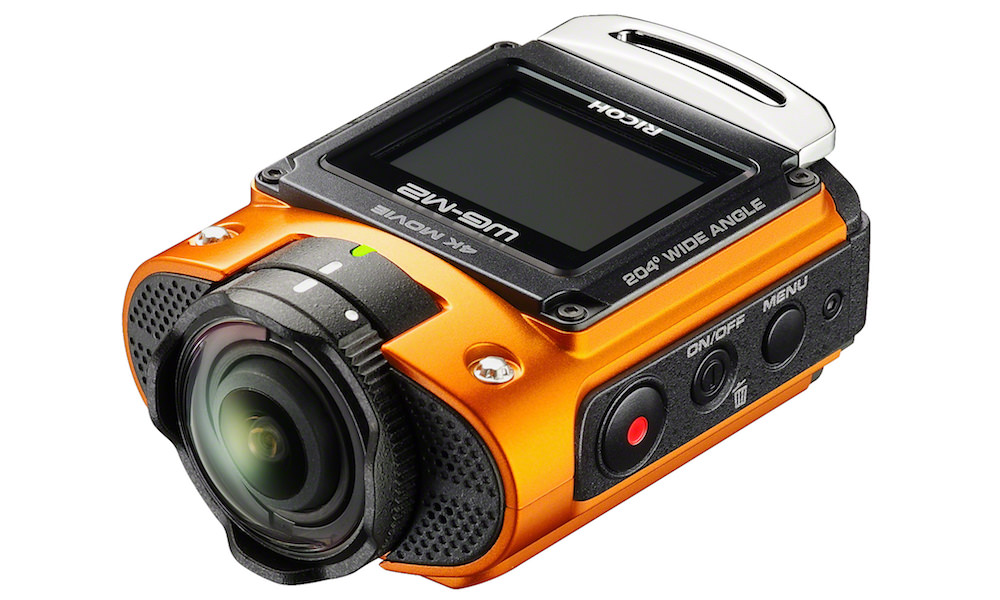 Ricoh offers a wide array of mounts and other accessories that allow the camera to be readily mounted on helmets, handlebars and more for use during sports and outdoor activities. Included in the accessory offerings are a brand new case O-CC163 and silicone protective skin O-CC1631, specifically designed for the WG-M2.

Pricing and Availability
The Ricoh WG-M2 camera will be available late April 2016 for $299.95 in black or orange. 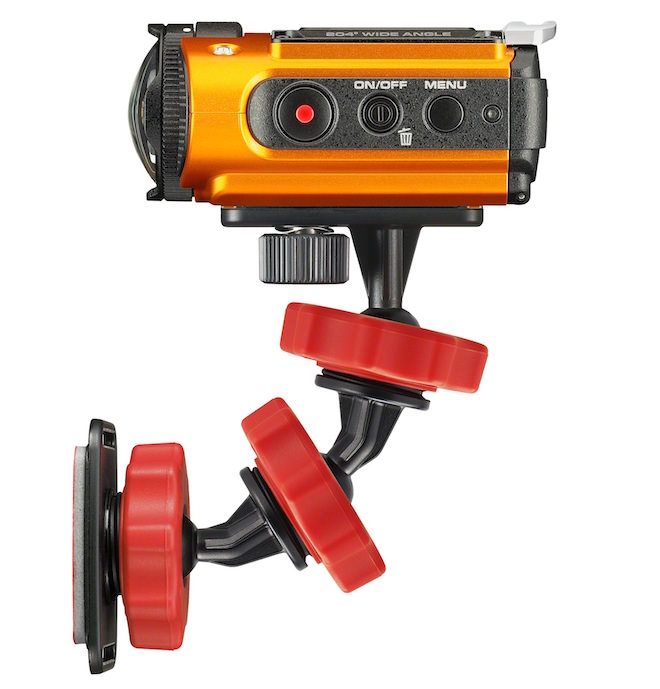 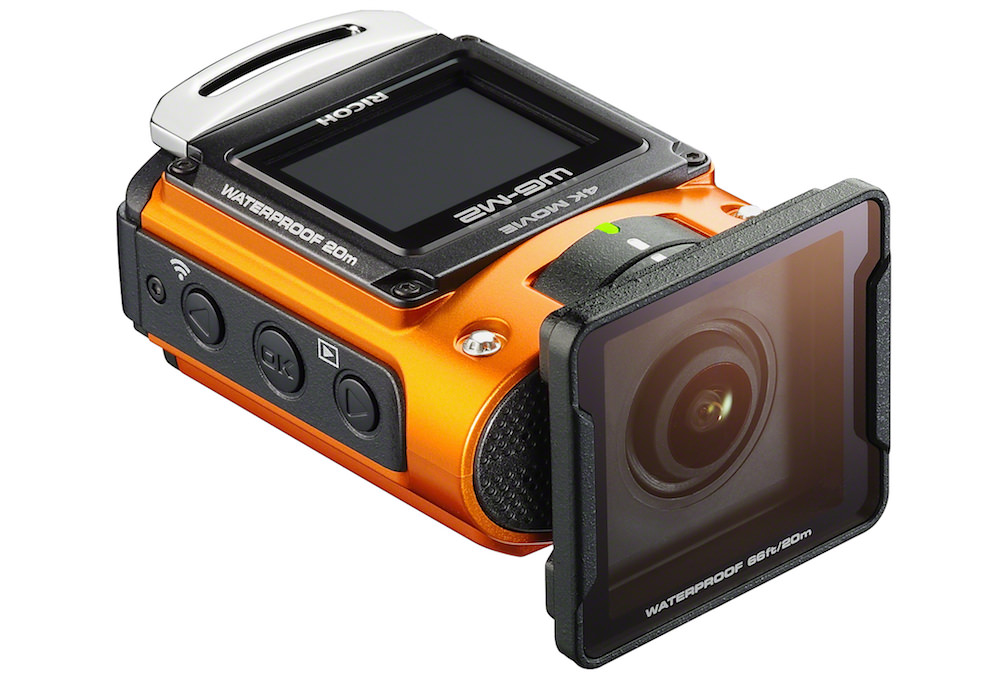 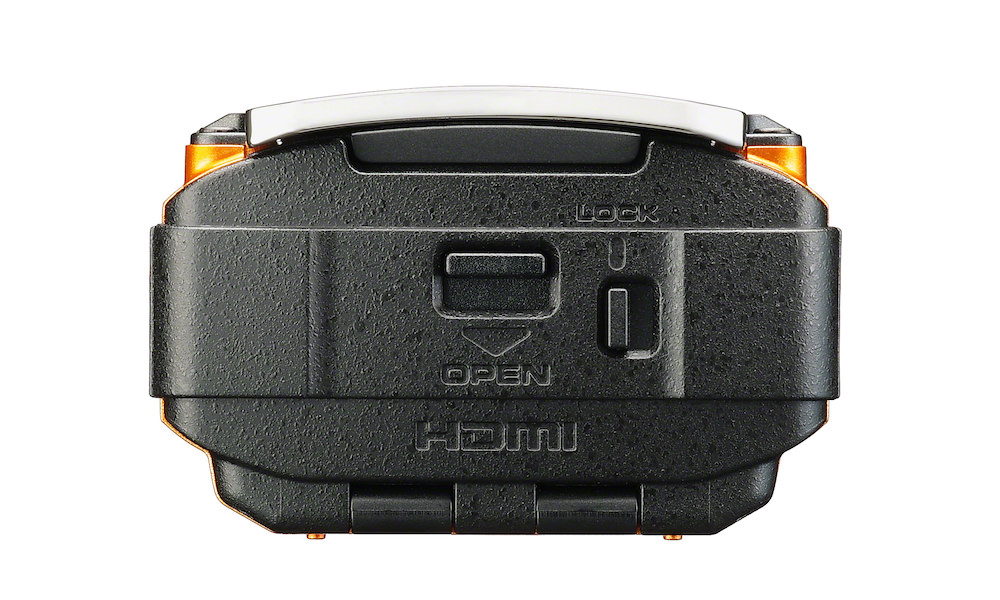 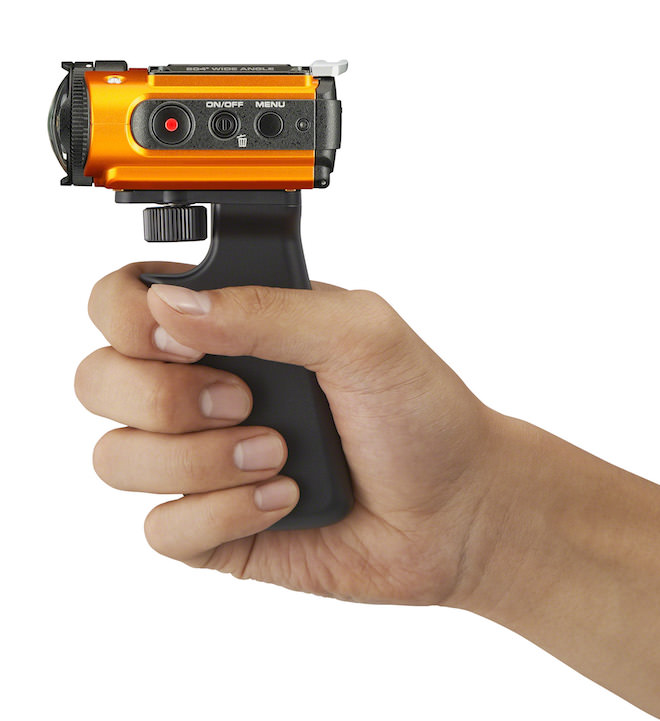 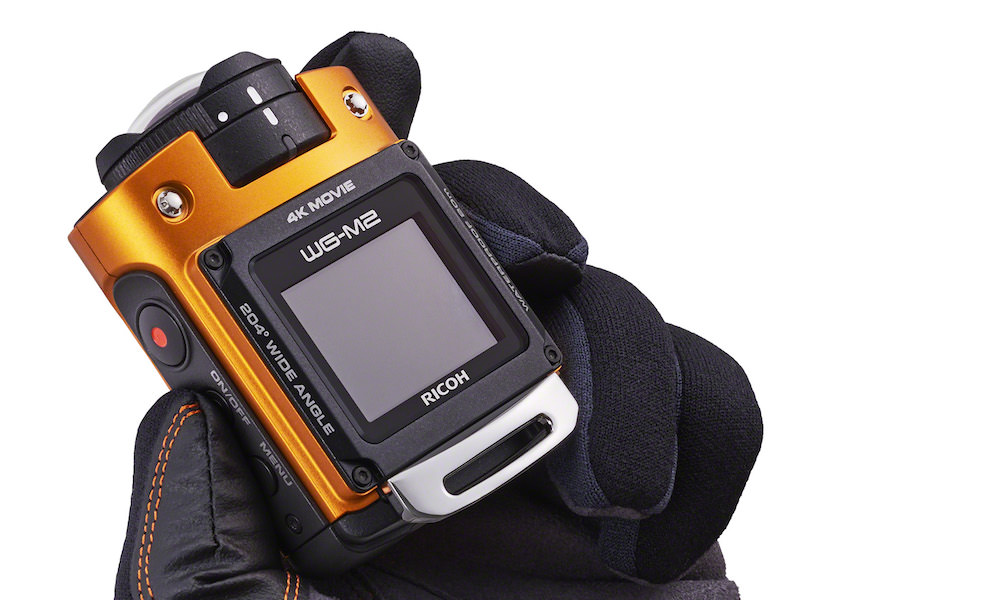 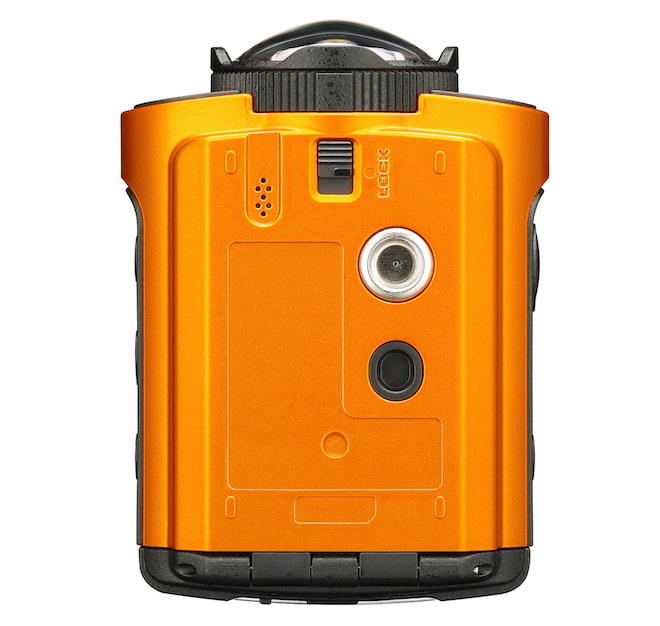