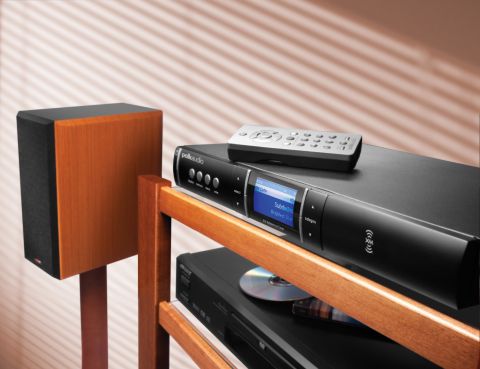 The XM Reference Tuner 12 will start shipping on or about November 1, 2004 with a Manufacturer’s Suggested Retail Price of $329.95. The tuner features audio component size and styling to match standard premium audio components and is loaded with convenience and performance features. A composite (RCA jack) video output permits the tuner to display Channel, Artist and Song Title on a TV or video monitor for easy viewing at a distance. Both Optical and Coaxial digital outputs allow the unit to be directly connected to audio components with digital inputs for lossless, pure performance. Stereo analog RCA-type outlets allow the XRt12 tuner to be connected to any stereo receiver or amplifier. A built-in audiophile-grade Burr-Brown Digital to Analog Converter chip ensures that even analog connections will result in superior sound quality.

The analog gain stage of the tuner is robust, providing more than enough output to deliver a full volume, low noise signal to any amplifier or receiver. A menu-accessible three-stage volume control allows the user to match the tuner’s output to that of other sources in the system to avoid large volume swings when switching from source to source.

An XM antenna with 20-foot cable will be included with the tuner and a 50-foot extension cable will be available as an optional accessory. A built-in signal strength meter will aid the user in finding the best possible antenna location in the home.

“We are big fans of XM Radio,” said Polk Audio President Jim Herd. “The audio quality is excellent and XM’s content is outstanding. Furthermore we see a close match between a large cross section of XM subscribers and Polk Audio’s customers.” Polk Audio and satellite radio customers share an interest in premium audio component systems and high-quality sound, he said.

“It is a true privilege to associate the XM brand with that of Polk Audio, a company that has distinguished itself in delivering outstanding performance and value to a very loyal customer base,” said Dan Murphy, SVP Retail Marketing and Distribution. “We’re very excited to be partnering with Polk to take XM’s commercial-free music and premier talk content to the next level for home audio. The discriminating listener will enjoy XM as never before.”

About Polk Audio
Polk Audio is an international manufacturer of home and automotive loudspeakers and audio electronics with headquarters in Baltimore, MD. Matthew Polk and George Klopfer continue to lead the company they founded in 1972 with $200 and a dream. Polk Audio, The Speaker Specialists, holds over 55 US and foreign patents for advances in loudspeaker technology and design. Polk products are sold in over 50 countries and in audio/video retailers throughout the US and Canada. More information about Polk Audio can be found at http://www.polkaudio.com. Consumers can reach Polk Audio by phone (800) 377-7655 or by email polkcs@polkaudio.com.

About XM Satellite Radio
In the fall of 2001, XM Satellite Radio pioneered the introduction of satellite radio in the U.S. Today, XM is America’s #1 satellite radio service with more than 2 million subscribers. Broadcasting live daily from studios in Washington, DC, New York City and Nashville, Tennessee at the Country Music Hall of Fame, XM’s 2004 lineup includes more than 120 digital channels of choice from coast to coast: 68 commercial-free music channels, featuring hip hop to opera, classical to country, bluegrass to blues; 34 channels of premier sports, talk, comedy, children’s and entertainment programming; and 21 channels of the most advanced traffic and weather information for major metropolitan areas nationwide. Affordable, compact and stylish XM satellite radio receivers for the home, the car, the computer and boom boxes for “on the go” are available from retailers nationwide. In addition, XM is available in more than 80 different 2004 car models. XM is a popular factory-installed option on more than 40 new General Motors models, as well as a standard feature on several top-selling Honda and Acura models. Passengers on JetBlue Airways and AirTran Airways will be able to listen to XM’s programming in-flight later in 2004.