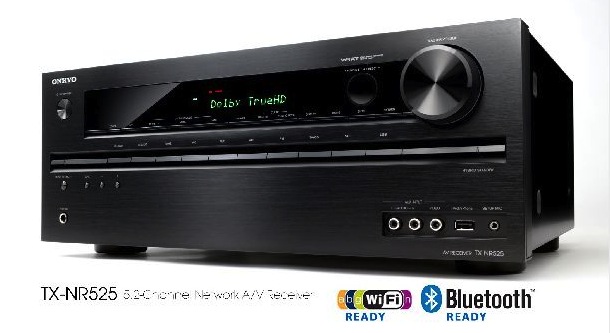 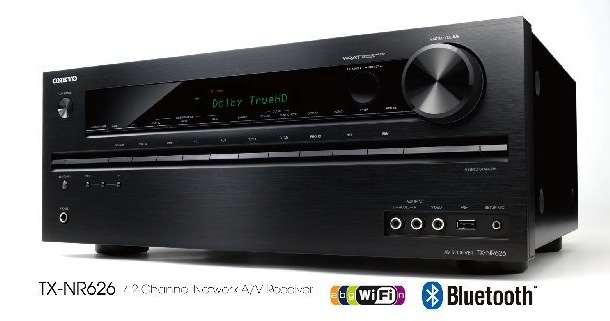 The TX-NR626 adds built-in Wi-Fi and Bluetooth that is supported by a remote app that enables lossless audio streaming from iPhone and Android-based devices, as well as app-controllable FLAC, Apple Lossless, Dolby TrueHD, LPCM and DSD hi-res streaming from NAS and personal computer via network and DLNA. Three-Stage Inverted Darlington Circuitry — a sophisticated amp topology designed for high-energy output with minimal distortion — is present on the front and center channels. The TX-NR626 is suited to playing multi-channel movie soundtracks and two-channel music with a high degree of transparency. 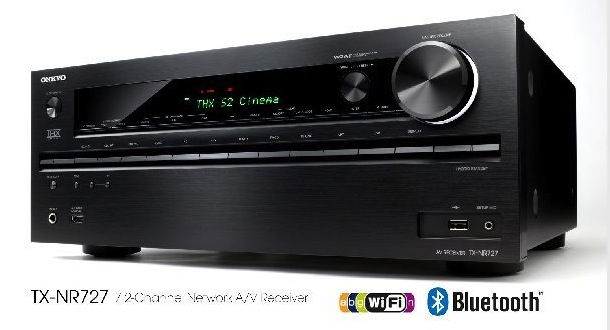 As the most powerful model on release, the THX Select2 Plus-certified TX-NR727 Network A/V Receiver drives through 7.2 channels equipped with Three-Stage Inverted Darlington Circuitry, making it an ideal choice for filling larger rooms with studio reference surround sound. The receiver offers Dolby Pro Logic IIz and Audyssey DSX upmixing, and Whole House Mode for distributed audio in up to three zones. Eight HDMI inputs include MHL support for 1080p video from smartphone and tablet, while two HDMI outputs are featured to connect a projector and TV display.

Harnessing technology and making it easier to use is always a major priority, and to this end, InstaPrevue video switching technology and an elegantly simple HDMI-powered user interface are included. Remote app control, meanwhile, extends across three zones, supporting audio streaming from the local network and making it easy to search for the albums, playlists, and internet radio channels available through the receiver.

All models presented include class-leading audio pre-processing and proprietary WRAT (Wide Range Amp Technology.) Onkyo claims the key to this technology lies in their low-negative-feedback amplifier topology, which extracts the full dynamic potential in the recording. In addition they boast high instantaneous current capability for sudden dynamic gains common to movie soundtracks, along with noise-canceling closed ground-loop circuits for clearer sound.

2017 New Product Release: Onkyo just released the TX-SR373 5.2-channel entry-level A/V receiver with Bluetooth for $349. For the first time at this price...