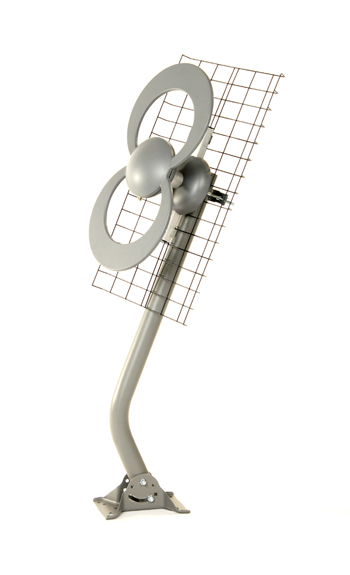 March 1, 2008, St. Louis, MO — As spending tightens in these uncertain economic times, discretionary purchasing has shifted away from other key market categories, to consumer electronics and particularly to digital TV and HD. High Definition Televisions bumped digital cameras out of the top spot for the most desired CE product for 2007. Several dynamics are affecting millions of households now relying on analog signals for reception of their broadcast TV signals, with antennas older than 2 years. They need to upgrade to the new antenna technology, along with cable and satellite customers looking for alternatives. This has resulted in tremendous sales increases of OTA antennas for Antennas Direct. Although cable and satellite program providers will continue to serve the great majority of homes as the primary signal source, missing HD local reception, higher costs, billing add-ons, service outages, contact difficulties, in-home service waits and no shows have left many subscribers looking to OTA antennas as alternatives and backup.

Richard Schneider, President of Antennas Direct said “Our antenna sales for the first two months of 2008 are up 125% over this time last year, a year that in itself that was up 60% over 2006. The simple fact is that not all antennas are equal, some are better and some are the best for particular reception situations. This shift in consumer spending could not have come at a better time for us, because of the tremendous improvements in our Off-Air antenna technology and design that have taken place in the last few years, allowing us to offer the best OTA antennas for the HD revolution.”

According to an article in Ad Age “As Giant Retailers Reel, Marketers Gird for Worst”, as to Consumer Electronics, the news appears very positive. “Consumers seem to have designated technology as a new necessity, along with food, gasoline and home-heating oil” said the Consumer Electronics Association’s group economist, Shawn DuBravac. Ad Age continued “Forecasts for 2008 from the CEA and other CE researchers such as iSuppli bear that out, with predictions of overall electronics growth.” “Last year, when oil prices were going through the roof, we saw that people said, ‘Since we’re not traveling, let’s spend some of that money on buying a flat-panel TV,’” said iSuppli analyst Riddih Patel.

There are more than 40 million households currently receiving OTA analog signals in the U.S., according to new proprietary research just released by Centris (www.centris.com), a leading market research firm. They said this number represents a “large opportunity for…manufacturers and distributors of “smart” television antennas…requir(ing) …more sophisticated (OTA) antennas.” Centris surveys reveal that 75% or more of over-the-air households have only set-top antennas. “The effect will have extensive ramifications, not only among consumers, but also electronics retailers and manufacturers who can expect an influx of costly returns when it is realized that the converter boxes and new digital TV’s don’t work,” says Barry Goodstadt, Senior Vice President of Centris.

To viewers already receiving a cable or satellite network, the benefits of Off-Air antennas are compelling. There is only so much room on cable or satellite bandwidth in which to squeeze signal, so data is compressed to fit, resulting in a somewhat “soft” picture. An OTA signal is the gold standard in digital reception because it’s almost completely uncompressed and also FREE. Local digital TV broadcasts are everywhere. But bandwidth limitations force cable and satellite providers to not carry all local channels in many areas, or may not offer all of them in high definition. Contract disagreements between local cable operators and local broadcasters mean that major networks may not be available in several areas. DISH Network offers local HD coverage to about 47 percent of U.S. markets, while DIRECTV reaches about 76 percent, but for an additional monthly fee.

“What about those other millions of viewers who want to see their favorite local shows and in HD” asks Schneider? “The answer is to add an OTA antenna to other signal reception sources”. This not only gives a viewer the ability to receive all their local stations, but, with the right digital antenna and location, some viewers may even be able to receive out-of-town channels, carrying blacked out sports programs or network broadcasts not available in their home town. As an added benefit, an OTA antenna provides back-up reception options for local cable or satellite signal loss due to equipment failure or rain, snow and ice fade and to smaller TVs and second sets in homes not wired for whole-house signal distribution.

Antennas Direct is a St. Louis based manufacturer and distributor of Over-The-Air antennas. The company was founded by Richard Schneider in 2003, and has since been widely recognized for superior product design and performance by a number of industry publications and main stream media outlets. Having invested major resources into the discovery and implementation of the first new technological advances in television antenna design in decades, Antennas Direct launched its unique new Digital brand of OTA antennas in 2006.

The Digital lines of OTA antennas are designed to tune to the frequencies where most DTV broadcasts occur, doing a better job of rejecting interference (Multi-path). The results of the new designs have allowed them to produce smaller, more powerful antennas that combine optimized performance with a streamlined appearance, providing the best of both worlds. They continue to constantly test and modify antenna designs, raising the bar by which antenna performance and appearance are measured. For additional information on Antennas Direct, visit
http://www.antennasdirect.com/index.html 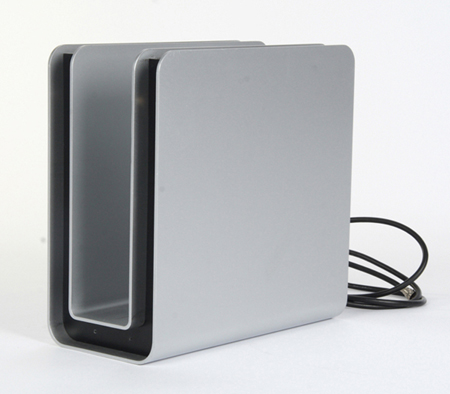