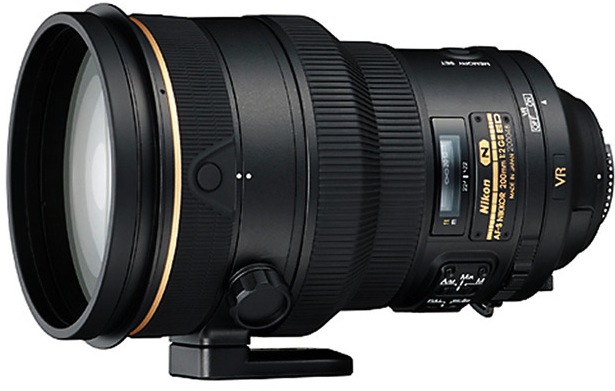 Additionally, the NIKKOR 200mm f/2 VR II incorporates an Internal Focusing (IF) system that allows movement of the optical elements within the lens barrel and does not change barrel length. Three focus modes are featured, with an A/M mode added to the conventional M/A and M modes. The optical construction consists of 13 optical elements in nine groups including three Extra-low Dispersion (ED) glass elements and one Super ED glass element that effectively minimize chromatic aberration, even at the widest aperture settings. Also included is a Tripod Detection Mode, which automatically compensates for minute vibrations when mounted on a tripod and allows users to keep VR image stabilization on and active — even when the camera and lens are mounted on a tripod. The 200mm f/2 is optimal for all types of shooting including weddings, portraits, sports, nature, and fashion due to its quick response and detailed lens design.

Exclusive core NIKKOR technologies play a fundamental role in the design of the new lens, which features Nikon's exclusive Silent Wave Motor (SWM) technology for quiet, fast and accurate autofocus performance. The optical construction of each lens utilizes Nikon's proprietary Nano-Crystal Coat to minimize flare — both internally as well as from backlit subjects. Further ensuring exceptional image integrity is Nikon's Super Integrated Coating (SIC) for color consistency and reduced flaring. The lens also incorporates a nine blade diaphragm, to help achieve a dramatic separation between subject and background with a natural out of focus area (bokeh) coveted by today's image-makers.

Price and Availability
The new telephoto AF-S NIKKOR 200mm f/2G ED VR II will be available early October for an MSRP of $5,999.95.

PC Magazine2 years ago
You Are Here