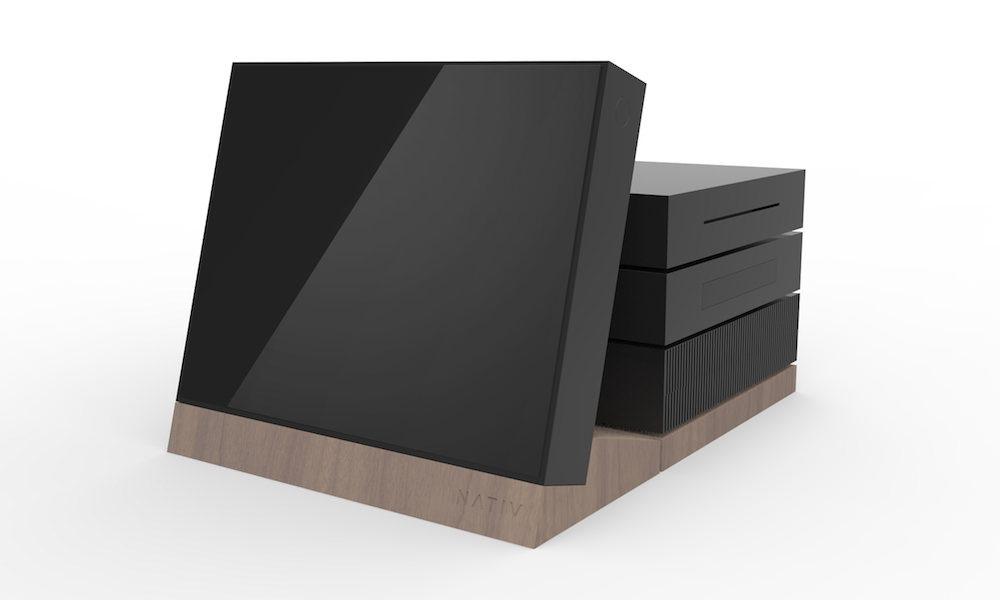 On April 11, 2016, Nativ launched an Indiegogo campaign for an innovative in-home wireless hi-res digital music system with an 11.6-inch touch screen controller that sits on a desk-stand. The up-right touch screen part of the system is called Nativ Vita, which acts as the control center and comes with storage capacity up to 4TB. The complete Nativ system also includes the Nativ Wave USB DAC and headphone amplifier, Nativ Pulse power supply, and Nativ Disc CD ripper (announced today). All items together can now be pre-ordered for $3000 (discounted from $4850) with delivery expected in October 2016.

Nativ Vita comes with a built-in multidirectional microphone and innovative voice control. Simply tell it what to play, adjust the volume or skip to the next track. Nativ Vita integrates the latest wireless technologies to stream high fidelity music to virtually any wireless speaker or headphone, or delivers music in bit-perfect quality to your A/V receiver or DAC. Connect Nativ Vita to your TV and enjoy the latest music videos, or conveniently navigate your library on the big screen. 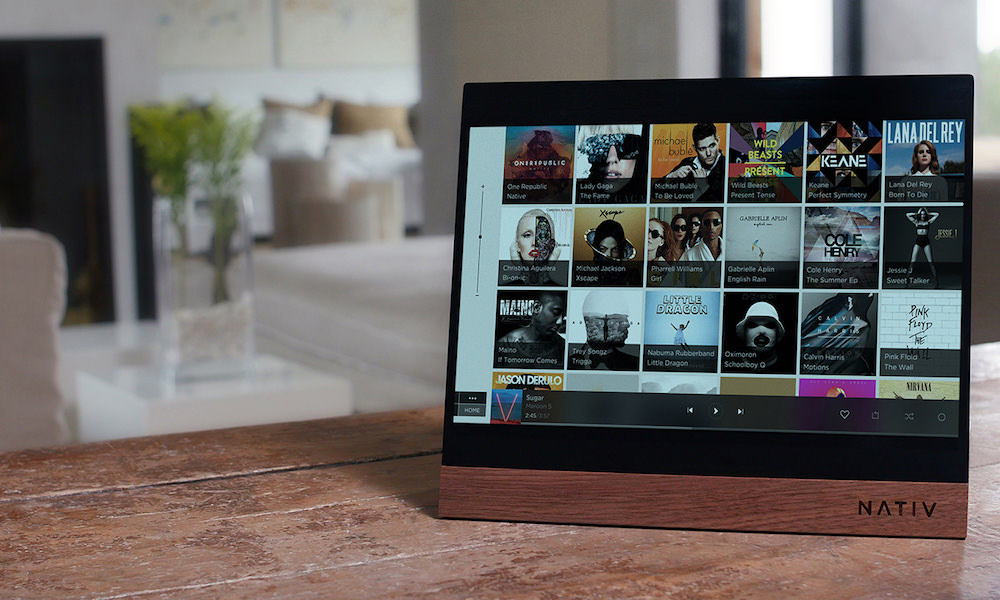 Nativ Vita plays popular streaming services such as Apple Music, Spotify or Tidal directly from the built-in LCD, and stream stunning music videos to your TV via HDMI or wirelessly with Google Cast. Nativ Vita supports Apple Airplay, Spotify Connect, Google Cast and Bluetooth aptX for seamless integration of your mobile devices, and plays music from your Mac, PC or NAS through its ultra-fast 802.11ac and Gigabit networking technology. Network music libraries can also be navigated with the pre-installed music interface from Roon. Large music libraries can be stored directly on the built-in hard disk or SSD drives with up to 4TB capacity.

Nativ’s high-resolution LCD uses the latest IPS technology for a brilliant picture from any angle, and acts as a central control interface to stream high fidelity music to virtually any wireless headphone or speaker, including popular solutions like SONOS and Bose SoundTouch. Audiophiles will appreciate the high-end digital output stage with independent ultra-low noise power regulators, galvanic isolation and a special in-line filter to eliminate jitter and noise from the audio signal. All music is delivered in bit-perfect quality to your A/V receiver or DAC via the asynchronous USB interface or four high-quality outputs for SPDIF and AES/EBU. Nativ Vita is designed for High-Resolution Audio and supports playback of DSD up to 11.2896 MHz (Quad-DSD), DXD and PCM files up to 32-bit/384 kHz.

The second pillar of Nativ’s new high-resolution music system is Nativ Wave, a high-performance DAC and headphone amplifier. Nativ Wave connects Nativ Vita — or other digital sources like your Mac, PC and TV — to your amplifier or A/V receiver to deliver audio in breathtaking clarity and detail. Inputs include a cutting-edge asynchronous USB 2.0 interface with a 16-CORE DSP from XMOS, and four high-quality terminals for S/PDIF (RCA, TosLink, BNC) and AES/EBU (XLR). Audio is processed in bit-perfect quality or upsampled to DSD (128x Fs).

The Nativ Wave is a state-of-the-art Digital-to-Analog Converter (DAC) and headphone amplifier that converts the music on Nativ Vita — or any other digital source—to beautiful sound. Nativ Wave is designed for the future of High-Resolution Audio and supports all major formats, including DSD up to 11.2896 MHz (Quad-DSD), DXD, PCM files sampled at up to 32- bit/384 kHz and Meridian’s new MQA format.

Nativ Wave incorporates a high-end headphone amplifier that is based a sophisticated dual-mono DAC design. It features an advanced 100% solidstate topology and delivers high output power of up to 1.75W over various loads, driving even the most demanding headphones. The amp’s high-speed buffer with a slew rate above 2000 V/ms prevents odd order distortion anomalies. Volume control is performed purely in the analog domain and delivers perfect resolution and dynamics at any volume level.

Clean power to the DAC is delivered by Nativ Pulse, a high-precision linear power supply with dedicated supplies for the analog and digital sections, 25 separate ultralow noise linear regulators and a multi-rail toroidal transformer to suppress power line disturbance and keep noise contamination to a minimum. With more than 50,000-Farad of storage capacitance Nativ Pulse delivers virtually unlimited impulse current and an excellent transient and bass response, allowing Nativ Wave to go from absolute silence to explosive dynamics in the blink of an eye.

The Nativ Disc is a bit-perfect CD Ripper that allows users to import up to 12,000 CDs into their Nativ Vita high-resolution music player. Nativ Disc is true plug-and-play and connects to Vita via bus-powered USB.

To import CDs into the Nativ Vita high-resolution music player, users simply insert them into Nativ Disc and they are automatically copied to the built-in hard disk drives in lossless FLAC, uncompressed WAV or lossy MP3 format. Nativ Disc repeatedly re-reads every CD to ensure a bit-perfect copy of the original performance.

All Nativ products are hand-build in small production lots and crafted from premium-grade 7000 series aluminum, Japanese-made Asahi glass and solid American Oak or Walnut. An optional wall-mount allows you to place Nativ Vita and Nativ Wave on the wall in just a few minutes.

Pricing & Availability
Nativ is launching its products through a crowd-funding campaign at Indiegogo. Before launch Nativ Vita and Nativ Wave are available in limited quantities for as low as  ($999) saving 50% or more over the official retail price. The first shipments are expected October 2016. 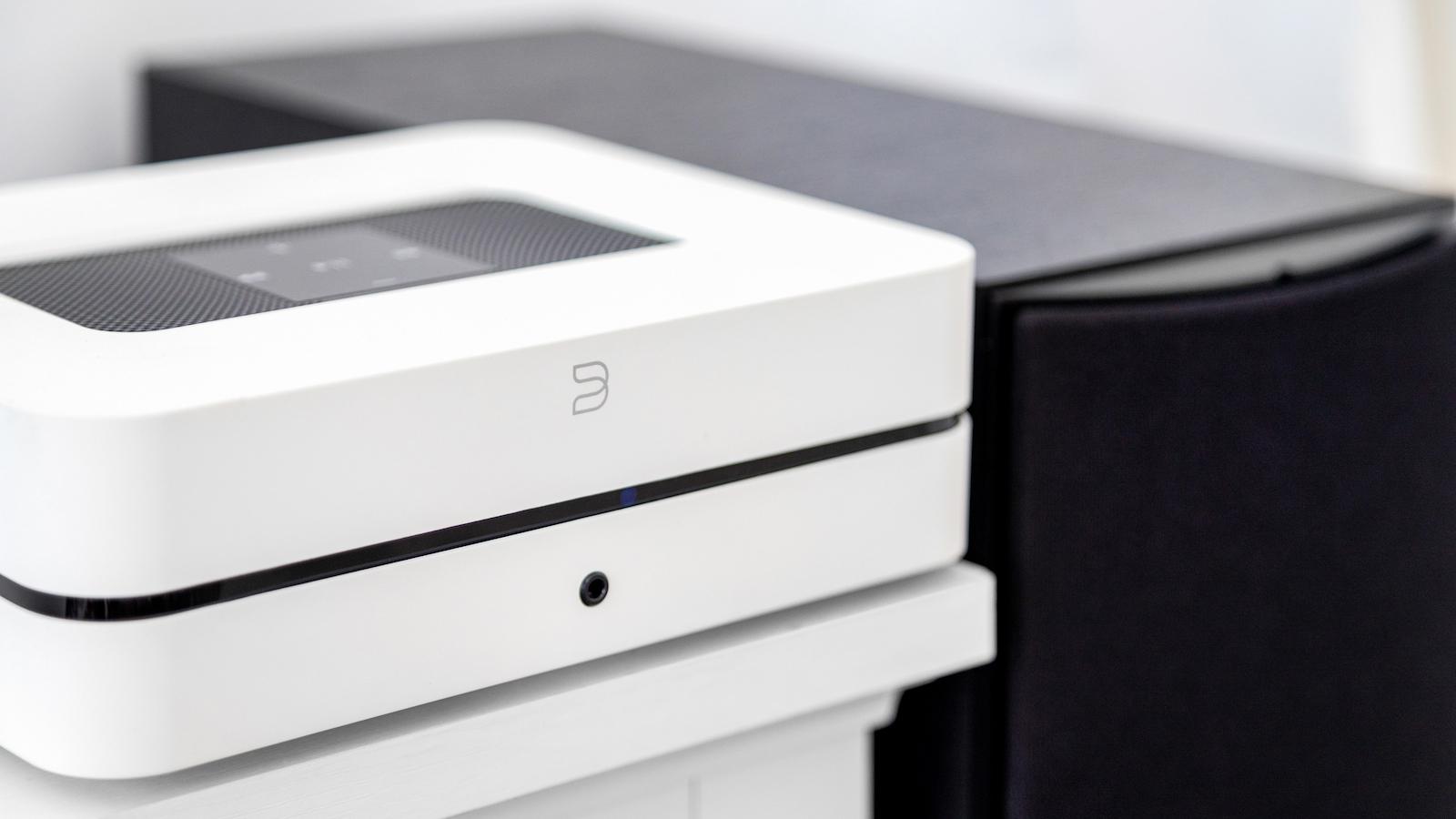 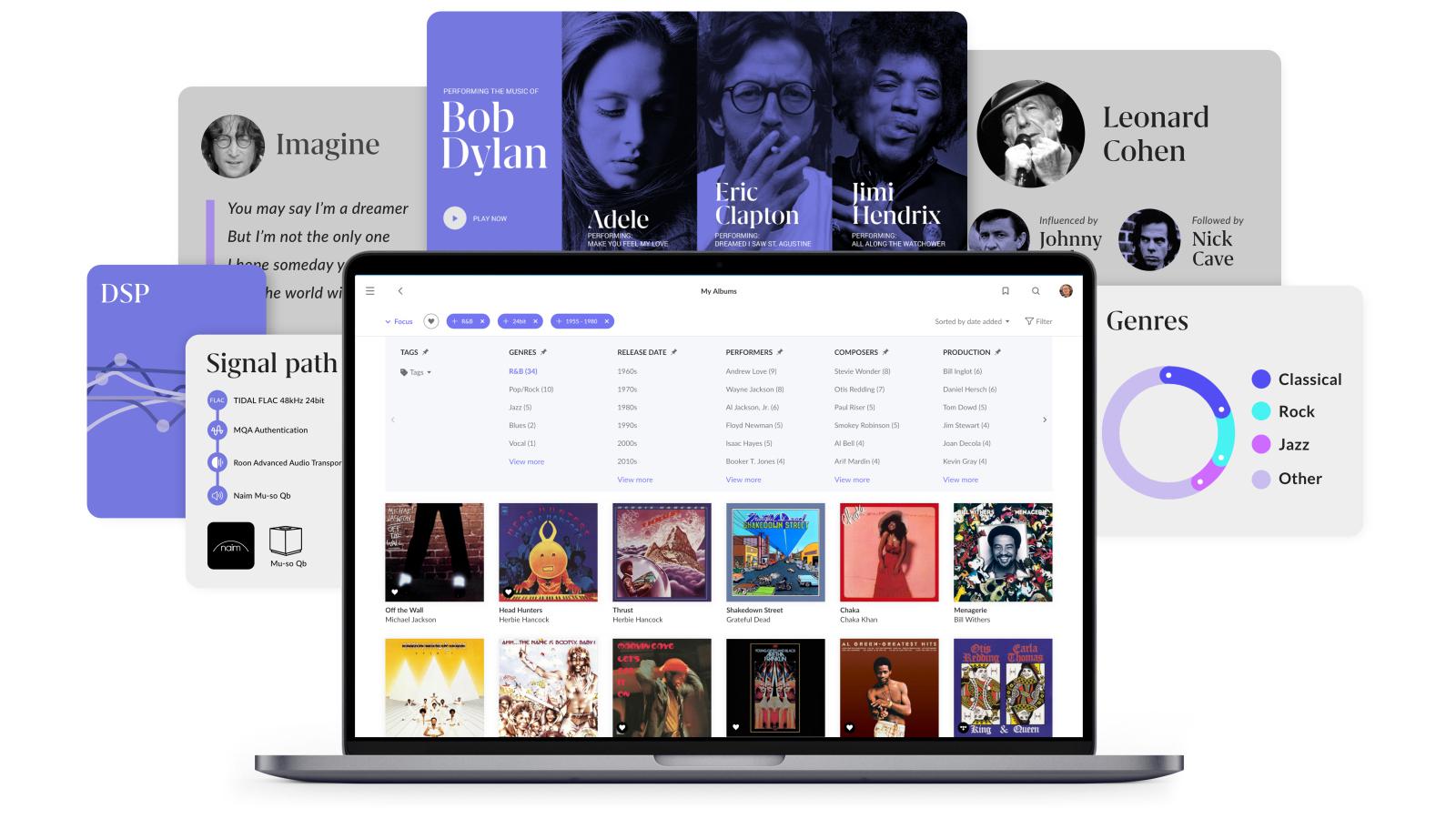