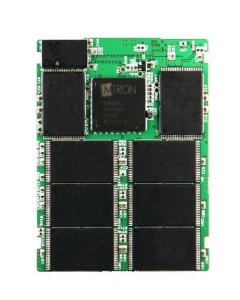 Mtronstorage Technology Co.,Ltd (KOSDAQ:046320), a global manufacturer of Solid State Drive (SSD) products in South Korea, announced today that they have completed the development of a new 1.8 Inch ZIF-type SSD for laptop PC and will begin production in April.

Mtron has previously launched 2.5 Inch 32GB SSD and Multi Level Cell (MLC) SSD in 2007, and Mtron believes that the addition of the new product will help them to take the next step in mobile SSD market.

With moving parts, Mtron’s 128GB SSD has no noise and the ability to resist up to shock and vibration and even consumes nearly 50 percent less power as compared with conventional hard disk drive.

SSD products were initially known to be ideal for laptop PC and mobile devices because of its Flash memory basis, but it was hard to implement them because of their low memory capacity and high prices.

Steve Jeon, CEO of Mtron, said, “With our new 1.8 Inch SSD, Mtron has added another great product line as a leader in SSD market, which is expected to grow into ten billion dollars in 2012. Our new product is a result of careful market analysis and research for consumer needs, and we will launch our new product in April so that we can satisfy their need for high performance SSD products.”

About Mtronstorage Technology Co.,Ltd
Established in 2005, Mtron is the pioneer in Flash memory solution world by using their technology on storage, server systems, and security systems. Mtron merged with Digital First in 2008 and changed their official name to Mtronstorage Technology. As worldwide leader in Flash memory SSD, Mtron focuses on R&D and market research in order to develop new SSD products for consumers and improve SSD industry around the world. For more information, please visit http://www.mtron.net