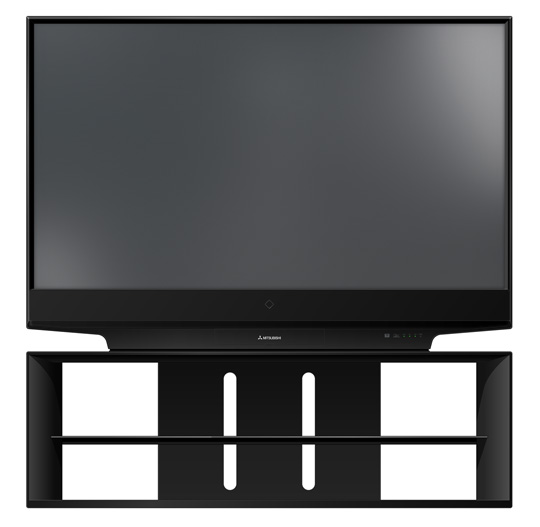 The new HDTVs are the largest microdisplay screens available, yet have ultra-compact cabinets that fit into many home theater rooms.

“These 73-inch sets deliver a large display high-definition experience that plasma can’t match,” said Max Wasinger, senior vice president of sales and marketing for Mitsubishi Digital Electronics America. “HDTV buyers realize that bigger is better and that DLP technology delivers the best picture out there. When they compare our size, features and performance to some of the other options on the market, more and more people are choosing Mitsubishi microdisplays.”

Mitsubishi’s WD-73732 and WD-73831 HDTVs create an immersive experience from any signal, including over-the-air broadcast, cable or satellite TV, as well as DVDs and video games. To deliver a perfect picture every time, the sets are loaded with the most advanced features to date, including PerfectColor and PerfecTint, exclusive Mitsubishi features that allow for independent color intensity and hue adjustment of six separate colors. The new sets all use digital 12-bit video signal processing for a sharp, clear and finely detailed picture that is sharpened even more by Mitsubishi’s 4D Video Noise Reduction technology.

As with all Mitsubishi 1080p HDTVs, the WD-73732 and WD-73831 are featured with Tru1080p and therefore process 1920 x 1080p inputs without down-conversion to deliver the full bandwidth of the incoming signal directly to the screen for a true two million pixel image. Their unparalleled corner-to-corner image uniformity and brightness is made possible by a larger reflective DLP chip combined with Mitsubishi’s patented TurboLight180 and high aperture lens system. TurboLight180 focuses light to the DLP chip more efficiently, generating a 10 percent brighter on-screen image than that produced by a standard 180-watt lamp system. What’s more, TurboLight technology does not increase the amount of power consumed or heat produced, so the life and performance of the lamp is not compromised.

Connectivity is simple thanks to Mitsubishi’s ClearThought Easy Connect, which recognizes components as they are plugged in and displays only active devices. The new models come with two HDMI inputs for a single cable interface between an audio/video source, such as a set-top box, DVD player, or upcoming Blu-ray Disc and HD-DVD digital video sources. The new sets’ IEEE 1394 (FireWire) multimedia connection enables low-cost, high-bandwidth real-time audio, video and data networking between the TV and other consumer electronics products, such as camcorders and HD-DVRs. Other features include three component inputs, TV Guide On Screen, a CableCARD slot and multi-format card readers to display digital photos and videos.